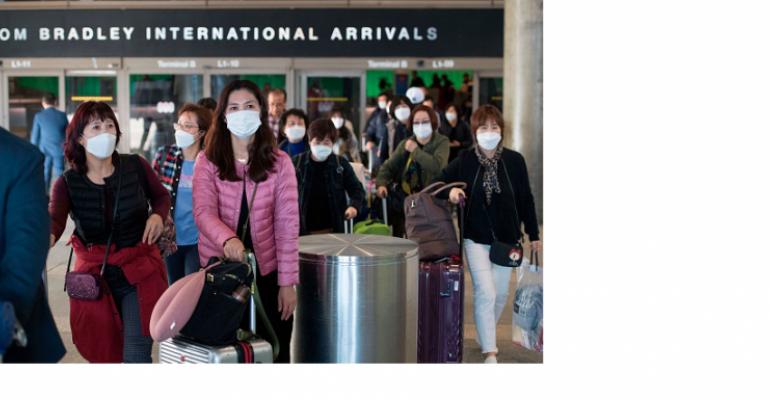 Keeping Up with COVID-19

The latest on how the coronavirus is infecting the meetings industry: cancellations, airlift reductions, corporate travel bans, and more

A number of developments within the past week underscore just how damaging the spread of the novel coronavirus is to meetings and events, not just in Asia-Pacific and Europe but in the United States as well.

• Short-Term Cancellation: An internal sales kickoff event scheduled for Orlando was canceled just one week before the event over coronavirus fears. Pleasanton, Calif.-based Workday, a provider of cloud-based business software, moved its March 2-4 event online. More than 3,000 employees were scheduled to attend.

• Longer-Term Cancellation: Facebook canceled its largest annual event scheduled for early May in San Jose, Calif. The Facebook F8 conference attracts more than 5,000 developers and entrepreneurs. Facebook, along with Sony and Microsoft, also pulled out of the Game Developers Conference scheduled for March 16-20 in San Francisco [update: GDC has been cancelled due to COVID-19]. In lieu of the F8 event, Facebook said it plans to bring developers together through locally hosted events as well as livestreamed content and other videos. Facebook has not yet provided details about when those gatherings will occur.

• Less Air Service: United Airlines, the largest U.S. carrier to and from Asia-Pacific, announced on February 28 that it is significantly reducing service across that region until at least late April. It is canceling service from Chicago, Los Angeles, and Houston to Tokyo from March 8 to 27, and then flying only between Chicago and Tokyo from March 27 until April 24. Service from Newark will be reduced through late April as well. Further, United flights from San Francisco to Singapore and Seoul will be reduced in that time frame. With all flights between Hong Kong and the United States suspended, United’s latest moves make it that much more difficult for people throughout the Asia-Pacific region to attend U.S.-based meetings and events for the foreseeable future.

• Travel Restrictions: In another blow to meetings and events worldwide, many large companies are banning or significantly curtailing employee travel for an undetermined amount of time. Amazon, Coca-Cola, Nestle, Proctor & Gamble, Cargill Inc., and L’Oreal SA are just some of the large multinational corporations taking this step to keep employees safe from coronavirus.

• Olympic Jitters: The fate of the 2020 Summer Olympics in Tokyo will be decided by the International Olympic Committee come early May, three months before the opening ceremonies. Dick Pound, an IOC member for 42 years, told the Associated Press on February 25 that the IOC would need to see some progress against the coronavirus by May. “They could certainly [wait until] two months out if they had to [but] a lot of things have to start happening. You've got to start ramping up your security, your food, the Olympic Village, and the hotels. The media people will be in there building their studios. This is the new war and you have to face it. In and around that time, folks are going to have to ask: 'Is this under sufficient control that we can be confident about going to Tokyo, or not?'" If the 2020 Tokyo Olympics are canceled due to coronavirus, the IOC and its partner organizations have a $1 billion policy to protect the event’s revenue.

• Advice from a Lawyer: Unlike the IOC, many organizations do not take out event cancelation insurance and thus expose themselves to financial risk, says Barbara Dunn, a meetings-industry-focused attorney with Barnes & Thornburg LLP in Chicago. In a recent article for the National Law Review, Dunn notes that besides protecting the host organization from losses incurred from outright cancelation, such a policy “also provides protection for losses sustained from having reduced attendance at a meeting due to a covered [incident or occurrence]. So depending on whether the circumstances affecting the meeting are covered under the policy, the coverage protects the bottom-line revenue earned from the meeting as well as any related expenses.” However, “often in event cancellation insurance policies, infectious or communicable diseases are excluded from coverage. If meeting professionals want to have coverage for infectious or communicable diseases, they should ask the carrier for an endorsement to cover such items.”