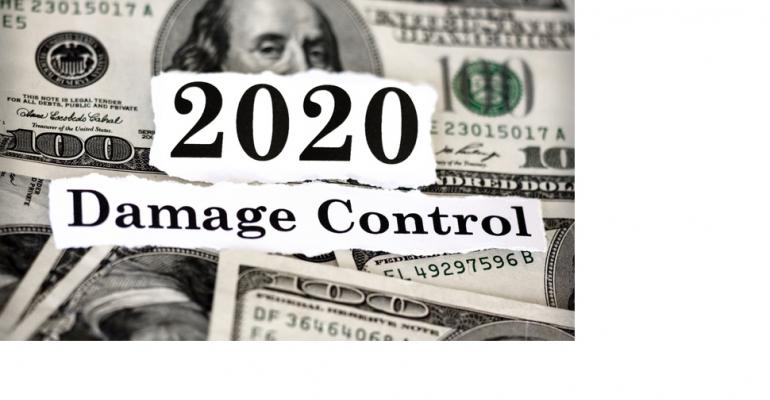 Hotel and Travel Industry Looks for $250 Billion in Government Aid

“The coronavirus has already had a more severe economic impact on the hotel industry than September 11 and the 2008 recession combined.” That was the headline from Chip Rogers, president and CEO of the American Hotel and Lodging Association, at a press conference following a March 17 meeting with the White House where he and others representing the hotel and travel industry made the case for a financial bailout.

Painting a picture of a devastated market, Rogers said that massive layoffs of hotel workers are expected in the next few days as occupancy rates have “fallen to staggering levels not seen before—somewhere between 10 and 20 percent in major markets nationwide.”

Rogers said that the hotel industry is estimating a loss of 4 million jobs and a full-year occupancy rate of about 30 percent in 2020. “This equates to $180 billion in wages and a $300 billion hit to the national GDP. This is crippling the hotel industry, the communities they serve, and the U.S. economy.”

Jon Bortz, CEO of Pebblebrook Hotel Trust outlined the impact the virus is having on his company’s operations. Before the pandemic, Pebblebrook had 54 hotels and 8,000 employees. “In the last week, due to occupancies falling into the single digits, we let go over 4,000 employees. By the end of the month, we expect another 2,000 employees will be let go. And we’re looking at closing the doors at more than half our properties. This is the reality we and countless other owners and operators around the country are facing because of the health crisis and the elimination of demand.” Doug Dreher, president and CEO of The Hotel Group, also spoke of closings and the loss of a third of his workforce. “It is for us the great depression, utterly devastating. We’ve tried to get ahead of it. We’ve talked to lenders, but we need help. The human toll breaks your heart.”

What help are they asking for? The hotel industry is requesting $150 billion in direct grants to help keep workers on the payroll and allow hotel operators to pay their mortgages while revenues are at a standstill. And that’s just the lodging segment. Roger Dow, president and CEO of the U.S. Travel Association brought a broader perspective to the press conference, speaking for the entire travel industry including the “all-important convention and meetings business.” He said another $100 billion would be needed to stabilize the travel industry’s economic crisis beyond the hotel market.

“We’re facing a catastrophe that is sudden and needs to be fixed suddenly,” argued Dow, who underlined the urgency of the situation and said that the lost jobs from the travel industry alone “will take the economy from 3.3 percent unemployment to 6.3 percent and could usher in a recession. That’s why action right now is important.”

The lodging industry executives said they felt heard by President Trump, Vice President Pence, and cabinet officials at the White House meeting. Now, as the federal government works through a reported $1 trillion stimulus package to rescue the U.S. economy, it’s a wait and see period for hotels and travel companies around the country.