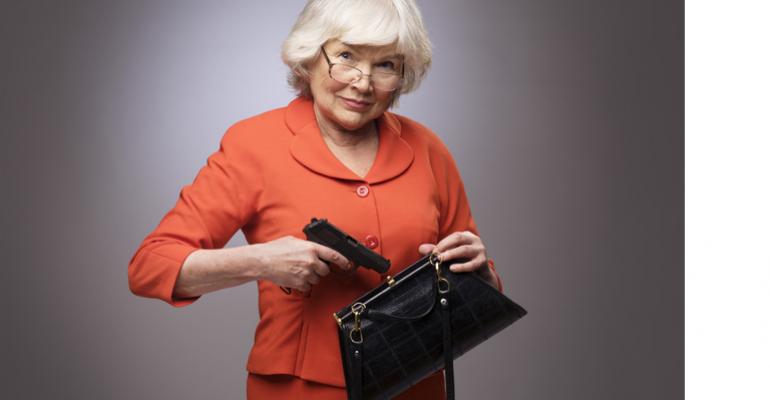 Gun Control: It’s in Your Job Description (or Should Be)

Asking the right questions and creating a clear policy will give you the ammunition to control firearms at your meetings.

When the Supreme Court ruled in June that a New York law heavily restricting the ability to carry a concealed handgun in public was unconstitutional, risk-management alarm bells began to ring.

Previously, the court had ruled that having a gun inside the home was constitutionally protected, but the new case decided that the Second Amendment protects an individual’s right to carry a handgun for self-defense outside the home.

As gun ownership continues to rise in the U.S., do meeting professionals need to be more concerned about the possibility that attendees will be carrying weapons into their events?

Yes and no, says Joshua Grimes, Esq. of Grimes Law Offices, LLC. For the most part, his advice to meeting professionals has not changed since the Supreme Court ruling, but there may be more urgency to his recommendations now.

“This is something you need to ask [venues] about before your meeting,” he says, “maybe even before you sign the contract.” It’s not so much about researching whether guns are permitted in your destination, he says, because guns are allowed pretty much anywhere now. Instead, it’s about whether you want to allow attendees to carry firearms; and if not, whether you have the right to restrict guns inside your meeting venue. Most hotels and meeting facilities prohibit firearms, but it’s not a sure thing. Also, be sure to ask if any types of weapons can be brought in, he says. “Maybe you can’t bring in a rifle, but concealed carry of a pistol is allowed. You need to know what the rules are.”

“Another thing that pertains to the initial stages of meeting planning and site selection is to check with your insurance company,” Grimes says. “It's getting harder these days to get insurance that covers any large event. Suppose you’re planning an outdoor event in a semi-public area; there is an increased risk these days of some sort of random shooting. And that is factoring into the ability to get insurance, and at reasonable rates.”

Grimes also advises planners to consider their need for on-site security. “It pertains to any event, but particularly if you're not specifically prohibiting guns,” and, again, for events held in public or semi-public settings. Security can help restrict event attendance to invited attendees and keep others out.

Make It Policy
“Guns are a fact of life in most parts of the country. It's a matter of minimizing risk for your group,” says Grimes. One critical responsibility for the meeting professional is to create and communicate a policy for attendees and speakers. “Every meeting should have a written firearms policy, created in conjunction with counsel, and posted on the event website and at the event entrances.”

While most organizations choose to prohibit guns, some allow attendees to check firearms at the door and others require them to be unloaded and concealed at all times.

Because guns have “increasingly become a political statement,” Grimes says the challenge for meeting planners is to write a policy that’s politically neutral—clear, nonjudgmental, and focused on safety. For groups inclined to allow firearms, Grimes advises them to reconsider that position if the event involves alcohol.

“Whatever your policy is, it needs to be circulated to attendees in advance,” he adds. “You don't want someone showing up at the door and arguing about the policy or, because they say they didn't have notice, showing up with their gun and not having a place to keep it.”

“The clients that I tend to deal with do not want people to carry weapons at their meetings, but I respect that there are others who feel differently,” Grimes says. The bottom line: “Every meeting really needs to have a policy because you can't assume anymore that people aren't going to bring a firearm to your meeting.”