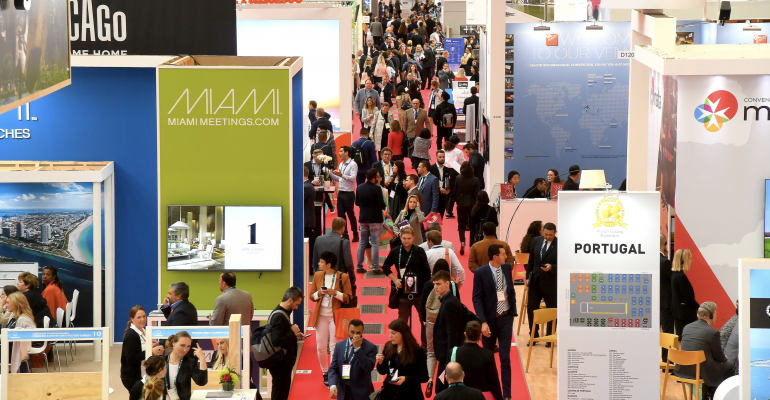 IMEX executives explain why they’ve canceled the May event for 14,000 meetings-industry professionals.

Efforts to slow the spread of COVID-19, a.k.a. the novel coronavirus, has caught the meetings and business-travel sector in a wave of cancellations. The latest victim is one of the largest meetings-industry shows in the world: IMEX Frankfurt, scheduled for May 12-14 in Germany and expecting more than 14,000 meeting and event planners and exhibitors, is off.

This is not a decision we have taken lightly, and there are two overriding concerns that have caused us to make this decision at this time. First is the uncertainty caused by the fact that the German health minister has recently called for the ban on events with over 1,000 people which some German states have already endorsed, including the state of Hesse where Frankfurt is located. This announcement makes the probability of factors outside our control forcing us to cancel the show at the last minute much higher.

Second, our primary concern is always the responsibility we feel towards our exhibitors and partners, who fund the show–not only by purchasing stand space but also in the considerable additional investment they make in everything from the build of stunning stands to the hosting of buyer events.

Whilst only a short time ago we felt optimistic that May was far enough away to confidently proceed with our plans, as it stands today we cannot guarantee the one thing that our exhibitors trust us above all else to deliver—namely, a large-scale, high-quality hosted buyer programme. In an ideal world we would wait and see. But we are in the real world and we cannot, in all good conscience, ask our exhibitors to continue to invest money against which they may not get a return.

IMEX Frankfurt is just the most recent business event to cancel because of coronavirus. On March 10, UFI, the Global Association of the Exhibition Industry, released numbers that reflect the impact coronavirus has had thus far on companies across all industries that rely on trade events to conduct their business.

“Globally, the fact that more than 500 trade shows have not taken place in recent weeks is creating an escalating ripple effect for whole industries,” says Kai Hattendorf, managing director and CEO for UFI. Based on UFI data, the orders that exhibiting companies have failed to secure already add up to $26.3 billion globally. Of this, UFI estimates lost orders of around $14.6 billion for firms in Asia/Pacific and $11.1 billion in Europe. As additional events are postponed, these numbers will rise further. As an industry, the exhibitions field generates an average total economic output of $26.2 billion per month.

Many of the business events that are not taking place in Q2 2020 are being postponed but tentatively scheduled for later in the year, which would help to reduce the long-term impact. “But even short-term postponements have an immediate impact because they delay scheduled business and revenues. This poses an existential risk, in particular for small and medium-sized companies,” says Christian Druart, research manager at UFI.

Another segment of the business-travel industry—hotels and restaurants—is also facing severe difficulties because of event postponements and cancellations. For example, as of March 5, event cancellations at the Moscone Center in San Francisco have cost the city’s hotels about 150,000 room nights, according to local convention officials and estimates by the San Francisco Business Times. According to that media outlet, “officials say it's too early to quantify the economic impact so far, but the loss of those tens of thousands of attendees is expected to have a ripple effect across the city, with restaurants and other tourist-related businesses expected to suffer significant revenue declines.” Laurie Thomas, executive director of the Golden Gate Restaurant Association, whose membership includes hundreds of eateries in the city, says that she is budgeting with the expectation of a 50 percent drop in traffic to her two restaurants in the foreseeable future.

In another big convention city, Seattle, many restaurants expect the next few months to be a struggle for their survival. The result could well be fewer restaurant options for event attendees once meetings and events return to normal—whenever that might be.