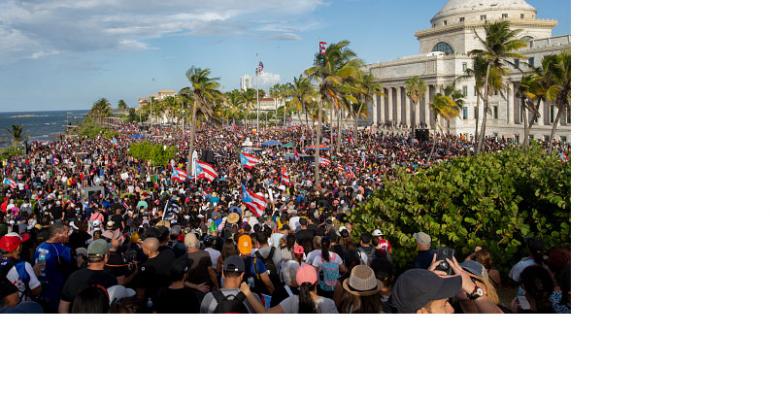 Two major cities on opposite sides of the world have seen business complications recently due to civil protests, some of which were not peaceful.

The past week saw two meeting destinations—Hong Kong and San Juan—endure street protests of more than 100,000 people. Although no convention center or business hotel had direct encounters with protestors in either city, tear gas was used on protestors and traffic was snarled in the central business districts of both cities.

In San Juan, protests finally began to subside after Puerto Rico Governor Ricardo Rossello announced late on July 24 that he would resign on August 2. According to the Puerto Rico Convention Bureau, the Caribe Hilton and St. Regis Bahia Beach had meeting groups in house during the week of protests, and the Puerto Rico Department of Education had about 1,000 directors from the public school system along with 20 exhibitors and several guest speakers at the Puerto Rico Convention Center. Ed Carey, chief sales officer for Discover Puerto Rico, told MeetingsNet that “no groups asked for our assistance to change or move their activities.” At present, though, “we do encourage those visiting the island to contact their hotels and local businesses they wish to visit to ensure that their plans run smoothly, and to allow additional time for travel, as there may be delays.”

In Hong Kong, protests that have been escalating since April reached a new level last week, with protestors taking over a shopping mall and both uniformed police and masked opposition forces fighting with protestors in the streets and subways. A spokesperson for the Hong Kong Economic and Trade Office in New York told MeetingsNet that “the vast majority of people taking part in processions do so in a peaceful and orderly way and affect only certain parts of the city for a defined period of time. Hotel and tourism operators will make necessary arrangements to minimize disruption to travelers. Unfortunately, some groups of protesters continue to resort to violence against police after processions have officially ended. As such, visitors are advised to avoid such areas.” The spokesperson did not comment on whether there were groups meeting at hotels in areas where protest activity was taking place. 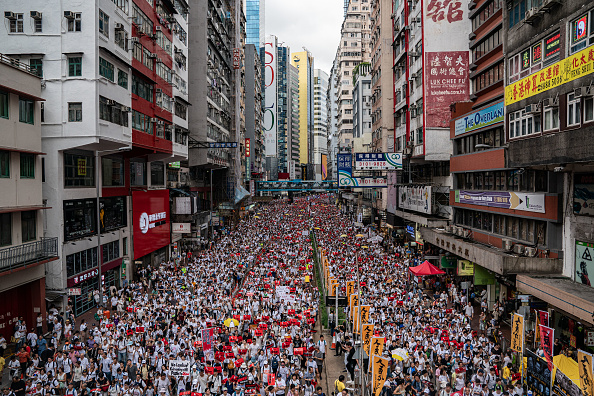 Some meetings coming to Hong Kong in the near future are making preparations in case the protests continue. In early September, the Natural & Organic Asia show run by London-based Informa PLC (parent company of MeetingsNet) will take place at the Hong Kong Convention & Exhibition Centre with more than 6,000 attendees. Gary Buckett, head of safety, security & health, Middle East and Asia Pacific Regions for Informa, says that right now “we are in direct contact with the HKCEC [Hong Kong Convention and Exhibition Centre] and also use a combination of open and closed sources to update our planning teams and all event travelers to any change in situations on the ground. When the planning team requests, we will provide a threat assessment on physical security needs as well as guidance on the viability of planned off-site events.”

One way Burkett’s team keeps attendees and exhibitors apprised of the situation is through WorldAware, a business continuity and risk management platform. Bruce McIndoe, president and founder of WorldAware, notes that if a meeting group has contracted to use an off-site venue in a destination experiencing civil unrest, “planners must assess routes to safely move between the hotel(s) and the venue. They should have situational awareness of the protest schedule and routes or protest gathering points to try to work around the disruption. The planner should also have the ability to communicate with all participants via both email and text/phone. This is vital to provide real-time information around the meeting and situation. As we have seen in Hong Kong, planners need to be prepared if the protests turn violent. This would include a shelter-in-place order and the ability to provide water and food for several days.”

Lisa Sommer Devlin, a meetings and hospitality industry lawyer who runs Devlin Law Firm PC in Phoenix, stresses that while pulling all off-site events into the host property might be a possibility for groups facing civil unrest in their host city, “fear alone is not enough as a basis to cancel” a contract with a venue at no cost. “A group can always cancel; it is just a question of if they have to pay. It would be a good idea to have something in the contract with the venue that states it is a force majeure situation if there is ‘civil disorder or protests within X blocks of the venue or along the routes required for travel from hotel to the venue.’” One factor influencing whether a venue might agree to such terms: Does that venue have business-interruption insurance?