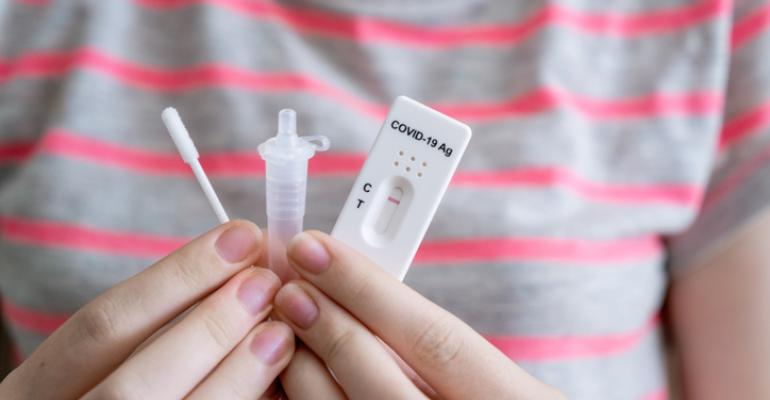 The Case for On-Site Testing Rather Than Masking

A doctor applies an easy-to-understand mathematical argument to two recent large events to show that daily testing of meeting participants is the best preventative measure.

Reported cases of Covid-19 in the U.S. on April 24 were 46,925, a 14-day change of plus 51 percent, according to the New York Times. But while planners ponder the right approach to keeping attendees, exhibitors, sponsors, and vendors safe from Covid during in-person gatherings—thus keeping their vulnerable family members at home safe as well—one doctor has addressed the issue with an approach that seems hard to argue with.

When it comes to event hosts leaving the choice of testing and masking up to the “individual risk tolerance” for each participant, Dr. Jeremy Faust, an instructor in emergency medicine at Brigham and Women’s Hospital in Boston, says in this Inside Medicine article that it would only work “if anyone had a reasonable idea of what their risks truly are. Unfortunately, they do not.”

He then compares two recent large events—the U.S. State of the Union Address held in early March and the Gridiron Dinner in Washington, D.C., in early April—to show why testing participants for Covid on each day of an event can greatly reduce the possibility of virus transmission.

Both events were attended by more than 650 people, including members of Congress, the Biden Administration, and the media; essentially, it was the same business and social circle. However, the State of the Union Address required same-day testing of participants, while the Gridiron Dinner did not.

His conclusion: “Right now, I would not attend a large indoor gathering without masks that did not have a testing requirement, because I have a four-year-old child who cannot yet be vaccinated. [But] same-day testing makes masking much less essential” for events.