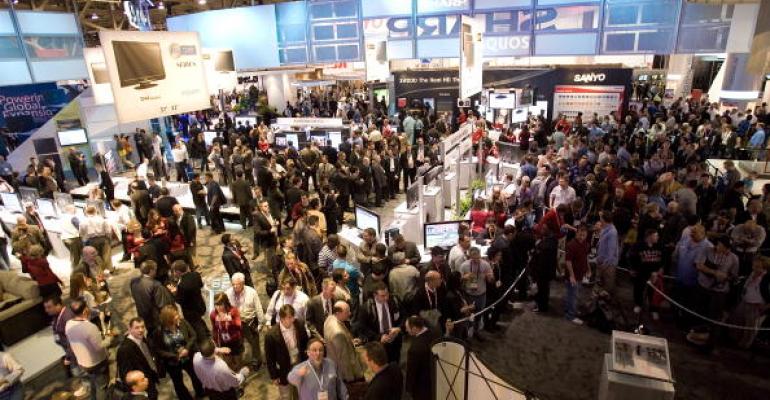 Amidst Event Cancellations, CES Adapts to Go On

With some events around the country being scrapped, the huge technology show has added another safety element beyond mandatory vaccination and masking.

As the omicron variant causes a rapid spike in Covid infection across the United States, many athletic- and theatrical-event organizers have made the difficult decision to postpone performances at their busiest time of year.

For business-event planners, the big question now is this: What happens to conferences and shows set to happen in the first few weeks of the new year?

In the case of CES, scheduled for January 5 to 8 at the Las Vegas Convention Center, the Consumer Technology Association chose to stay the course but add more Covid protections. So, in addition to an initial requirement that all participants show proof of full vaccination, show organizers will now supply participants with Abbott Labs BinaxNOW Covid self-testing kits when they pick up their badges. Each kit contains two tests to be used while attending the event; the tests provide results from self-administered nasal swabs after 15 minutes.

With approximately 100,000 attendees and exhibitors from around the world expected to attend, the cost of supplying tests would be significant. In an internet search of vendors who sell BinaxNOW kits containing two tests, MeetingsNet found prices for orders of at least 120 kits ranging from $16 to $24 per kit.

While showing a negative result from a test is not required to enter any CES venue, CTA is encouraging participants to test themselves within 24 hours of first entering the show and again the following day.

In addition to the vaccination requirement and self-test option, masks will be required in all of CES's indoor exhibit facilities, in keynote and breakout sessions, and on shuttle buses.

Meanwhile, “we continue to see strong momentum, with new exhibitors signing up every day,” said Gary Shapiro, president and CEO of CTA. The show typically draws more than 4,000 exhibitors; this year, about 2,200 are expected.