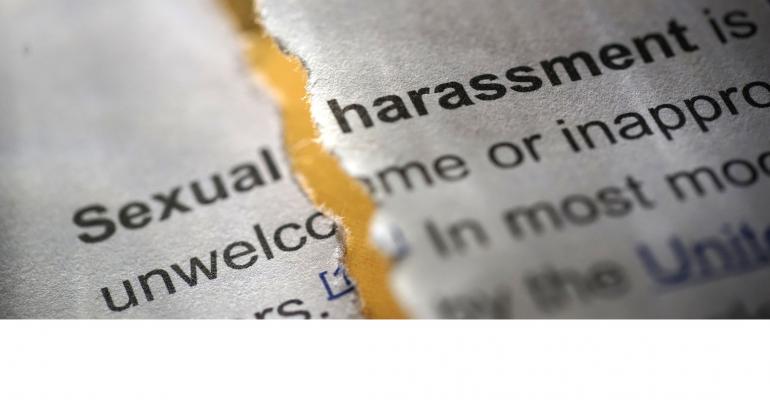 3 Must-Have Components in a Conference Code of Conduct

Your best chance for harassment-free events is to start with a well-crafted code.

In a recent survey of business travelers, 60 percent of respondents said they had encountered some form of harassment at a conference or other business event. What’s more, a survey of meeting planners found that more than one-third had to deal with claims of harassment among participants at at least one of their events. So said Stephanie Davis, president of consulting firm Employment Practices Solutions, at the start of her May 28 MeetingsNet webinar entitled “Back Off! How to Design an Effective Meeting Code of Conduct.”

In light of these findings, Davis, president of consulting firm Employment Practices Solutions, urged attendees to make sure their organizations had a code of conduct that is presented to all meeting participants—attendees, exhibitors, speakers, and service providers—both ahead of the event and when they first arrive on site. “Maintaining a respectful environment must be our overarching focus,” she said. “Failing to create such an environment can result not only in complaints you’ll have to deal with, but also lost trust, morale, and productivity, plus public relations damage and perhaps even legal liability. A code of conduct is the first step in establishing expectations among all participants, and in establishing a protocol for when those expectations aren’t met.”

Steps to Success
1. Values and Examples. Davis stressed that codes of conduct should be kept simple and straightforward rather than “getting bogged down with specific definitions of what rises to the level of inappropriate behavior.” Instead, “include a statement of values, and put the emphasis on respect—it’s not about how you perceive your words or actions; what’s relevant is how those words or actions impact the other person.” To be more detailed yet brief and memorable, “provide examples of what will not be tolerated, such as unwelcome comments, images, attention, and touching.”

2. Offender Repercussions. The code of conduct should also mention possible consequences for the offender. “Some people think that no significant consequences can be enforced at an industry event. But if you communicate that offenders will be barred from the rest of the conference, from future conferences, or even from association membership, all of which can be enforced” and come to the attention of the offender’s employer, “those can be real deterrents,” said Davis.

3. Victim Response. A code must include clear guidance on what victims should do if they feel they have been harassed. Options include direct numbers to call or text, or the ability to inform any staff member on the event floor who would then communicate directly with event management. Furthermore, “society is increasingly acknowledging the role of bystanders in maintaining an environment of respect,” Davis added. “Even though bystanders have no legal responsibility, encouraging collective responsibility among your audience for reporting observed inappropriate behavior results in the best outcomes.”

When it comes time to investigate a reported allegation, “your process must make all parties involved feel that they will be taken seriously,” said Davis. “The investigation must be prompt, both sides should be able to share their perspective on the incident as well as witnesses, and everyone must be assured that what they say will remain confidential,” Davis said. “All of this must be done by a neutral third party—a staff member or an outside person—who knows the details of your code and how to handle each step.”

Lastly, what should a meeting host do if someone who makes an allegation changes his or her mind and does not want to pursue the matter? “You still need to look into whether the behavior was problematic,” Davis said. “If you apply the policy inconsistently, it can affect your organization’s reputation, its future events, and maybe even invite legal claims.”

What Airports Are Doing to Welcome Travelers Back
Jul 27, 2020