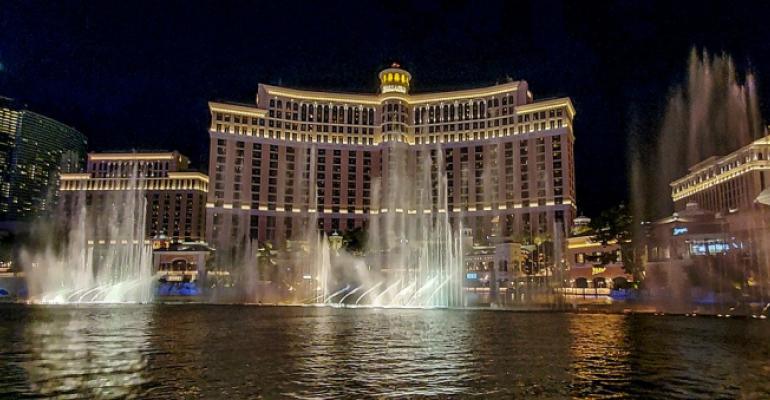 The Bellagio Hotel and Casino in Las Vegas is one of the MGM Resorts that will temporarily shut down to combat coronavirus spread.
Global Events Planning>Risk Management

MGM Resorts International and Wynn Resorts make an extraordinary decision, while a major meetings-industry coalition acknowledges such steps are necessary.

MGM Resorts International and Wynn Resorts are leading the efforts to thwart the spread of COVID-19 in Las Vegas, with the unprecedented decision to temporarily close down properties.

For MGM, this impacts nine resorts and one event venue: Aria, Bellagio, Excalibur, Luxor, Mandalay Bay, MGM Grand, Mirage, New York-New York, Park MGM, and T-Mobile Arena. The company has said it will not accept reservations for stays prior to May 1. In addition, Wynn has announced that its Wynn Las Vegas and Encore properties will be closed for at least two weeks as of March 17.

“This is a time of uncertainty across our country and the globe and we must all do our part to curtail the spread of this virus,” said Jim Murren, chairman and CEO of MGM Resorts, in a statement. “Despite our commitment to dedicating additional resources for cleaning and promoting good health, while making difficult decisions to close certain aspects of our operations, it is now apparent that this is a public health crisis that requires major collective action if we are to slow its progression.”

MMB Backs CDC
The reasons for the closures mirror the mood of a statement released Monday by Meetings Mean Business, an industry-wide coalition focused on the value of the meetings and conferences to businesses and communities. While MMB originally was originally formed to deliver research and broaden awareness of why meetings should not cancel in an economic crisis, the coalition has put its support behind new federal guidelines radically limiting events through mid-May.

“In these unprecedented times—and to prevent the further spread of COVID-19—the Centers for Disease Control and Prevention (CDC) recommends that ‘for the next eight weeks, organizers cancel or postpone in-person events that consist of 50 people or more throughout the U.S.’ As industry leaders who are driven by a responsibility to our clients, customers and employees, this is certainly not a directive we were hoping to see. However, it is one we intend to follow,” reads the MMB statement.

The group reiterated its commitment to the industry through the crisis, saying it would “lead the way with new resources; communications assistance for meeting professionals; a steady drumbeat of impact stories; and a plan for recovery.”

MMB also noted that decisions regarding its annual advocacy effort, Global Meetings Industry Day, scheduled for April 14, would be shared later this week.