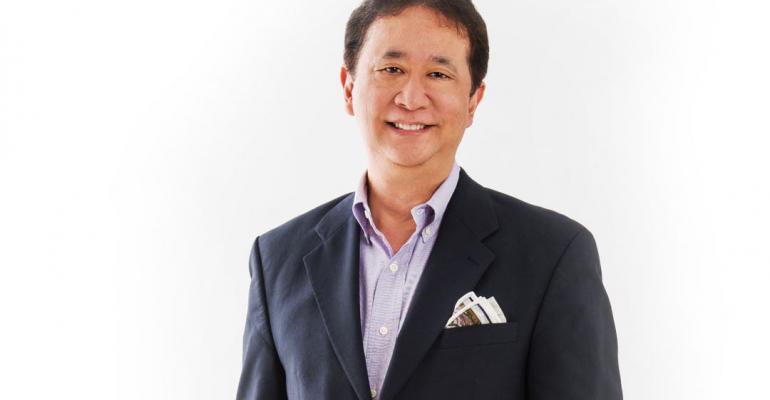 Meeting professionals can look forward to Mondays this summer to listen to a free podcast focusing on strategic meetings management, F&B, and meetings and hospitality industry careers.

In this week’s podcast, Kevin Iwamoto, a senior consultant at Goldspring Consulting, a graduate of the University of Hawaii and the Wharton School, former travel and meeting professional at Disney, Hewlett Packard, and Lanyon among other companies, and a former president of the Global Business Travel Association. He was chosen by MeetingsNet to be a 2016 Changemaker. Iwamoto discussed his career, the influence of growing up on an island in the Pacific, the benefits of an entertainment background, and why sometimes you have to be the parent in the room.

Here is an edited taste of the discussion, for the full podcast click here.

Bryan Plofsky: When did you realize traveling and the meeting industry was your life?
Kevin Iwamoto: I was born and raised in Hawaii where the tourism industry and hospitality is the largest employer so of course I was exposed to it at a very early age. And, frankly, living in the middle of the Pacific Ocean, unless you get on an airplane, you’re really not going to see the world. Working for the airline you get to see all these places you see in picture books.

BP: How did you become involved with meetings?
KI: I was wrapping up my role at Hewlett Packard and was going to move into another travel role for a large financial company when the CEO of one of my suppliers called me and asked me to dinner in Philadelphia. I thought, “What the heck, free trip!” He pitched me on joining them in an executive role to help them develop industry relationships, and I thought it would give me the opportunity to learn something new and expand my resume. I’m so grateful I made that leap of faith; it’s a second career.

BP: We are in a world now where the thing you start doing might not be the thing you end doing.
KI: Absolutely! You have to be flexible to survive; that’s one of my career mantras.

BP: Your Twitter bio says “former entertainer.”
KI: That’s going back to my teenage years! Everything serves a purpose. I learned a lot about public speaking, being onstage, being aware of your audience. All those things really helped me in my professional career in the business world.

BP: What are the top questions you get from clients or industry people?
KI: When you think about consulting, you think about giving advice, but it is the opposite. It is me listening to clients and asking them questions to figure out what is the scope of their concern. What is the top priority for them? A lot of times when people come to me for advice they are very emotional and it is my role to separate the wheat from the chaff and be logical. I point out pitfalls and benefits. I do a lot of listening. Consultants who do a lot of talking don’t serve the client very well.

BP: Your book, Your Personal Brand, covers this.
KI: The book is authentic. It’s the crux of my personal brand and you will rarely see me deviate from that authenticity and consistency.

BP: You are the General Data Protection Regulation expert. How will GDPR change the industry?
KI: GDPR is the European Union updating its data privacy rights policy for the Internet age. Unfortunately, the American marketplace probably has the worst data privacy standards for individuals. The meetings and events industry has grown up with a lot of bad habits, such as sharing passcodes and registration lists and not encrypting data. These things have to either go away or be reformatted to be compliant. On a positive note, it helps us to clean up our own act to safeguard data privacy and respect individual rights.

BP: What is your biggest pet peeve?
KI: People going to a meeting unprepared. If I’m investing an hour, everyone else should be that invested. I have called people out for that, saying, ‘you can leave, come back when you feel you can commit to this meeting.’You have to be a parent sometimes and give people time out. The inverse of that is, when I went to Lanyon I inherited a team of Millennials and in one-hour meetings, I would lose them after 15 minutes. I learned to have shorter meetings. I learned to respect their time and they learned to respect mine.