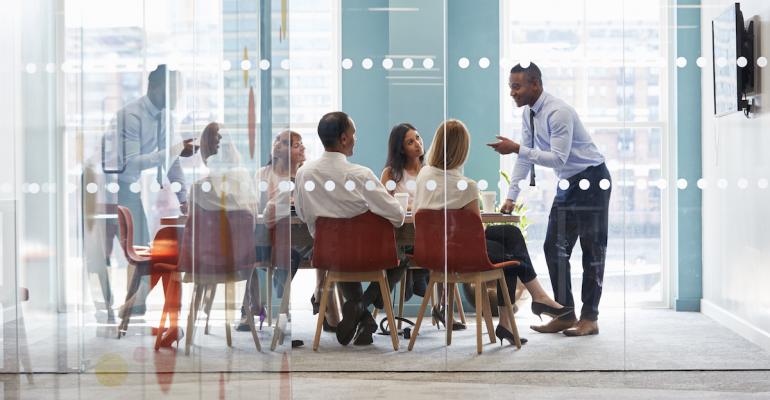 Meetings Are Essential, So Why the Bad Press?

Read these tips from meeting pros and business leaders to make sure your staff meetings don't get compared to torture.

Meetings seem to be getting some bad press lately. The June 28, Bartleby column in The Economist called meetings, “a form of torture for office staff” and compared the average employee’s enthusiasm for a meeting to Prometheus awaiting the eagle to peck at his liver every day. Bloomberg News posted a video on July 8 suggesting that reducing the number of at-work meetings boosts employee morale and productivity, and quoting Harvard University research that indicates 4 to 6 attendees is the ideal number for an in-office meeting because it promotes more meaningful discussion than a larger one.

GE’s new boss, John Flannery, has called for “little or no meetings where possible” and Elon Musk once called excessive meetings a “blight.”

So why all the hate for meetings when they are the most efficient way to make decisions and keep your team in the loop?

The Economist column suggests that the problem may be that no one likes to go to meetings but at the same time no one wants to feel left out. The key to a productive meeting is knowing your audience; smart managers avoid inviting the entire department and stick to just those people who need to be consulted or kept in the know on an issue.

One solution proposed by Bartleby is for all meeting participants to prepare by reading the agenda and associated materials beforehand. In real life, finding the time to do that can be an additional burden and leads to different levels of preparation between meeting participants which can increase friction. Jeff Bezos, CEO of Amazon, prefers to read all the relevant materials in the meeting during a “silent start” so that everyone is literally on the same page.

One good tip from The Economist column comes from Jay Bevington, a partner at Deloitte consulting company, who advises planners to resist the temptation to put the most important agenda items last because they are typically the most contentious and may delay resolving easier issues. This, he says, just puts off hard decisions, which may be time sensitive. By putting the tough issues first, they have a better chance of getting resolved before the end of the meeting.

Dave Eckberg, director of operations at Bishop McCann in Chicago, says determining the meeting objective is critical to how it should be managed. He suggests asking yourself, “Are you focusing on your attendees or delivering a message?” Delivering a message can be done via a conference call with less disruption than making employees leave their desks. When the meeting is necessary a meditation or simple yoga practice can center the team. Eckberg says, “You would be surprised at how impactful this can be.”

Richelle Taylor, vice president of strategic marketing at One10, recommends stating the purpose of the meeting upfront so that participants can come prepared, or even opt out if it isn’t relevant to their priorities. She says, “When people understand the mission, you are more likely to stay on track.”

Bartleby’s idea to stop meetings from going into overtime is to impose a two- or three-minute time limit per person for comments. Taylor agrees, “Any step to better maximize people’s time is appreciated.”

Click here for some more tricks to energize your staff meetings.