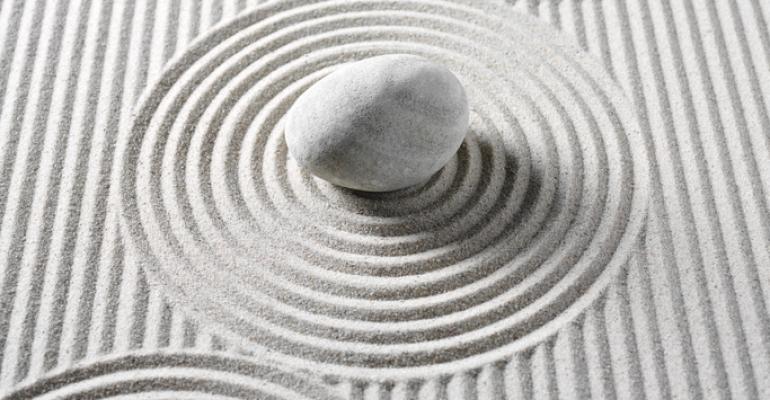 For Marriott International Hotels, multiculturalism is not just a buzzword, but a key to its business strategy. Omoiyari, or the concept of having empathy during human interaction, is a required part of training for staff who interact daily with guests from other cultures.

Recently, more than a hundred department heads and managers gathered in the Manhattan Ballroom at New York’s Marriott Marquis for a training to prepare them for the arrival of 2,200 high performers from Amway Japan. Seema Jain, Marriott International’s director of multicultural affairs, and Terri Morrison, the author of Kiss, Bow, or Shake Hands, went over practical strategies for the front desk, catering, and housekeeping to help Japanese guests feel cared for.

Jain regularly conducts trainings for Marriott staff on appropriately welcoming and hosting hotel guests. She runs courses on 13 different cultures, the three most popular being Indian, Jewish, and LGBTQ because of the significant wedding business Marriott handles for these groups. She has even given a training on hosting Americans at a hotel in San Francisco. “Many of the staff were from overseas and they just wanted to get some insights into how Americans like to be cared for,” she says.

To prepare for the arrival of the Amway Japan incentive program, Jain and Morrison began the session with an overview of Japanese culture, explaining that in general, the Japanese are quieter, don’t stand close to each other, and don’t typically shake hands. In practical terms, the attendees were told they should speak more slowly than usual in order to be understood rather than shouting, give guests their space, and bow when being introduced. If a guest does offer to shake hands then it is important to be gentle, gripping hard can be seen as a gesture of dominance.

Marriott staff members have already been meeting with Morrison and Jain to prepare their departments for such a large number of Japanese guests, and changes such as introducing fish and rice options at breakfast are already in the works, along with Japanese/English signage at buffets. However, additional comments during the training from Chieko Suzuki, senior account executive-Marriott International, gave the group additional action items including:
• Green tea in break rooms instead of coffee
• A welcome note in Japanese in each hotel room
• Plain wood Japanese chopsticks instead of the red, Chinese-style chopsticks the hotel typically provides.

The hotel staffers were also asked to get a sense of north, south, east, and west at the property as feng shui is important to many Japanese people and the incentive attendees may want to know which direction an exit faces.

Suzuki, who is Japanese but an American resident, said she and her team spent seven years negotiating the contract for the Amway group and was extremely proud that Marriott has invested in cultural awareness programs for all its staff. Because costs in New York are so much higher than Hawaii or Las Vegas, Suzuki was anxious to make sure everything was perfect.

Morrison held a quick quiz to see how much information from the morning sessions the assembled staff had retained, and then presented examples to help each department with its jobs during the incentive. She mentioned an airline survey that found that Japanese travelers are very sensitive to smells, particularly those of American travelers who eat red meat and drink caffeine and as a result have a different body odor. Morrison warned servers to stay away from strong cologne and perfume as it may interfere with a guest’s enjoyment of delicate flavors. She emphasized that harmony is paramount, so Japanese guests are less likely to complain when there is a problem. “If they don’t like the table they are seated at, they may compliment another table, saying how nice it looks near a window or away from the door, so you need to pick up on those cues,” Morrison said. She also mentioned the phenomenon of “bright eyes”—this is when people signal that they have a question or need something by looking directly at you without blinking. Rather than raising their hands, this is a more typical way that people from Asia attract attention. The flip side of this, for American hotel staff, is that many other cultures, including Asians, don’t always make direct eye contact during conversation, as it is seen as overly intense. They focus on the bridge of the nose.

While in New York, the Amway Japan group will visit museums and attend a Broadway show, but the highlight of the trip will be an awards ceremony at Madison Square Garden featuring big-name performers, circus acts, and a banquet. Morrison emphasized that all printed materials such as itineraries and menus should use the Japanese method of writing dates to avoid any confusion. The Japanese write the year first, month second, and day third.

The assembled staff members seemed keen to practice bowing for when they greeted the Amway group, and were shown the appropriate way to wave goodbye at the end of the visit. (Hint: small side-to-side gestures like British Royalty, not big waves and definitely no up and down gestures.) Jain and Morrison agreed that knowing just a few words in a guest’s language can make them feel welcome, so the session ended with all participants practicing the words they have been learning:
Yokoso = welcome
Arigato = thank you
Konnichiwa = hello