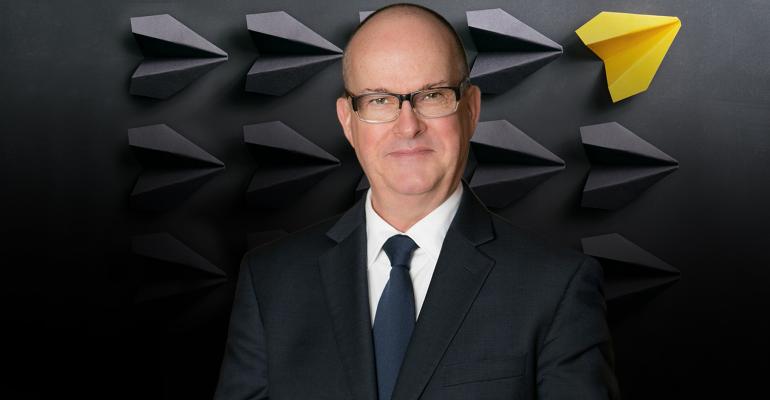 How I Got Here: Kim Boriin, CMP

I say I choreograph meetings—that was my initial passion in dance—but now I provide experiences for guests.

Joining the events industry was not part of Kim Borrin’s plan growing up, although it could be argued he was headed for a career as the main event. Boriin studied choreography and dance and went on to join Les Ballets Jazz de Montréal before moving to New York. Just like many people in the arts, he spent his fair share of time waiting tables and eventually joined the restaurant industry full time, working in every position including waiter, chef, restaurateur, and general manager. Boriin says of his time, “I firmly believe that the more life skills an event manager has, the easier it is for them to interpret in the planning stages the experience they are going to create for guests.”

Boriin points out that a good waiter can often anticipate what a diner needs before they know it themselves, and he can apply the same experience-based intuition when working with an event host. “I can identify what’s important because I look at things in a multifaceted manner.” For example, when planning incentives for sales producers, he looks at their spouses and guests as the primary audience. “Those are the most important people in the sales producers’ lives, and they are often overlooked. Making everyone happy is the most valuable takeaway.”

• Introduce your passion into your work

Boriin’s career in the restaurant industry was derailed after 9/11 when the industry slumped. He made his move into meeting and event planning after taking a short-term gig stuffing envelopes at Guardian Life. “While I was stuffing 1,500 envelopes with eight different inserts, the team realized I had a restaurant background and invited me to stay and work with them,” he says.

While it is not uncommon to find leaders from the Financial & Insurance Conference Professionals association who came from other careers, his colleague Sharon Chapman suggested he study for the Certified Meeting Professional qualification in addition to his previous qualifications from the University of Wisconsin, Milwaukee, and the French Culinary Institute. He says, “I would highly recommend that. It is an international recognition that you have a body of knowledge that is common with everyone. We work with multiple vendors and business partners, and if we can all communicate more efficiently together to get décor ordered or the catering menu developed and served, it just makes it that much simpler for everyone.” And there is another reason. “It shows my commitment to the industry,” he says.

Boriin has another recommendation for professionals starting out in the industry: volunteer for any opportunity that arises to show your company the extra value you bring to the job. “Once I was asked if I knew anyone who could come in and give some etiquette training to the junior sales force, and I said, ‘I have all this restaurant experience, I’d be happy to do it.’” He eventually created a successful program called The Brand Is You, which covers everything from phone skills to desk set up to entertaining clients in restaurants and formal settings.  He says the sales team was happy that the company invested in training for them, and Boriin became more valuable to the company because of it. “I’m not just the knife and fork guy. The program will ultimately make meetings between salespeople and their guests more comfortable and productive, and that’s what meetings and events are all about.”

Boriin was also an early adopter in the green meetings movement and the 2009 recipient of the Greenest Meeting Planner Award at the Green Travel Summit. He grew up canoeing in Northern Minnesota and doing other outdoor activities with his family, a background that instilled in him, “a great respect for the environment. Our approach was ‘trash in, trash out.’” When he was education chair on the board of directors for FICP, he joined the (then) Convention Industry Council panel on developing green meeting standards in tandem with the Environmental Protection Agency. “It fits naturally with my own inclination and I wanted to move the discussion forward for the association. If you can share your passion in your work, it can be a positional bonus for your employer, even though it may not be part of the job description.”

Boriin’s other passions, dance and food, have provided him with useful skills in the meetings industry. “I say I choreograph meetings—that was my initial passion in dance—but now I provide experiences for guests.” His past life as a chef and restaurant manager has also come in handy. Once, at a conference, an omelet station in an adjacent room was making the hotel lobby smell like food but the cooks resisted moving to an outdoor patio saying it wouldn’t work. Boriin, a former chef, instead of confronting them was able to reassure them. “I said keep your pan on the fire so it will stay hot and use half as much of the scrambled egg so it will cook twice as fast.” Just being able to talk to them helped the team realize he understood their concerns and had their back. When they did move, Boriin says, “They actually enjoyed cooking outside and the guests loved it too.”