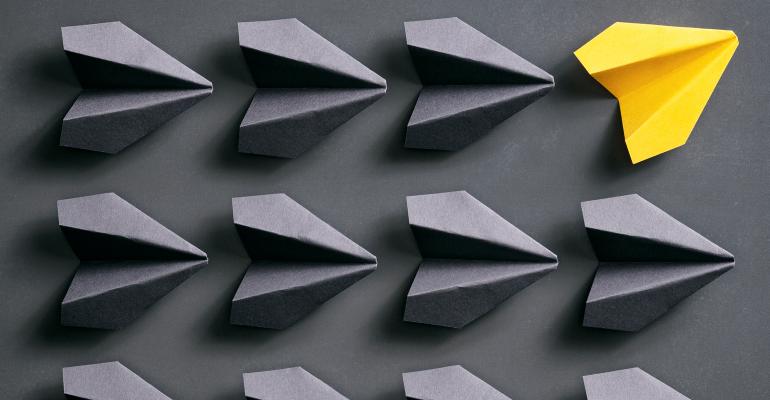 How to Get a Meeting Job

A recruitment specialist spills the beans

The Application
Meeting planning is all about forming human connections. Unfortunately, this can cause planners to misunderstand the job application process, according to Dawn Penfold, owner of MeetingJobs LLC. She says, “Usually, a machine algorithm, not a human, is looking at resumes and picking out keywords. If you don’t specifically mention required skills, the resume won’t get sent to a human.” Job candidates should read the job description and list their suitability for each part of it. Penfold says, “If the ad asks for three years incentive experience and knowledge of Cvent software, explicitly say you have both and put that information in your resume and your cover letter. Look out for keywords, the machine may not use ‘expo,’ ‘trade show,’ and ‘trade fair,’ interchangeably. Use the same words the ad uses. The technology will rank resumes based on matching skill sets with the requirements.” It may seem a little unfair that candidates are initially judged by an algorithm, but it is also a kind of test from the employer. Penfold says, “Qualified candidates can lose out on a job because they couldn’t show employers that they took the time to read the ad and are able to follow directions.”

Lateral Moves
Once employed, it can be tricky for a planner to switch specialties, for example, from corporate meetings to medical meetings. Penfold says, “It is difficult to move laterally and switch market segments. Be prepared to take a career step back.” She suggests doing freelance or volunteer work to get experience in the field you want to enter, but warns that while it shows interest, employers want to see experience with accountability in that field, not just volunteering. The good news is, even after taking a lower position, you should progress up the ladder in your new field very quickly because you already have the basics covered.

Industry Education
Depending on the job you want, training can be helpful, but it won’t outweigh experience. Penfold says that in 30 years of working in the industry, she has only seen three jobs that required the applicant to be a Certified Meeting Professional, but she also notes that when two candidates have exactly the same experience, the qualification can tip the decision in the CMP’s favor. The exception: candidates for a job in medical meetings should be able to demonstrate they understand the basics of the Sunshine Act and other appropriate legislation.

Sought-After Skill Sets
Penfold says that one of the most transferable skills a planner can acquire is social media and marketing. She says, “For the first time, there are four generations in the workforce,” which means that at one end of the spectrum is experience, and at the other end lots of tech skills. If a candidate can offer both, they have a head start.

Penfold’s Pet Peeve
If a job isn’t advertised as a work from home position, don’t ask to work remotely upfront. According to Penfold, most companies prefer to have an employee prove themselves in the office first.

The Salary Question
Another issue Penfold says can derail an application: Don’t skip the salary question. Many hiring officials will ignore an application if it doesn’t list a desired salary. At a minimum, it shows the applicant didn’t follow directions, but it also means hiring staff risk wasting time pursuing a candidate who won’t accept the approved salary for the vacant position.

Penfold advises job seekers to read industry surveys and look at their skills and experience to figure out what they are worth, including an average increase for changing jobs of 10 percent. Realistically, if the job and the applicant match, so should the salary. And if they don’t? “If you want $85,000 a year, tell them, or you will get called in for a $50,000-a-year job,” says Penfold.

Networking
Penfold, a past president of the Greater New York Chapter of Meeting Professionals International and board member for the New York Chapter of the Professional Convention Management Association, thinks joining an industry organization is a great way to network and learn about the industry, but don’t join with the sole purpose of job hunting. She says you will meet people who can advise you, and if you have a good reputation in the industry for volunteering and participating, you are more likely to get hired than an unknown, but mostly, Penfold says, “Networking opportunities are fun! You can learn from your colleagues, but it is also good to have a cocktail at industry events with people who get you and don’t just see you as a party planner.”

Covid Consequences on Med-Planners’ Work: Some Bad, Some Good
Nov 19, 2020