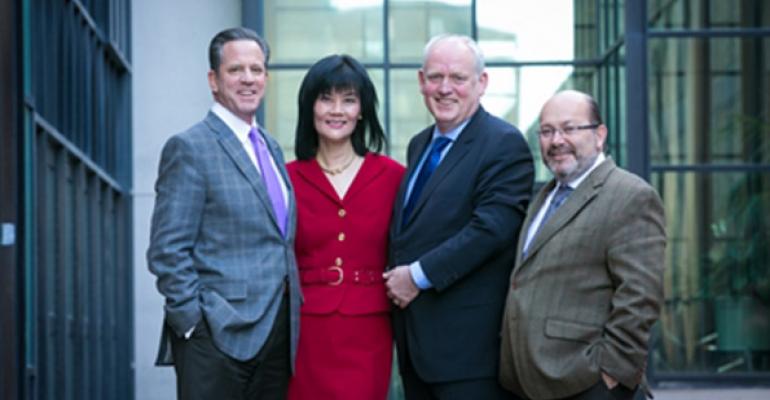 While Maritz Travel Co.—which includes Maritz Travel and Experient—already operates meetings and incentive travel programs worldwide in the corporate, association and tradeshow markets, the GGMs will ensure the company continues to meet client program needs as they expand beyond borders.

MARITZ IN THE CMI 25
Read more about our annual list of meeting and incentive companies.

“How organizations best design, ‘message,’ and deliver experiences can vary based upon global geographies and guest audiences,” said David Peckinpaugh, president of Maritz Travel Co., in a press release. “Eduardo, Ben, and Ping have a deep understanding of the broad industry and their respective regions, providing us with a unique opportunity to present clients with a more balanced and localized approach.”

More About the GGMs
Eduardo Chaillo remains owner of Global Meetings and Tourism Specialists LLC. Chaillo spent more than 12 years at the Mexico Tourism Board, where he helped establish partnerships with meetings industry organizations and strategic alliances with competing countries. He serves on the Professional Convention Management Association Board of Trustees and is the international liaison to the Certified Meeting Professional (CMP) Board. In 2013, he was inducted into the Convention Industry Council Hall of Leaders.

CIC's HALL OF LEADERS
See the full slate of inductees

Prior to joining Maritz Travel Co., Ben Goedegebuure spent more than eight years at the Scottish Exhibition and Conference Centre in Glasgow, Scotland. During his time at the SECC, he helped expand the organization’s global business, forged strategic partnerships with meetings industry associations, and launched SSE Hydro, Scotland’s national event arena. Before that, Goedegebuure served as director of marketing and sales at Congrex Group.

With more than 20 years at Experient, Ping He developed the company’s global service strategy, which led to the creation of its Global Sourcing Division, representing an average of 400 meetings in 120 cities and 50 countries annually, with bookings ranging from 50 to 25,000 attendees.

In 2012, she was honored by IMEX and PCMA as the first-ever Global Meetings Executive of the Year. She is also a member of PCMA’s Global Advisory Group, and is proud to serve as a member of Maritz Travel Co.’s Human Trafficking Steering Committee, which leads a companywide awareness program to inform employees of the important role travel companies have in protecting children.