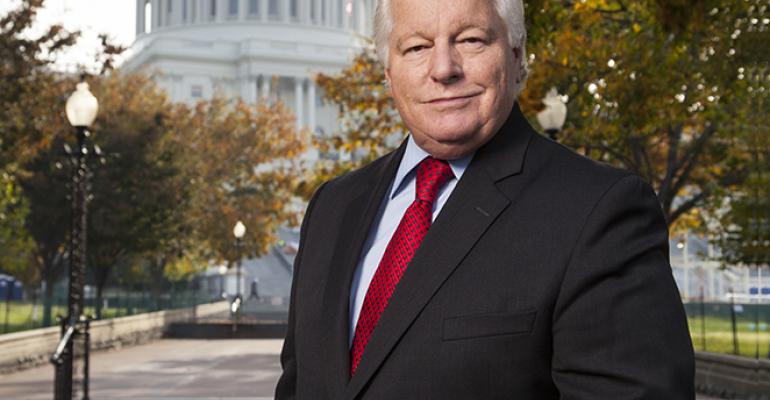 A coalition of meeting and travel industry organizations, coalescing under the name of the slogan first created in 2008, Meetings Mean Business, rolled out a new public relations campaign at the Professional Convention Management Association annual meeting in Boston January 14.

The effort to underscore the importance of meetings and events to the U.S. economy to both policymakers and the consumer press is at the heart of the campaign, said Roger Dow, CEO, U.S. Travel Association, who opened up the press conference. “We need to convince our government, which is currently holding hearings on travel spend by government employees, that that spend needs proper oversight, not across-the-board cuts.”

Dow also announced that the Convention Industry Council has just released top-line data from the 2014 Economic Significance of Meetings to the U.S. study. The full report, to be finalized later this month, is an update of the original Economic Significance Study, which was published in 2010 and used data from 2009, a recessionary year.

Using new data from 2012, the study identified growth in a number of areas. Compared to 2009, the data shows:

• Participant volume at meetings and events increased by 10%

• Meetings’ contribution to GDP increased by almost 9%, providing more than $115 billion to fuel the economy

• The industry’s contribution to federal, state, and local tax dollars increased by 9.6%, providing more than $28 billion in tax receipts

• The industry stimulated job growth with an 8.3% increase, providing jobs for more than 1.7 million Americans.

Using the new data, the coalition has hired a communications company, and with $500,000 of seed funding will engage with politicians, policymakers, and the media using these three pillars:

• Creating Personal Connections. Personal relationships are at the core of every business decision, no matter what industry. A face-to-face meeting provides professionals with that personal interaction, which leads to deeper relationships.

• Driving Positive Business Outcomes. Meetings and events deliver profits, help win new accounts, and serve as education platforms. They provide a venue for introducing new products and ideas and allow colleagues and partners to come together to innovate and achieve results.

• Building Strong Communities. Outside of the results driven by business meetings, the events and meetings industry creates hundreds of thousands of jobs, generates billions of dollars of revenue, and supports communities across the country.

“The launch of the campaign creates one voice for our industry,” said David Peckinpaugh, president of Maritz Travel and co-chair of the coalition, at the press conference. “So we will be ready for the next crisis—and we know it’s coming.”

Larry Luteran, senior vice president of group sales and industry relations at Hilton Worldwide and co-chair of the coalition, said at the press conference that “the meetings industry has been invisible for 30 years. We’re still in defense mode. But we will do grassroots marketing and advocacy work and we will roll out a tool kit in February that will help us all control the story and, as a result, receive positive media.”

The CIC’s update of the Economic Significance Study is an important component. “Commissioned by CIC’s members back in 2009, the Economic Significance Study represents much more than hard data,” said Karen Kotowski, CMP, CAE, chief executive of the CIC. “As an industry we made a commitment to better understand the economic value of the meetings industry. Since then, associations have built on these efforts to promote not only the economic but also the social value of what we do, rooted in that same belief. The Meetings Mean Business Coalition is one of them and as a member of the coalition, CIC looks forward to being an active member of the campaign.”

Visit meetingsmeanbusiness.com for a list of the associations and companies that are members of the coalition.