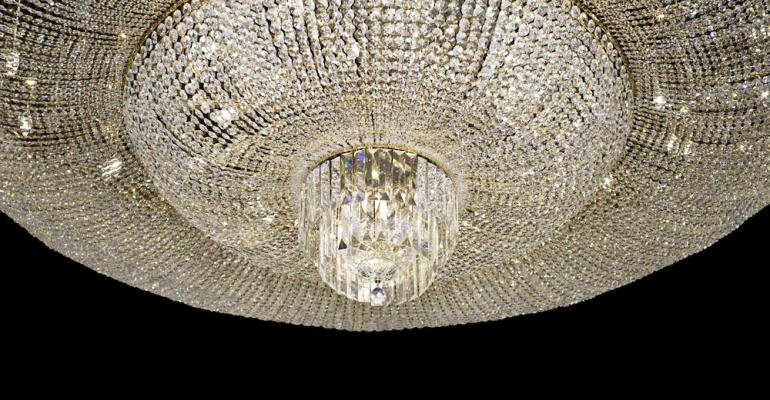 What’s a Planner to Do When No One’s Building Ballrooms?

“We are not building ballrooms anymore!”
Call that the quote of the month, coming from STR’s latest U.S. Hotel Industry Forecast presentation, delivered at a hotel conference this week by Amanda Hite, STR president and CEO.

So what does it mean? For the past several years, the upscale (example: Courtyard by Marriott) and upper-midscale (example: Hampton Inn) hotel segments have dominated the construction scene. The trend continued in 2016, and will continue into 2017, says STR Senior Vice President of Operations Bobby Bowers. As of April, there were 56,000 new upscale rooms and 53,000 new upper-midscale rooms under construction in the U.S.—the top two segments. Meanwhile, the upper-upscale segment (which includes “big box” properties and others that planners would think of as meeting hotels) came in a very distant third with 15,000 rooms under way.

So even though planners are feeling a space crunch—and despite another data point from the STR presentation showing that meetings of 1,000 or more attendees were the largest major meeting segment in 2015, and are on the rise—hotel companies aren’t seeing as many “big box” opportunities in the U.S. anymore.

Which is not to say there are none. In fact, in STR’s home base of Nashville, the Omni Nashville had a wildly successful opening, the Westin Nashville is opening this fall, and a JW Marriott will open next year. The city has been on a hot streak following the 2013 opening of the 1.2-million-square-foot Music City Center and a revitalized downtown, which have created new demand.

Outside of something like this, Bowers says, companies need to find markets where the demand is so great it can support another big box hotel, or one where you could replace an obsolete product, or one where the market is growing fast. For a lot of hotel companies, he says, those opportunities are in Asia right now, rather than in the U.S.

Another Group Conundrum
So while you have meetings challenged to find space but companies reluctant to build new space, you also have a perplexing group rate picture, according to STR Vice President Jan Freitag’s “5 Things to Know” for April, which included the stat that average daily rate for groups was up 3 percent that month.

To Freitag, that’s a bit of a mystery. “The point is,” he writes, “if these rates were negotiated in the strong occupancy environment from six or 12 months ago, when the industry looked like it had lots of pricing power and hoteliers had good demand on the books, why is the rate increase ‘only’ 3 percent?” Looks like planners have been doing okay in rate negotiations. Get a few new ballrooms under way, and the buyer’s market may be back before you know it.

The Big List of What Matters to a Revenue Manager
Aug 28, 2014
Want to Boost Your Negotiating Leverage? Book a Hotel Before It Opens
Dec 27, 2010

Massive Demand, Little Supply: How to Deal With the Economics of Meetings Today
Mar 21, 2016

How Transient Travelers Are Messing Up Meetings
Nov 30, 2015