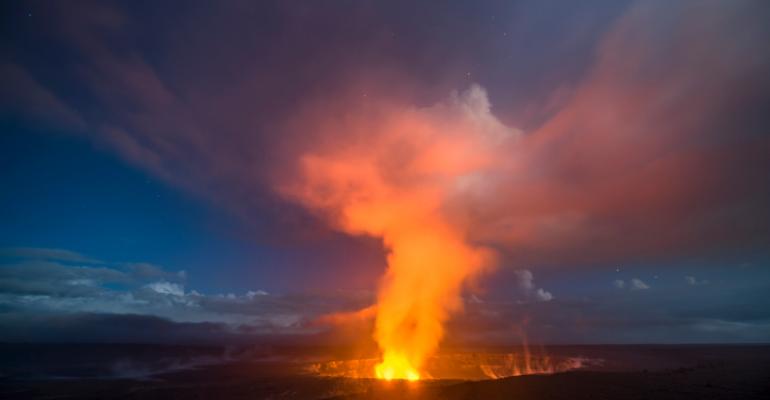 What to Do When Headlines Threaten Your Meeting

Even though the threat to your meeting may be nil, the volcanic eruption on Hawaii’s Big Island can still have attendees saying they don’t lava the idea of attending your Maui event.

Sometimes, news headlines can cause potential attendees to panic and cancel their plans to attend, regardless of the real risks. For example, the dramatic footage of the lava flows from the Kilauea volcano demolishing a car on the Big Island of Hawaii has caused some attendees of an upcoming event on Maui to call their meeting organizer to say they’re not so sure they want to go anywhere near the eruption they see playing out on their screens.

The concerned event organizers turned to their meetings industry attorney, Joshua Grimes, Esq., with Grimes Law Offices, to find out what recourse, if any, they have if their skittish attendees decide to blow off the event en masse. Is this covered by force majeure?

But what about the 2010 eruptions of Eyjafjallajökull in Iceland? Didn’t that set a precedent? “In that case, the volcano did cause issues that forced meetings to be canceled, or at least let some groups out of performance guarantees,” says Grimes. “The difference is that that volcano in Iceland caused an enormous ash cloud to develop that hampered air transportation between the U.S. and Europe. We’re not seeing anything like that in this situation.”

And yet, this group’s attendees are so concerned that they’re considering not coming. What should the planner do?

Grimes suggests that it’s always best to short-circuit this sort of problem with a good, broad force majeure clause. “My recommended force majeure clause not only allows cancellation if it is illegal or impossible to hold the meeting, but also includes a definition of what would make it ‘inadvisable or commercially impracticable’ for your group to meet, such as a certain percentage of your attendees being too anxious to attend,” even if the reason for their anxiety isn’t terribly valid. “If you don’t have that language in your force majeure though, you’re out of luck,” he adds.

“The worst thing you could do is wait until your meeting happens, then beg for forgiveness.”

But if your force majeure clause doesn’t give you that wiggle room and begging for forgiveness is all you have, it doesn’t hurt to give it a try. Contact your hotel and other vendors to see if they might consider waiving attrition and/or reducing your room block. If you can demonstrate that your attendees are getting skittish, they may be willing to help, but that’s something you would have to negotiate, says Grimes.

You also should address the issue head on with your attendees, he says. “Don’t wait until right before your meeting. Be proactive—before they start canceling, explain that they really have nothing to be concerned about, despite what they’re seeing on TV and the Internet—what makes great television may not reflect reality. In the case of my client, there’s absolutely no risk. Maui is hundreds of miles away from the volcano; the airports are open, and everything is operating normally.

“Like so much else, it’s a perception thing, but you do need to address it.”