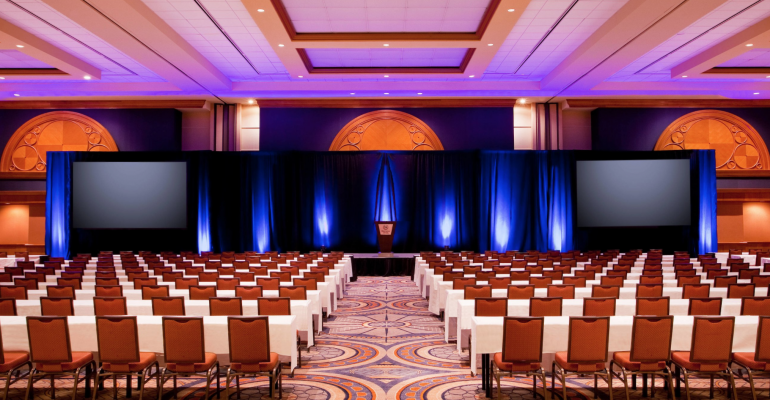 Unite Here members have voted to strike if new contracts are not agreed upon by August 31.

Hotel workers who are members of Unite Here in Chicago have voted overwhelmingly to strike on August 31 if negotiations fail to address their concerns over health care, pensions, and safety. Thirty-one hotels, including the Sheraton Grand Chicago which is home to 125,000 square feet of meeting space and the largest ballroom in the city, will be affected by any labor action.

According to the Chicago Sun-Times, the city had a hotel occupancy rate of 61.2 percent in the first quarter of 2018 and 55 million tourists visited the city in 2017.

The hotel workers’ union is negotiating new contracts for many of its members and one of the key clauses involves maintaining employer-based health care during furloughs in the hotel off season, when employees may be out of work and without healthcare for a month.

Chicago recently introduced the “Hands Off, Pants On” legislation to provide hotel workers with panic buttons and other protections after pressure from Unite Here.

A similar strike from Unite Here’s Culinary Workers Union Local 226 and Bartenders Union Local 165 was averted in Las Vegas in the spring after MGM and Caesars Entertainment agreed to union proposals.