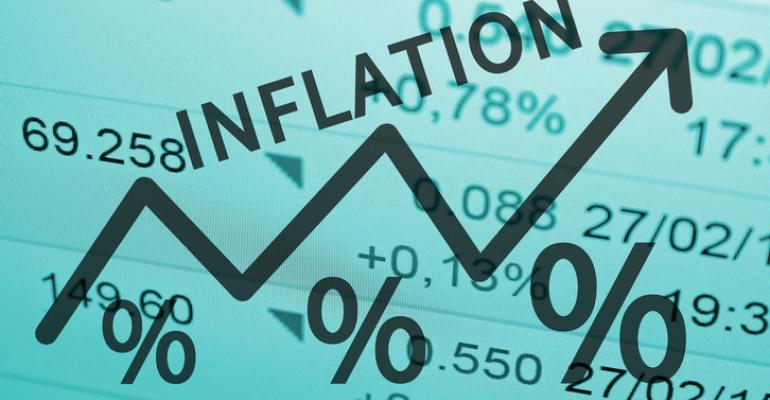 Inflation has jumped recently, threatening to boost the cost for most meeting elements but not hotel rooms.

With Q2 2018 domestic economic growth coming in at a blazing 4.1 percent, inflation is finally starting to become a factor in consumer costs and will likely affect components of the meetings and events market at least through 2019. The proof: The consumer price index rose by 2.4 percent in July, the highest jump in core costs year-over-year since 2008, which was the final year of the previous economic expansion.

While this puts planners on notice that costs for food and beverage, audiovisual and technology services, ground transportation, and other event elements are ripe for notable increases over the next 12 to 18 months, one major component of meetings and events is not participating in the strong price growth: hotels.

According to the September 2018 Hotel Horizons forecast from CBRE Hotels' Americas Research, 47 of the 60 largest U.S. travel markets will likely see hotel-occupancy declines in 2019, and this will hold down the rise in average daily rate at properties in those markets. These occupancy declines are not due to lack of demand; in fact, demand is set to rise 1.9 percent nationwide above already-record total figures. Instead, occupancy declines will come about because those markets will see an average of 3.7 percent growth in their total room inventory, according to the forecast. On the flip side, the other 13 major markets that are expected to gain occupancy in 2019 will see just 2.5 percent supply growth over that time.

In his advice to hotel owners and managers in conjunction with the release of CBRE Hotels' forecast, R. Mark Woodworth, senior managing director, said that regardless of the top-line national figures, hotels must understand all the factors in their own city that could affect occupancy and rates in the near future. "It is very evident that local economic conditions as well as changes to the local lodging supply are going to significantly impact the performance of U.S. hotels in 2019.”

Like their hotel counterparts, meeting and event planners would be wise to understand the specific factors that will affect hotel demand and costs in each potential host city.