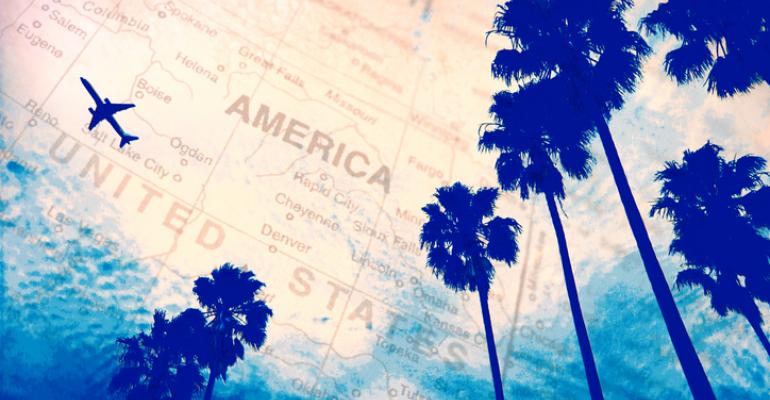 With international attendees getting more skittish about coming to the U.S., international meeting planners need to prepare for reduced attendance, or even cancellations.

The appeal of the U.S. as a destination for international travelers has been falling for two years—it recently dropped to third, behind France and Spain, among the world’s most popular places to visit.

According to Joshua Grimes, Esq., a meetings industry attorney with Grimes Law Offices, issues keeping international visitors—including meeting attendees—from coming to the U.S. include an increased perception that the U.S. is a violent place due to world-wide news reports about mass shootings such as the most recent at the Marjory Stoneman Douglas High School in Parkland, Fla.; demonstrations and disruptions such as the tragic clash between white nationalists and protesters in Charlottesville, Va., last spring; and terrorist attacks such as the Boston Marathon bombings.

Add to that the “extreme vetting” required for visitors from some countries to obtain visas to visit the U.S., proposed bans on visitors from other countries, and political and social rhetoric that makes some non-U.S. citizens feel concerned about whether they’ll be welcome and safe while in the U.S. “All of this makes it the responsibility of meeting sponsors and third-party planners whose meetings rely on international attendance to prepare for reduced attendance, or even cancellation,” says Grimes.

Here are six things you can do now to prepare for lower international attendance or cancellations:

1. Pay renewed attention to your hotel attrition clauses. How much is your slippage? How much will you pay if you don’t reach your minimums? If you’re meeting is scheduled for a destination that is usually highly popular with international visitors but is seeing a dropoff, such as New York City, you may find a bit more flexibility from your hotel now, says Grimes. “But if you won’t get more flexibility if you don’t ask for it.”

2. Third-party planners and destination management companies should ask for a larger up-front deposit in advance when working with organizations that are headquartered outside the U.S. “That way, if there’s a cancellation, you can pay the vendors you have hired and also your own expenses,” he says. “Even if you get a court judgment against it, it’s that much more difficult to collect from an organization that’s based abroad, so it’s better to have the money in advance.”

3. Remind attendees early and often that they may need visas. “It should be up to the individuals to know what their visa requirements are and what they need to do,” says Grimes. Because it takes longer now to get a visa in many countries than it did a year or two ago, you may want to point out that they should apply for visas as early as possible.

4. Take another look at your hotel commission clauses if you’re a sourcing company or third-party planner who depends on commissions for payment. “Some have negotiated to have the commission paid even if the meeting is cancelled, as long as the hotel has received its room cancellation fees,” he says. “That’s not the norm, but I think it’s the smart way to go these days, particularly if the planner or sourcing company is paid solely by commission.”

5. Ask clients to agree to pay for your services in case of a cancellation. If you can’t get the hotel to agree to pay commissions on cancelled room nights, sourcing companies and third-party planners who rely on commission should ask clients to pay for their services—otherwise, they may get nothing for their efforts. ”That happens more than people realize,” says Grimes.

6. Take another look at your force majeure clause. Ensure that it doesn’t kick in unless the situation is severe enough to warrant cancellation (Recommended reading: Is Your Meeting Illegal, Impossible, or Impracticable?)