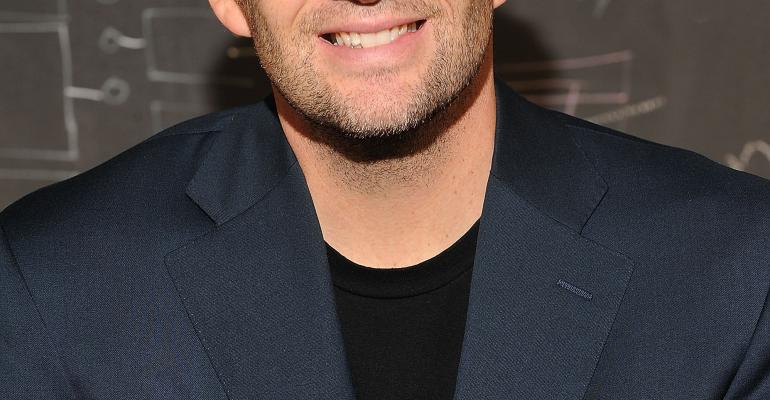 In late September, mobile event application company DoubleDutch announced that it had raised $10 million in Series C funding, bringing investment in the company to $18.5 million since its launch almost two years ago and positioning it to become a more dominant player in the crowded mobile event guide market.

“The opportunities for companies like DoubleDutch are riding on the backs of the smartphone explosion,” says DoubleDutch CEO and co-founder Lawrence Coburn. “A year ago we were seeing 60, 80, 100 different companies that were actually sort of making progress in the mobile event app space. Now, I think we’re starting to see the shakeout.”

Coburn spoke to MeetingsNet about what makes DoubleDutch unique, why planners and attendees should hop on the app trend, and what he’s going to do with such a large investment.

MeetingsNet: What differentiates DoubleDutch from other powerhouse app companies?
Lawrence Coburn: The first thing to know about DoubleDutch is that we didn’t really set out to be a mobile event guide. We started off as a platform for mobile collaboration for enterprise teams and we sort of backed into the event guide space. I actually think that accounts for us feeling like a real mobile-first tool, and I think that our focus on social and engagement and collaboration and sharing have created a unique space for us in the market. Our pitch is very much about maximum engagement of your attendees, leading to maximum data and maximum insights from your customers.

MN: Mobile event apps are still not the standard in the meetings industry. How do you get planners excited to make this part of their event?
Coburn: It comes down to the data. With the app, you can capture engagement data about your event and see what content or what speakers worked well. You can understand, even without running a survey or a rating, what speakers got the most buzz at your show. With the enterprise going data-crazy now, it’s only a matter of time before the people spending money on events are going to want data so they can optimize those events.

Even a year ago, we were seeing some of our customers only using mobile event apps for their biggest shows, their flagship events. Now, across the board, customers are pushing down mobile tech to even their smaller events. We see mobile event apps being used for 50 percent of off-sites now. And in addition to the data, there’s also the digital-record component to an event app. When you hold a meeting or an offsite, you want a record of what people said, what people did, and some of the takeaways. The app can serve as sort of a historical record for that.

MN: Tell us about the gamification aspects of DoubleDutch and how you work to get sponsors involved.
Coburn: When we started, we focused mostly on the organizer—how do we save them printing costs, how do we make it easier for them to communicate with attendees, these kinds of things. But one of the shifts you’re going to see from us is a little more investment and a little more effort in solving the needs of exhibitors.

One of the ways that we do it is with a passport program, where attendees that visit different booths get a simple Foursquare-style badge [in the event app]. It makes it just a little bit more fun. And maybe there’s a prize for the attendee who visits the most booths.

Another use of game mechanics is to assign points for behaviors at the show. If you’re an event organizer, you want people to visit your sponsors, so you can associate points with that behavior. And a lot of times, organizers will pony up a prize for the attendee at the top of the leaderboard.

MN: Meeting attendees don’t always have time for social networking, let alone playing games. How do you encourage people to make DoubleDutch part of the experience?
Coburn: To some extent, [social networking sites] are the competition. The twitter hashtag is a great communication platform for events, and mobile event apps need to be tightly integrated with those services. With our app, a single post can be pushed out to Twitter, Facebook, and LinkedIn, so there’s an amplification component. You can also pull all the hashtag tweets from Twitter into the app.

We need to work with all of those social networking tools, but we also know that Twitter, for example, was not built to serve the needs of event organizers. You’re never going to get an event agenda on Twitter. You’re never going to have the ability to submit your contact information to an exhibitor you find interesting on Twitter. So there’s definitely more purpose-driven functionality that you get from a DoubleDutch event app that you would never get from some of the big social networks.

MN: Can you tell me about a specific client that is doing cool things with DoubleDutch?
Coburn: The California Hospital Association was our first customer to deploy something that we’re calling Game Day, a feed of content pulled from the app that’s been optimized for big-screen HD monitors. As you walk around the event, you see, on big monitors, some of the activity from the app. You see the leaderboard, attendees’ photos, upcoming sessions. It’s like this animated, highly custom-feeling video of all the content coming from the app. I think that’s really cool.

This whole idea of multi-screen is a big deal. It’s not just about the phone, it’s also about the monitors, and eventually it’s going to be about wearable devices, whether it’s Google Glass or something else. If you can treat the mobile experience in this holistic way, where you’re using multiple screens, and the content does different things on an iPad versus phones versus big monitors, then you’re starting to really extend the show.

MN: Your company just got a $10 million investment. What are you going to do with it?
Coburn: There are a few big things. The first is we need to open up shop in Asia, and we’ve started that process. That’s a big, daunting task.

The second thing is we need to build out product expertise in the world of data. We already have data scientists on staff, but that’s something we need to double down on and get even better at. … We see ourselves as an analytics company at the end of the day.

The third big initiative is to really flesh out the concept of an event app that never turns off. Internally, we call it a “365 app,” like 365 days a year. We want our customers thinking about how to engage their attendees before an event, during an event, and after an event. If they have multiple events, there should be a steady stream of engagement throughout the year.