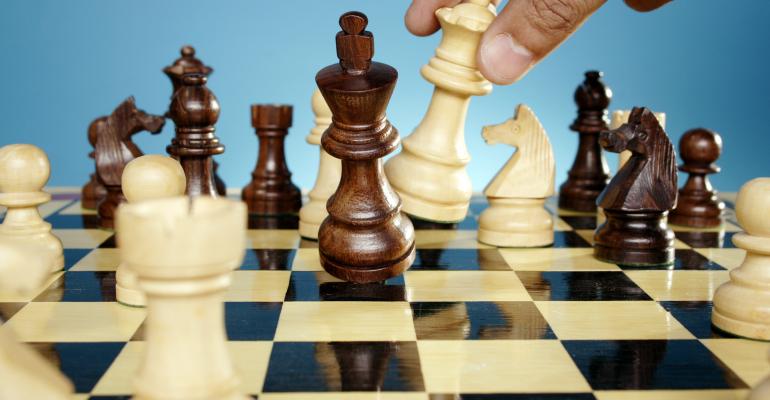 Moves that will help you get the upper hand before, during, and at the end of a negotiation.

Meeting planners and their hospitality partners are like master chess players when they approach the negotiating table—sometimes, it makes sense to make a small sacrifice of a nice-to-have to ensure you’ll get that need-to-have when you come to it.

Here are eight tactics you can use to move your negotiations in the right direction at each stage of the game.

Opening Gambits—these occur at the start of negotiations
• The Flinch. Most meeting planners are born with the ability to express shock and dismay at what the other side is presenting. This technique forces the other side to adjust.

• Feel/Felt/Found Technique. This is a way of acknowledging another person’s feelings without giving any ground. It’s also a way to disagree without being disagreeable. Here’s the script: “I understand how you feel. Others have felt the same way, but when they have found out more about us, they have come around.

• First Offers. The general rule is to never accept the first offer.

• The Vise. The purpose of the vise is to squeeze the price range up or down in your favor. When someone names a price, you say: “You’ll have to do better than that.” But be prepared for the response: “How much better do I have to do?”

Middle Gambits occur during the middle of negotiations, the point at which most negotiations begin to stall. Middle gambits are used to keep things going, assuming that you want to do business with this party. There are two basic techniques:
• The Trade-Off. Never give a concession without getting a concession. This is the secret to keeping a negotiation balanced. It keeps the other side from nibbling you to death. They know they'll have to give up something for everything they get.

• The Set-Aside. When you’re deadlocked on an issue, set it aside and come back to it after you’ve reached agreement on the easier issues. Why leave the toughest issues for last? Because by the end of negotiations, the process has momentum and both sides will have the motivation to be flexible.

Ending Gambits are the ones you engage when the negotiating is over.
• BATNA. When you reach the end and are asking yourself if you should go through with what you’ve negotiated, ask yourself: “What's my best alternative to a negotiated agreement?”

• The Walk-Away. Your ability to negotiate is tied to your ability to walk away from the deal. This is why you want to give yourself options.

Have You Mastered These Fundamentals of Effective Negotiating?
Feb 22, 2017

Protecting Your Event with Contracts and Insurance
Jan 27, 2017