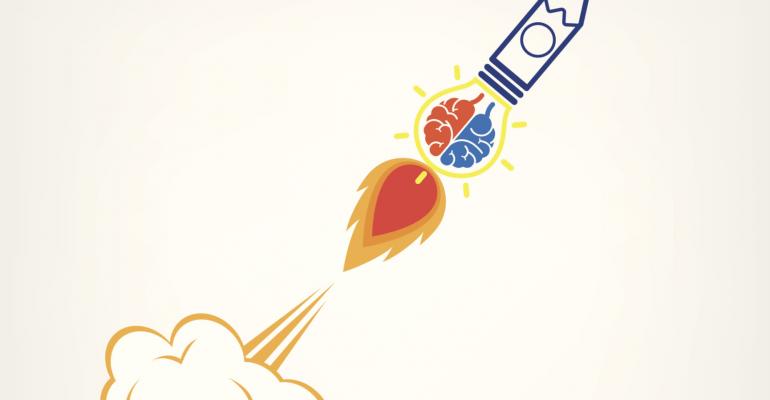 Engagement: It’s Not Rocket Science (But it Is Neuroscience)

Jere Thomas is a brave soul. Midway through her presentation at the Pharma Forum, she asked her audience of medical meeting professionals and suppliers to reveal, via audience response technology, what other tasks they’d been tending to during her talk.

A whopping 89 percent admitted to checking e-mail and 62 percent had been texting. Ouch!

But as much as a speaker might not want to hear that her audience was dividing its attention, for Thomas, president of leadership development company Sage Resources, the exercise underlined her basic premise: The need for engagement. And for Thomas, the path to engagement leads directly through the brain.

In her presentation on “Brain Science and Engagement,” at the 12th annual Pharma Forum held at New York City’s Marriott Marquis March 20–23, she discussed the science behind attendee learning and engagement. Specifically, she looked at how interactions are processed through the “primitive brain,” or amygdala, which plays a pivotal role in the “fight or flight” survival response, before they move to the hippocampus, the part of the brain responsible for forming memories and retaining learning.

Neuroscience, she explained, has revealed that whether a social interaction is a life-or-death situation or a more mundane meeting of business professionals, the primitive brain processes it essentially the same, subconsciously prompting you to avoid or engage.

Since engagement is central to learning, collaboration, and change, meeting professionals, Thomas said, should be wise to the influences at work. She shared the work of neuroscientist David Rock, who developed the “SCARF” model that outlines five factors that influence whether or not individuals will engage.

Status: relative importance or position of the individuals

Certainty: the ability to predict the near future

Autonomy: the sense of personal control

Relatedness: their sense of belonging to the group

Fairness: the impression of a level playing field

Consider the dynamics, for example, at a meeting between new colleagues at a company that made a recent acquisition. The attendees from the acquired company might feel their status is diminished and be uncertain about future layoffs or other changes. They are unlikely to feel a sense of connection yet with the new company. Organizers who want to initiate new learning and collaboration among these employees need to be sensitive to the deep and fundamental brain responses that may be standing in the way of engagement.

Learning for the AGES
Once through the primitive brain’s avoid/engage gateway, learning still needs to make its way into the long-term memory. Thomas reviewed a second model, called AGES—attention, generation, emotion, spacing—focused on factors that affect that process.

Attention: Brain science has shown that humans, despite their belief to the contrary, cannot multitask. And even when focusing on a single thing, they have limited attention spans—about 20 minutes. Presenters, Thomas says, must adapt to their audiences capacities, building in mental breaks, social media breaks, or stretch breaks; including audience response questions; or incorporating time for audience discussion.

Generation: For engagement to happen and learning to take hold, attendees need to understand how the information connects with them personally. Thomas explained that the brain is more likely to activate when it can connect with past experiences or future potential.

Emotion: Engagement is also enhanced when a moderate level of emotion is part of the learning or collaboration event. Brain science has shown that applying a little pressure or adding competition—games, public speaking, time limits, rewards—helps to store learning in the long-term memory.

Spacing: The brain’s ability to learn is also affected by the timing of the education. Humans do better when education is spread out. An effective schedule, Thomas said, includes an overnight, allowing learners to “sleep on” the first day’s learning and then have it reinforced the second day.  Thomas also notes the benefits of delivering followup information in the weeks following an in-person training.

Why Invest in Face-to-Face Meetings? Look to Neuroscience.
Oct 09, 2010

How Your Attendees’ Lazy Brains Should Guide Meeting and Incentive Design
Aug 03, 2015