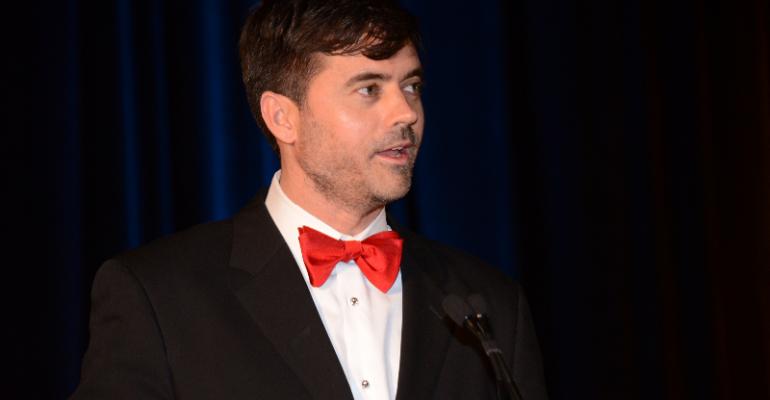 Site's 40th anniversary celebration concluded at its annual Site Global Conference on December 7 with an enthusiastic delegate base of more than 400 people from 49 countries at Loews Portofino Bay Hotel at Universal Orlando. Especially heartwarming was a roundtable discussion at the opening general session on Sunday with three of Site’s past presidents, including its founding president Ann Wold Graham, who helped found the Society for Incentive Travel Executives in 1973.

The idea for the association was born at IT&ME, she said, (the Incentive Travel and Meeting Executives show, later called The Motivation Show) which took place in Chicago each year. Hub Erickson, the owner and organizer of the show; someone from Incentive magazine; and Graham were among the 20 or so people (some of whom were in the audience that morning) who said, “We should form an association that represents the incentive travel industry.”

“It was fun,” Graham remembered. “We had a lot of pizza and liquor and a lot of hard words were said in the room that day. But we made it and I never lost pleasure in the motivation industry.”

Kevin Hinton, the association’s new chief staff officer (who also directs the Site International Foundation), led the roundtable discussion with Graham and two other past presidents, Carolyn Dow (2001) and Padraic Gilligan (2008). With another nod to the experience of its past leaders, the organization’s first Past Presidents Council was formed and held its initial meeting on Monday, led by Louise Hall-Ryder, who was president in 1996. The council formed under current Site President David Sand, who tasked the group “to join together to further advance Site’s long-term goals.”

Before the roundtable at the opening session, Hinton outlined Site’s new “painted picture” process, which envisions where the association wants to be three years from now. One of its goals, Hinton explained in a later interview, is to double Site’s membership to 4,000. Another he said, “is to deliver incentive-quality education.” The meeting’s keynote speaker was Cameron Herald, the entrepreneur who inspired Site’s leadership to undertake the painted-picture process. Herald was the COO who helped grow 1-800-GOT-JUNK? from a $2 million to $105 million company in just six years, and the author of Double Double: How to Double Your Revenue and Profit in Three Years or Less. In the book, he offers hands-on advice for any organization that is looking for 100 percent growth.

Both Hinton and Jane E. Schuldt, CITE, CIS, chair of the Site International Foundation, reiterated that another goal for the association is “to become the voice of the incentive industry.”

Site introduced two new certificate programs at the conference, and held several trends panels, sessions on technology and social media, and a thoughtful session on ethics in the incentive industry that focused on corporate social responsibility questions such as, “Do we work with tobacco companies? Arms manufacturers? Where do we draw the line?”

Orlando put its best foot forward with a private party at Universal’s Wizarding World of Harry Potter, as well as two other evening events. The annual Site Crystal Awards, a celebration of exceptional motivational experiences, were announced at a luncheon on Sunday.