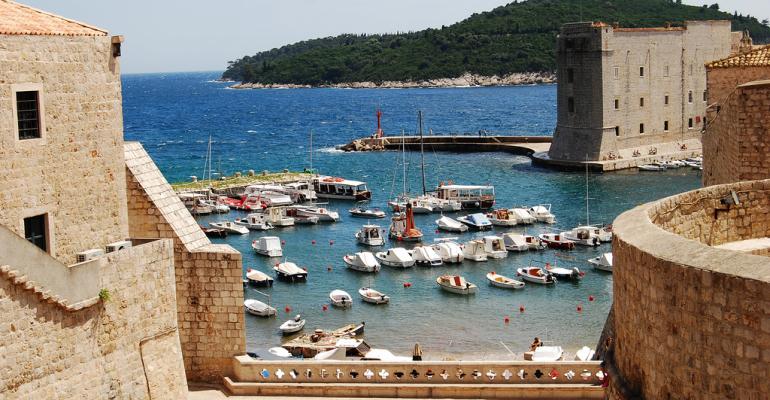 Incentive planners are getting value for money—and engagement from the “been everywhere, done everything” crowd.

What used to be called “second-tier destinations” now are rapidly becoming first-choice locales. Places off the beaten track, at least as far as incentive travel is concerned— for example, places outside the capital in European countries—solve a lot of problems for planners. They are better value for money at a time when budgets are not keeping pace with costs. And they help provide a new experience for incentive award winners who have probably traveled extensively on their own and for work. Anyone can book a trip to Rome or Paris, and most incentive winners probably already have. Pamela Swank, president of Desired Performance Solutions Incentives, says, “The client is not hiring you to create something that you could book on Expedia. They want something unique.“

Beach destinations are as in-demand as ever, but there are bragging rights associated with staying in a 17th-century castle in Puglia, Italy, or one of the 17 luxury hotels built on the Croatian coast in the last two years because few friends and colleagues can identify them on a map.

Just because a destination doesn’t have the infrastructure to host an incentive group doesn’t mean its off-limits. Kathy Nugent Delidow, vice president of client solution development at ONE10, took a group of President’s Club award winners staying at a resort in Miami on a day trip to Cuba on a private plane. She says, “They had an immersive experience riding around Havana in vintage cars, but we took them back to Miami at night.” Delidow says that when a group is used to luxury travel, “It’s the experience that counts.”

Hillary Smith of Koncept Events describes a trip she organized for one client who didn’t want to waste too much time traveling but who wanted a unique experience. Smith says, “They had gone to different beach destinations for the previous nine years and wanted something more personal. We took 600 people to Bonanza Creek Ranch near Albuquerque and recreated an old Wild West town with a jail, a sheriff, and even a saloon with cancan dancers. The client chose the destination because the flight was easy and the spend went a lot further. We personalized everything, from street signs to Chuck Wagon dishes. It is hard to personalize a beach destination, and our guests have done it all, from zip lines to catamarans.” Although the trip was memorable enough by itself, attendees will be reminded of it when they see almost any Hollywood Western. The Bonanza Creek Ranch has been used as a film set in dozens of movies from 1955’s “The Man from Laramie” to 2011’s “Cowboys and Aliens.”

Catherine Chaulet, president of Global DMC Partners, echoes the importance of good access. She says, “People want to explore new destinations and fortunately now airlines are opening up new direct flights. Austen, Texas, is becoming an attractive destination for international incentive groups because you can fly there direct for a music experience. Direct flights and stronger infrastructure in Cartagena, Colombia, are also making it more popular.” Cartagena and Bogota represent value for money compared to places like Hawaii, as well as being in a similar time zone, which cuts down on jetlag.

Although some clients balk at certain destinations for safety reasons—Chaulet mentions a North African destination that lost a big client this year because it is a Muslim country—concerns seem inconsistent. Dubai, also majority muslim, is still a hot luxury destination. Safety issues prompted by news stories are often quickly forgotten, too. Chaulet says the 2016 terrorist attack in Nice, France, dampened bookings for three months but then the area bounced back.

Planners taking advantage of new destinations should be aware that the site visit is more important than ever. The up-and-coming-resort might be perfect, except for one tiny detail: another up-and-coming-resort being built adjacent to it with dump trucks and cranes operating loudly while your guests are trying to relax.

Swank, of DPSIncentives, designs high-end sports incentives, including trips to the Super Bowl and other once-in-a-lifetime events where the choice of destination city is out of her control. In situations such as this, the hotel can make or break the experience. Swank once walked 10 minutes through the grounds of a resort to return to her room only to find that the keyless lock didn’t work. She walked the 10 minutes back to the lobby, got a new RFID wristband to unlock the door but it still wouldn’t open. It was an hour before she was able to get into her room after a hotel employee changed the batteries in the door lock. She says, “From now on, I’m making the hotel check every battery before a group of mine arrives.”