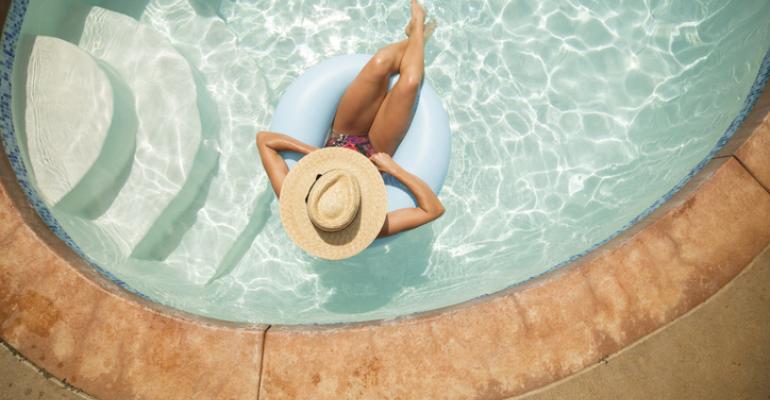 Incentive Activity of Choice: No Activity?

The most highly rated attribute of incentive travel programs in this year’s Incentive Research Foundation study of participants’ preferences was not a feature that respondents were even asked about last year: having “ample time to relax.”

This was an important data point for a panel of speakers discussing the results of the just-released report during a September 6 IRF webinar, which included Rick Garlick, the IRF’s chief research advisor, who said the finding was “almost a mandate” in terms of program design.

Fellow panelist Rudy Garza, vice president of operations at Brightspot Incentives & Events, agreed. “I think this big number speaks to the fact that probably a lot of the [survey respondents’] experience has been with trips where activities are over-programmed and there hasn't been a lot of downtime, and so they're speaking up.” He also noted that participants aren’t asking for time to do more activities of their choice, but rather for entirely unscheduled time. “I think anything that companies can do to produce that desired result would be huge.”

Putting downtime on the agenda can feel “counterintuitive,” noted panelist Anne Gorman, vice president, sales and marketing, at streamline events. “As we're planning these trips, we want to showcase the destination and make the most of every moment.” Nevertheless, Gorman respects the findings. “It’s really important to pay attention to surveys like this and what the attendees are telling us.”

For companies that typically fill every day with activities and excursions, Garza sees a silver lining: The savings from hosting fewer activities could provide some budget relief at a time when costs are rising or provide an opportunity to invest the savings in more luxurious destinations or properties.

“The budget piece is critical, especially right now,” agreed IRF President Stephanie Harris. “We know that in a lot of cases budgets are going up, but they're not going up at the rate costs are. There's such a win-win to be had here.”

Other Incentive Attributes
In total, 405 sales professionals responded to the IRF survey about their incentive travel preferences. Seven other attributes of an incentive program ranked below having time to relax, bringing a spouse/guest, and enjoying luxury accommodations and experiences. (All results are net percentages; that is, those rating “extremely”/”somewhat important” minus those rating “not important at all”/”somewhat important.”)

• Being provided with spending money to cover out-of-pocket expenses (77 percent)
• Going to a destination to which you had never been before (67 percent)
• Getting upgraded to a seat on the flight better than economy class (66 percent)
• Having a trip that is more intimate and exclusive, even if it means fewer winners (65 percent)
• Getting recognized in front of your peers (52 percent)
• Receiving a merchandise gift as part of the experience (50 percent)
• Having the opportunity for significant professional networking (47 percent)

All attributes were rated similarly to the IRF’s 2021 survey except for “getting recognized in front of your peers,” which went from 15 percent in 2021 to 52 percent in 2022. “There was a net gain of 37 percentage points this year over last year,” said Garlick, “meaning the whole idea of being in groups and being recognized in front of your peers and the public aspect of the experience is once again gaining some traction. It had really suffered during the pandemic and now that's something that has regained a lot of momentum.”

MORE FROM THE IRF SURVEY: Where Incentive Winners Want to Go (Versus Where They Actually Go)