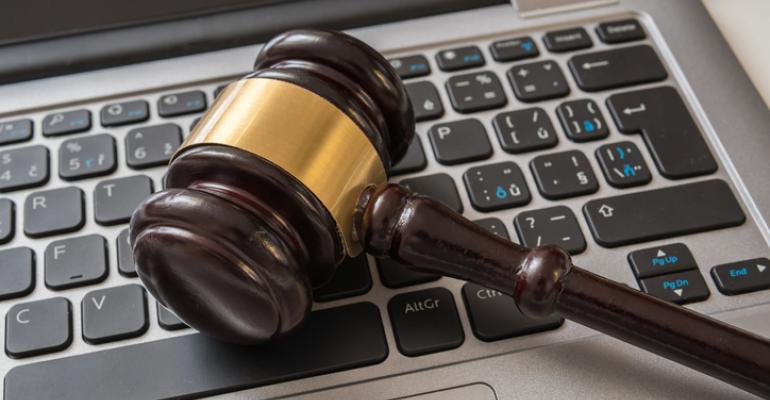 Lawsuit alleges hotels engaged in an anticompetitive agreement to eliminate online branded keyword search advertising against each other to the detriment of consumers.

Class-action law firm Hagens Berman is alleging that six hotel chains have conspired to reduce competition and raise consumer prices by agreeing to not bid on keywords—such as competitors’ brand names—that would make their ads pop up on an internet search for competitors. For example, according to the suit, Marriott allegedly agreed not to take steps that would make its hotels appear in the results of a consumer's search for a Hyatt hotel. This means that people searching for “Hyatt” would only see Hyatt results, not results also for competitive properties, which, according to the suit allegedly would result in reduced competition and higher prices.

According to the firm’s press release, “By agreeing not to advertise in response to searches for competitors’ brands, these hotel chains have effectively reduced the ability for consumers to conduct a reasonable comparison between various hotel chains to get the best price for their hotel rooms. This leaves hotel chains with free reign [sic] to keep prices high, with no threat of consumers seeing competing ads.”

The suit also claims that the six chains—Choice Hotels International, Hilton, Hyatt, Intercontinental, Marriott, and Wyndham—also agreed to force online travel agencies such as Priceline.com and Expedia not to bid on hotel-branded keywords so that a search for a specific hotel would not also bring up results from the OTAs. This also, the suit alleges, would drive up the cost of hotel rooms by driving down access to the competition.

“This suit is at the very beginning of the litigation process,” reminds Joshua Grimes, Esq., Grimes Law Offices. “There are steps to be completed for class certification, and then the allegations must be proven. The suit could be defeated, the plaintiffs could prevail, or there could be a settlement,” he adds. “Assuming the plaintiffs are successful, the result could be that persons who booked hotels online during a specified period would receive a minor discount on some future stays.  Presumably, any offending conduct by the hotel companies would also be stopped.”

Adds John Foster, Esq., CHME, attorney and counselor at law with Foster, Jensen, and Gulley, if what the suit alleges proves to be true, it could mean that the hotels were involved in manipulation and anticompetitive activities. “It sounds like a classic ‘market allocation’ per se violation of antitrust law. However, I think there are many ways to get information about hotels besides what this suit alleges.”

Both attorneys agree that, regardless of what happens with the lawsuit, the impact on the meetings industry should be minimal. “Even if the allegations are proven, it would not affect meeting planners who book room blocks directly with hotels, since those rooms are priced without using online search engines,” says Grimes. “I don’t think it has much value for meeting attendees who should be staying in the contracted hotel with a negotiated rate anyway,” says Foster.

Adds Grimes, “The most likely impact would be on meeting attendees who book their own rooms online. But any downward impact on hotel prices as a result of this suit would probably be minimal. Because rates change constantly due to fluctuations in the hotel marketplace, it would be difficult to point to any change directly flowing from this litigation.

“The real result would be that consumers performing an online search for a particular branded hotel would find many more results pertaining to other brands and not related to their desired property, thereby making it more cumbersome to find the results they searched for,” Grimes adds.