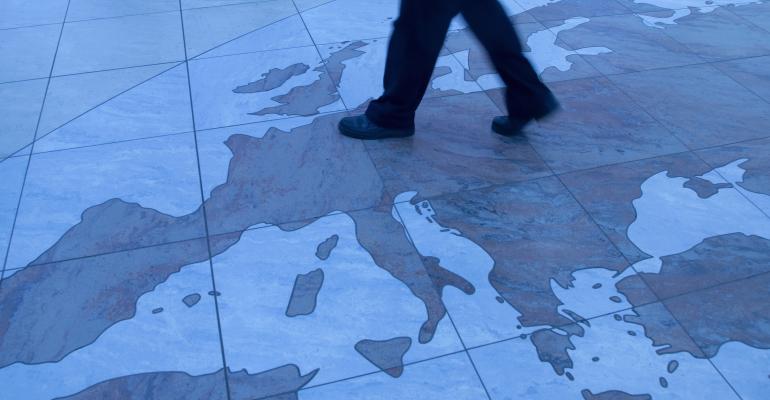 Next year, U.S. citizens headed to the European Union will need to register with the EES and submit an ETIAS application. Not familiar with those? Here’s what each requires and when each goes into effect.

As international conference travel gains steam in 2023, it’s important for host organizations to communicate the new entry requirements for Americans traveling to the European Union. Here are the two big changes travelers should account for.

Entry-Exit System
In May 2023, the EU’s Entry-Exit System will go into effect. The EES registers travelers arriving from non-EU nations like the United States, Canada, and the United Kingdom, and requires that biometric data be collected from non-European citizen (fingerprints and facial images) the first time they enter the EU, once the system is up and running.

ESS, which is expected to replace the current system of passport stamping, applies to the 27 countries in the Schengen Zone, which includes the vast majority of western European countries, including Croatia as of January 1.  The system is intended to improve security and enforcement of the 90/180 rule, which says that travelers can only stay in the Schengen Zone for 90 days in any 180-day period.

Originally planned for a May 2023 launch, ETIAS will now be starting in November. It requires travelers to fill out an online form, answering questions about employment, place of birth, education, and travel details. It’s similar to the Electronic System for Travel Authorization (ESTA) application required for travelers from visa-free countries coming into the U.S., but the ETIAS application is less expensive. The ETIAS fee is approximately $7.50 U.S. (7 Euros) compared to $21 for ESTA.

While travelers are expected to get an ETIAS authorization within a few minutes of applying, the EU recommends completing the form at least 72 hours before travel. The application is not yet available; however, the EU has announced that the web domain will be eitas.europa.eu. ETIAS will be valid for three years or until a traveler’s passport expires.