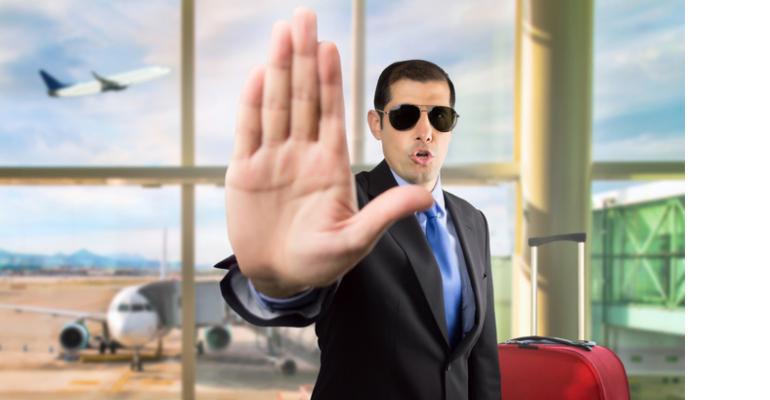 A major medical association cancels its U.S.-based event for late 2021 due to inbound-travel restrictions, while dozens of travel executives urge the U.S and U.K. governments to allow travel between those nations.

Despite growing optimism for the restart of U.S.-based meetings and exhibitions as vaccinations rise and Covid-infection numbers fall, many business events still risk cancellation as far out as the end of 2021—especially those that rely on a significant number of international attendees.

Case in point: The American College of Rheumatology has canceled its 16,000-person annual meeting that was scheduled for November at Moscone Convention Center in San Francisco, citing that 65 percent of its attendees come from other countries to attend.

According to a report in the San Francisco Business Times, the association canceled the in-person version of the convention, representing more than 52,000 hotel room-nights and $31 million in direct spending, because of the uncertainty around international travelers being allowed into the U.S. without quarantine restrictions by late 2021. Further, the association cited the need for sufficient time to build a successful virtual event, noting that the cost of using a hybrid-meeting format that brought only domestic physicians together in person would be too high.

The association “simply cannot wait any longer and must shift gears now and focus on producing a 100-percent virtual ACR 2021 meeting,” a conference facilitator for San Francisco Travel Association wrote to the event's host hotels in early May. “The decision is final, and I have [already] asked if it would make a difference if we offered financial incentives.”

To mitigate the damage that international-visitor restrictions could have on meetings- and hospitality-related businesses across the U.S., dozens of travel and hospitality executives have stepped up their pressure on the U.S. and U.K. governments to allow travel between the two nations. The U.S. and U.K. have administered the most vaccine doses per capita besides Israel and represent some of the world’s busiest long-haul flight routes.

In early May, Meeting Professionals International, Global Business Travel Association, the U.S. Travel Association, and nearly 30 other organizations signed a letter urging the U.S and U.K. governments to lift restrictions on travel between the two nations as soon as possible. Another letter, dated May 10, came from executives for American, Delta, United, JetBlue, British Airways, and Virgin Atlantic as well as the directors of airports with the most U.S.-U.K. flights, including London Heathrow and Philadelphia International.

According to a report by Reuters, since March 2020 the U.S. has barred entry to nearly all non-U.S. citizens who live or have recently been in Great Britain. For its own citizens, the U.S. State Department eased its U.K. travel advisory this week, lowering it to a "Level 3: Reconsider Travel" rating.

The U.K. presently requires visitors from the U.S. to quarantine for 10 days after arrival. Next week it is set to lift a five-month ban on most international travel by its own residents, but it still excludes the U.S. from a small "green list" of destinations where U.K. passengers can travel and return without quarantine.