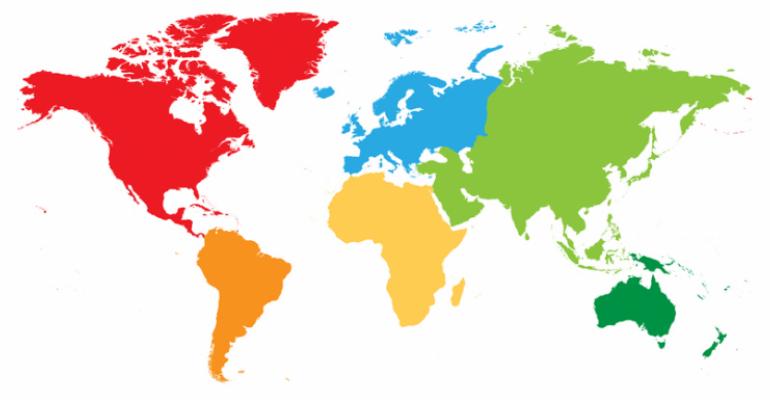 While notable growth in event spending is expected, economic and political ripples are affecting future bookings in certain destinations.

In its 2020 Future Trends Report for Meetings & Events released during this week’s IMEX America show in Las Vegas, CWT Meetings & Events revealed the destinations that are landing the most meeting and event bookings for the next two to three years, as well as regions that are seeing fewer bookings due to issues larger than their hospitality and tourism industries. The report also provides insight on technology trends affecting attendees’ meeting experiences.

Tony Wagner, vice president and head of Americas & South Pacific for CWT Meetings & Events, said in his IMEX presentation that total event spending should grow about eight percent in 2020. New York, San Francisco, Chicago, Atlanta, and Toronto were the top five cities for future bookings, with new and renovated convention center spaces in New York and San Francisco being primary drivers for those two destinations. Other cities with strong momentum in the events niche include Seattle, Nashville, and Austin—with enough demand right now to fill the plethora of new full-service hotel inventory in those cities—while Minneapolis and Portland, Oregon are also on the upswing thanks not only to new full-service inventory but also better airlift and a wider menu of dining and entertainment options.

On the flip side, destinations outside the U.S. experiencing political unrest (Hong Kong and Great Britain) or economic and trade tensions (Argentina and mainland China) are seeing significantly fewer future bookings. Interestingly, destinations such as Vietnam and Quito, Ecuador are picking up events that might have gone to some of those destinations. And with international meetings as a whole, “cancellation and attrition penalties are now more important to planners than rate,” Wagner said.

Even so, Wagner noted that meeting and event planners are finding their attendees more willing to fly great distances for exceptional experiences, even for just three or four days. One example is Perth, Australia, which is a rising player for meeting and incentive groups. Another element related to attendee experience: Community-giveback events are more impactful on participants than are gala events featuring popular performers or bands.

As for event-technology trends cited in the report, Wagner said that meeting apps are more frequently using “swipe” features similar to those in dating apps; these act as networking features, with common business interests and challenges the deciding factors for attendees as they choose with whom they want to connect at events. In addition, more meeting hosts are allowing attendees to shape content during the course of an event. Wagner cited one firm that conducted a multi-city road show over several weeks, which gathered feedback from the first few events showing that the CEO’s presentation was the one least liked by attendees. But the CEO revised his presentation based on the feedback such that by the end of the road show, it was among the three highest-rated presentations.