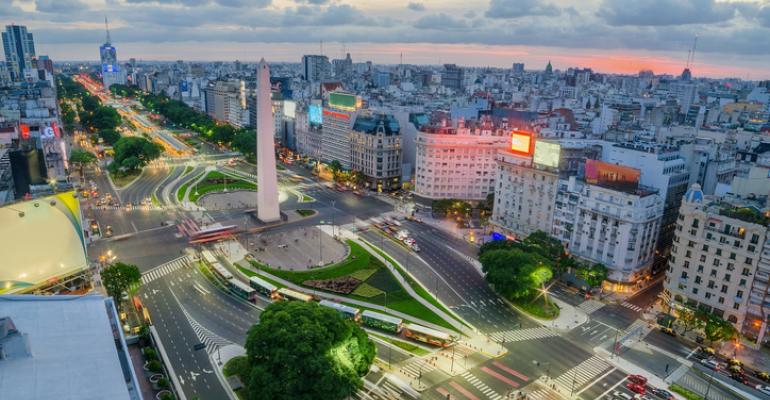 Buenos Aires is ICCA's top-ranked Americas destination, but costs not already locked in are at risk for huge changes.

A 51 percent plunge in the value of Argentina's peso since January—including a 20 percent drop since August 24 alone—is causing massive ripple effects for businesses in that country. That includes the hospitality-related businesses in the capital city of Buenos Aires that support meetings and conventions.

Buenos Aires is the top-ranked city in North and South America for international association conventions; it hosted 131 in 2017, according to the International Congress and Convention Association. But convention organizers and attendees going there in the coming weeks and months face much uncertainty about the prices they can expect for goods and services not contracted for in advance; these include restaurant meals, taxi rides, business supplies, dry cleaning, personal products, and other items.

On August 31, the International Monetary Fund promised its full support to try to prop up the country's faltering currency and its $640 billion economy. But the same day, President Mauricio Macri persuaded Argentina's central bank to raise interest rates to 60 percent, which is now the world’s highest rate. As a result, businesses must change their pricing almost daily. The financial news outlet Bloomberg LP cited a surgical equipment import firm in Buenos Aires that can no longer quote prices to customers because of the rapidly decreasing value of the Argentine peso.

Convention planners with events scheduled in Buenos Aires in the near future would be wise to communicate regularly with attendees and exhibitors, advising them on whether they should attempt to pay for items in the city with U.S. dollars, euros, or other hard currencies rather than exchange those currencies for Argentine pesos before their trip.