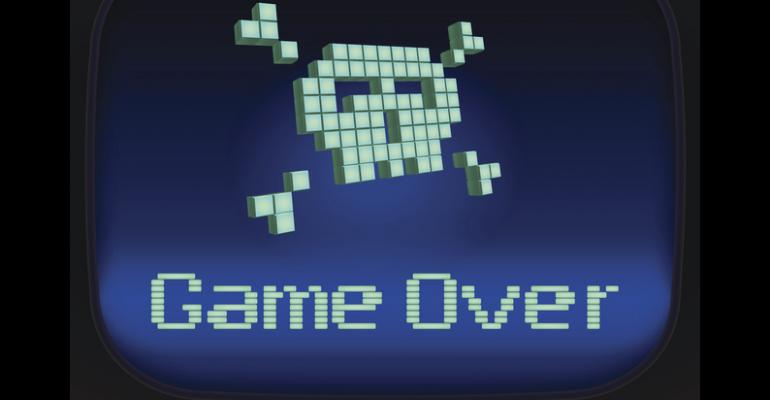 An Unofficial Official Update: The Death of White-label Event Apps

That was the theme of many comments, emails, and Twitter conversations regarding the first piece I published back in July, titled “Did Apple Just Kill White-label Apps?,” that considered Apple’s new rule 4.2.6. The rule, which says “apps created from a commercialized template or app generation service will be rejected,” set off alarms across the event industry since many app developers use the white-label model.

This initial piece was what I like to call a “dot-connector.” I had watched Apple’s Worldwide Developers Conference live on June 5, started hearing murmurs from mobile developer communities on having apps rejected based on rule 4.2.6, read this TechCrunch article, and then read all 9,325 words of Apple’s official developer policy.

A few days later, Dashride (a non-event related company) announced it had been rejected for this rule and were hitting a wall with Apple. This is when I knew the new rule was no joke. Apple wasn’t just targeting spammy mobile games or virus-scanning apps; it was prepared for war against all white-label app providers. Here’s how Tom Bachant, CEO, of Dashride put it:

“Apple's decision to ban white-labeled apps comes with the good intentions of ridding the App Store of spam and redundant apps. However, the official language used in the ban covers any app that shares a codebase or template with other apps, even if each app provides a unique and beneficial user experience. After appealing our rejections, we were recommended by the Apple review team to create web apps instead of our native apps for our different clients...

When asked how to be sure we were following the proper guidelines, the Apple review team recommended that we rewrite each app and wait for their decision as to whether it used enough unique code. The lack of transparency into the review process makes it impossible to comply with the new guidelines.”

After hearing more and more murmurs, I published the piece as somewhat of a warning. A few days later, event app provider DoubleDutch dropped a press release that included excerpts from DoubleDutch CEO Lawrence Coburn’s personal blog post where he emphasizes, “In effect, Apple has just killed the white-label event app.” That’s the reddest flag I’ve ever seen.

Since the end of July, there have been a dozen or so blog posts and articles on rule 4.2.6, some spreading the death of white-label event apps, others convinced there is no way event app providers would be impacted. Some believe there’s too little information to know what will happen and others are feeling the brunt of Apple’s hammer.

Now that we’ve caught up to the present, here’s an updated breakdown on what we know.

2. Existing Clients Will Be Serviced
According to sources talking directly with Apple, existing clients to white-label event app providers will have grandfathered approval in some fashion. This means Apple will allow existing event apps to be updated for some time; which is probably why we haven’t seen many rejections of white-label event apps over the last few months.

It’s unclear how long these grandfathered deals will last, but I personally wouldn’t rely on them for more than a year, when many contracts begin to expire.

3. Rumors of Exceptions
Companies are starting to say Apple has promised to work one-on-one with them to approve their upcoming apps and “provide a waiver for some or all of these [event apps].” I believe this is once again based on contracts already signed, and getting a new white-label event app is essentially out of the question.

How Will This Impact Attendees?
Depends on the path event organizers take moving forward. If they’re grandfathered in, event attendees using white-label apps should have the same experience they’ve come to expect for at least another year. Other options include container apps, mobile web apps, or a universal event app:

Container apps are essentially branded apps that contain a company’s various events within them. The look of the app internally would change based on the upcoming event, but all of that company’s events would be housed under a single app. UBM or Ascential, both large conference organizers, would have their own apps that attendees across all of their events would use.

Mobile web apps are highly optimized mobile web pages, which means no download is necessary. Facebook’s mobile site is an example of a mobile web app. These still allow for highly customizable experiences for event organizers, but they have limitations in terms of functionality. Some examples of technology that won’t work on mobile web apps are augmented reality–driven floorplans, location beacons, some gamification technologies, and complex recommendation networks.

Universal event apps come in two forms: crowdsourced and partner-based. SummitSync’s professional networking app is a crowdsourced universal event app that works across every single event regardless of the organizer. Partner-based universal apps include DoubleDutch’s new winner-take-all model, Whova, and Bizzabo. Essentially these are similar to container apps but they aren’t branded with the event or organizer.

The most important thing, regardless of how the event app is produced, is educating event attendees on how to use the new technology. Attendees don’t care about all the drama behind the scenes, they just want a high-quality experience that helps them drive ROI. Focus on that and you’ll win either way.

What Can We Learn?
New information is still coming in but the death of white-label apps is real and it’s going to continue to impact developers, event organizers, and potentially attendees. Every type of business faces challenges when building on top of other business’ technology, and the event app industry learned a valuable lesson with the death of white-label event apps. The world can change in an instant but companies still have to find a way to provide unique, high-quality experiences event attendees have come to know.

3 comments
Hide comments
RECOMMENDED FOR YOU