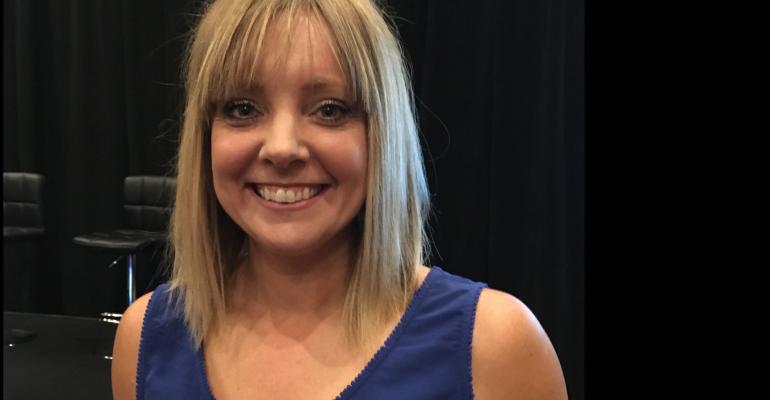 Or, how the Future Farmers of America learned to stop ticketing and love the chip.

Mandy Hazlett, senior event manager at Future Farmers of America, runs an annual four-day conference with more than 150 separate events, including presentations, workshops, and general sessions for 64,000 attendees, 40,000 of whom are under the age of 18.

Before adopting RFID technology, Hazlett faced a number of challenges. (You think? With 40,000 teenagers in one place?) She broke down those challenges for attendees at a session during Cvent Connect in Las Vegas on June 14, and explained how RFID chips were able to solve most of her problems.

Hazlett’s main issue was attendee registration, not just the physical problems of catering to teachers arriving with between 15 and 200 children and trying to distribute buttons and agendas to each of them, but the lost opportunity to capture data on the attendees, including what they liked and didn’t like about the conference, and what they wanted but were not provided with. Teachers signed up their students for sessions, but the organization was unable to do a head count on events with several thousand attendees and so couldn’t provide event sponsors with accurate numbers.

It was also hard to stop students from attending events they weren’t ticketed for, and the organization ran the risk of violating fire codes. Another safety issue was lost students. The conference is a closed event, but when you have 40,000 teenagers traveling between different sessions, some of them are going to get lost. If even a small fraction of them forget to check in at a meeting point, or don’t show up at the medical office for medication, it’s a problem.

Ticketing was also a huge challenge for Hazlett. Thousands of tickets had to be printed for each event during the four days, increasing shipping and storage costs. Some were handed out to the students during registration and immediately lost; some were mailed to busy teachers who occasionally forgot to bring them to the conference and had to be provided with dozens, and sometimes hundreds, of new ones.

After FFA opted to use Cvent’s Onsite Check-In technology, she got a detailed playbook on how to transition to RFID, starting with individual registration before the event, training for FFA employees on the hardware for self check-in, and scanners at the entrance to each part of the venue.

What started as a desire to streamline the check-in process reaped unexpected benefits. Hazlett can now track how many attendees go to each session, as well as how many leave early, so the organization has a better idea of which programs are popular and which are failing to reach students. The new tracking data also revealed that they didn’t need to open the exhibition hall so early on the first day, and persuaded them to shut down the shopping mall two hours earlier on the last day. Teachers are now required to provide more information on each student and his or her preferred sessions ahead of the conference instead of just ordering a certain number of tickets and handing them out at the event. The burden of providing the information is offset by the easier check in and the new registration badges, which have each individual’s agenda printed on the back, decreasing the likelihood that students will get lost or forget a session. The RFID tracking also makes it easier to find them if they do wander off. But the biggest benefit for Hazlett was ditching the paper tickets; the chips in each attendee’s badge provide access to the sessions on their agenda. She no longer needs to ship so much paper or hire temps to distribute tickets onsite, and those cost savings helped her get buy-in from the organization to upgrade to the new system.

Hazlett has some advice for planners thinking of using RFID technology at their events:
• Give yourself at least a year to prepare for the change.
• Bring everyone onboard at the beginning. She regrets waiting a few months to bring her IT department into the project.
• Reach out to all stakeholders and attendees to educate them about the product. A couple of people in her organization had concerns about “Big Brother” invading attendee privacy, but she was able to reassure them about what kinds of data are scannable (no personal information) and point out that the chips make it much harder to fake badges and gain access to the conference.

Next year, Hazlett is planning on expanding RFID technology to track attendance for teachers earning credit at workshops.