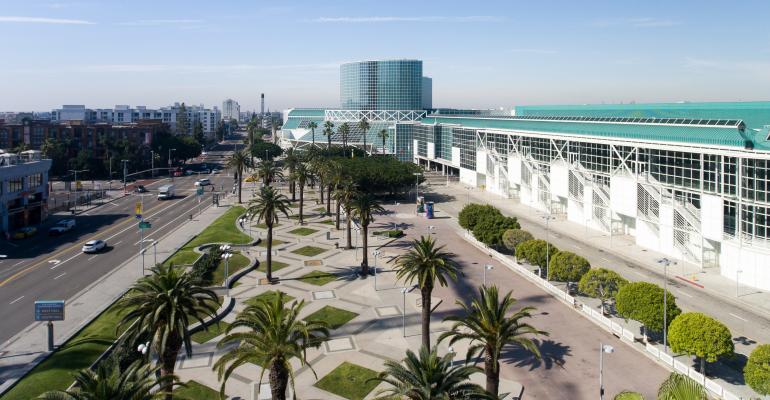 Mobile World Congress Americas convened at the Los Angeles Convention Center last week, leaving a super high-speed Internet network in its wake. For the 22,000-attendee event, the LACC permanently installed a 5G wireless network, the first for a convention center in the U.S.

5G, or fifth generation wireless networks, are just starting to roll out, promising much faster speeds and less lag time. Beyond smoother streaming for movies and videos, 5G is seen as a watershed moment for augmented reality, virtual reality, video calling, and Internet of Things devices, which were showcased at demonstrations at MWCA.

“The 5G installation will be the legacy of MWCA at the Los Angeles Convention Center,” said Ellen Schwartz, general manager of the LACC. “In addition to 5G, approximately 100 new antennas have been connected in the facility. All 4G LTE networks have been upgraded, bringing the best in wireless to future events held at our convention center.”

“The establishment of 5G at the Los Angeles Convention Center will serve as a catalyst across all of Los Angeles,” said Doane Liu, executive director of the City of Los Angeles Department of Convention and Tourism Development. “This is a significant development that will drive technological advancements in our city, reinforcing Mayor Eric Garcetti’s goal that Los Angeles will continue to be the number-one digital city in the United States.”