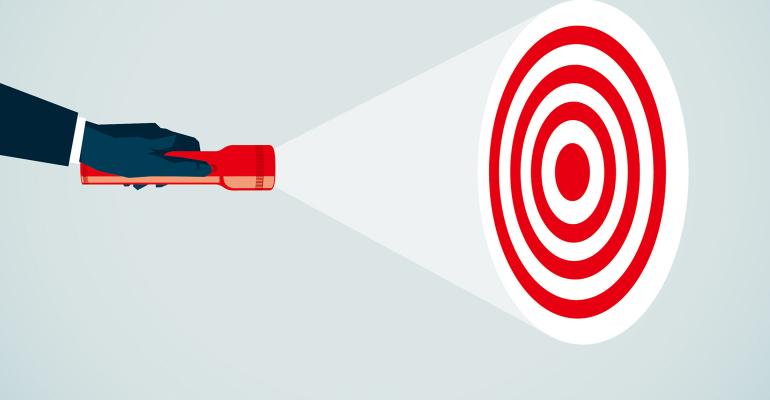 ABET bets on data-driven decisions to evolve its events.

When Danielle Duran Baron started nearly five years ago as marketing director for ABET (formerly known as the Accreditation Board for Engineering Technology), a nonprofit organization that delivers certification requirements for STEM educators, she became largely responsible for growing an annual conference that drew about 300 attendees each year.

At that time, “we had basically no useful data about our content; all we were doing was post-session surveys and post-conference surveys on paper, and those were looked at once or twice a few weeks after the conference,” she says.

“We were focused on the necessary educational components for our audience but not on the wider area of attendee experience—are we giving them sufficient overall value for their time and money?” As a result, the conference felt dated, she says, “the 2013 event was mostly the same as it was the prior six or seven years.”

Fortunately, ABET’s CEO agreed with Baron: Data-driven decision-making was the necessary next step for the organization’s in-person conference and other content offerings. So, in 2014, ABET’s accounting, planning, and marketing teams launched its data-capture journey: Accounting handled the registration process through Cvent, and planning used Hubb for speaker and session management and DoubleDutch as its event app. It would be marketing’s job to scour the data coming from these tech tools for insights on what to promote for the following year’s event.

In addition to event technology, Baron mined another great source for attendee preference data: She discovered a subgroup on Reddit focused on STEM accreditation where contributors often talked about the ABET conference’s role in meeting their needs. In response, Baron initiated a social-listening process within her department to gather useful data through keyword clouds from Reddit as well as LinkedIn and hashtagged Twitter conversations.

This data-capture framework was ready in time for ABET’s 2015 conference. “We urged attendees each day to use the event app, especially for the session ratings,” Baron notes. “We used push notifications, and we’d talk about it every time we went onstage at a plenary session.” As for the separate survey that addressed the overall event, “we basically locked the doors at the end of the final session and said that everyone who completed it right then on the app would be entered into a raffle for cool prizes.” The 70 percent response rate provided the most perception-based data the group had ever captured, and complemented the behavior- and action-based data collected through the event app and other software products. And because those immediate post-event survey results were so robust, the follow-up post-event survey sent two weeks later via email could include different questions while being shorter, which boosted its response rate.

The Aha Analysis
Among the insights coming from the data: ABET members wanted education well beyond accreditation-focused sessions. “We learned they want to hear about big issues affecting higher education at the widest levels,” Baron says. “That starts with the United Nation’s sustainable development goals, so the conference plugged into that element to inspire our attendees and show them they make the world a better place. We would not have gone in this direction without the deeper feedback from the past few years.”

In addition, from a logistical perspective, ABET revamped its conference structure based on that desire for a broader educational approach. “We went from nine concurrent sessions in some time slots to a maximum of five, and turned our most-desired topics into plenary sessions using a fireside-chat format with a topic expert and a professional interviewer,” Baron notes. “We also made changes to evergreen sessions based on speaker ratings; the topics remain, but the speakers and session formats don’t necessarily stay the same year after year. The internal disagreements we have over planning our sessions are no longer from anecdotes or personal hunches—the data guides the debate.”

After many years of flat attendance at the annual event, ABET attracted more than 500 people in 2015, more than 600 in 2016, and nearly 800 in 2017. Baron says they’ve achieved this growth through targeted marketing initiatives formulated from analyzing attendee data as well as non-attendee social-media activity throughout the year. “We know that whether you are a dean or a newly-accredited educator, here are the type of sessions you’re interested in and the types of actions you take at the event,” she says. “Then we highlight activities and content around those specific interests in the campaigns to each attendee segment,” she says. One other critical lesson Baron learned from the data: “People who are up for re-accreditation in two years are much more likely to come to that year’s event if we target them; we used to target people only one year ahead of their re-accreditation deadline. That has definitely grown our attendance.”

Even with the successes, ABET still has complications around analyzing its data as well as tough decisions to make about which software and apps to buy in the future. “All of our current products connect to some degree, but I don’t know how deep the possibilities are for data integration.” Baron says. “We try to get everything to spreadsheets, but with registration controlled by accounting through the Cvent product, we see some things but not the full reports. My department wouldn’t have the time to go through those reports anyway, but I always think: ‘What are we missing out on?’”

Lastly, attendee satisfaction with the DoubleDutch event app is strong enough that ABET doesn’t use the social-networking capabilities of Hubb’s speaker and content-management product, even if it might mean better data integration. “We will keep DoubleDutch another year and reevaluate attendee use and sentiment,” she says. “There is a lot of overlapping functionality with many of the products, so you have to weigh the pros and cons of what features to use in each product. But we have learned not to sign user licenses for more than two years because all these products evolve quickly.”