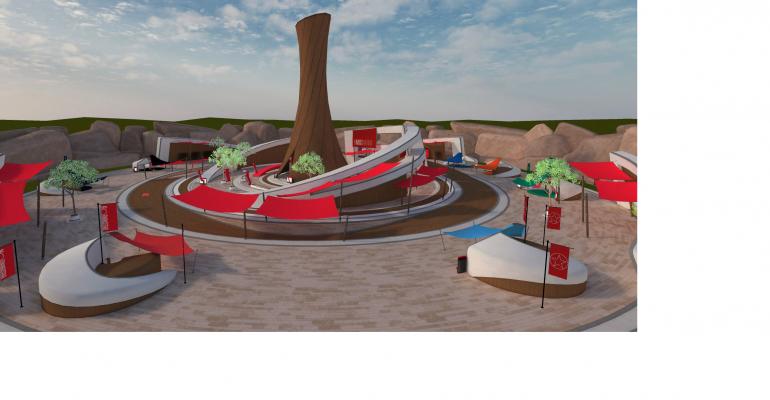 When the 2020 Morningstar Investment Conference launched on September 16, it wasn’t surprising that the event had gone to a digital format for the first time in its more than 30-year history. What was unusual, however, was that attendees at #MICDigital had two ways to attend: They could watch via computer, or they could strap on an Oculus headset and join a virtual-reality version of the event.

While the digital experience was hosted on the relatively well-known Intrado webcasting and streaming platform, the VR world was created by a conference-industry newcomer, London-based Mesmerize. #MICDigital was the launch event for Mesmerize’s GatheringsVR event platform, a new venture for a company whose main focus has been augmented-reality and virtual-reality experiences for training, data visualization, and entertainment.

The GatheringsVR environment promised viewers a “front row” for live sessions, and the experience was indeed immersive. Not surprisingly, the design scheme for the VR world was futuristic—a kind of Morningstar-themed oasis with a series of upscale exhibition booths surrounding a central auditorium. To move around, a VR visitor used his or her handset to send out a beam of light to indicate where to teleport, and helpful agenda stations made it easy to see what was on tap and place events in a personal schedule. The auditorium was eye-catching, with a soaring ceiling, a large screen streaming live presentations, and big Morningstar banners. A jump “downstairs” in the auditorium took the attendee to the on-demand session screen. 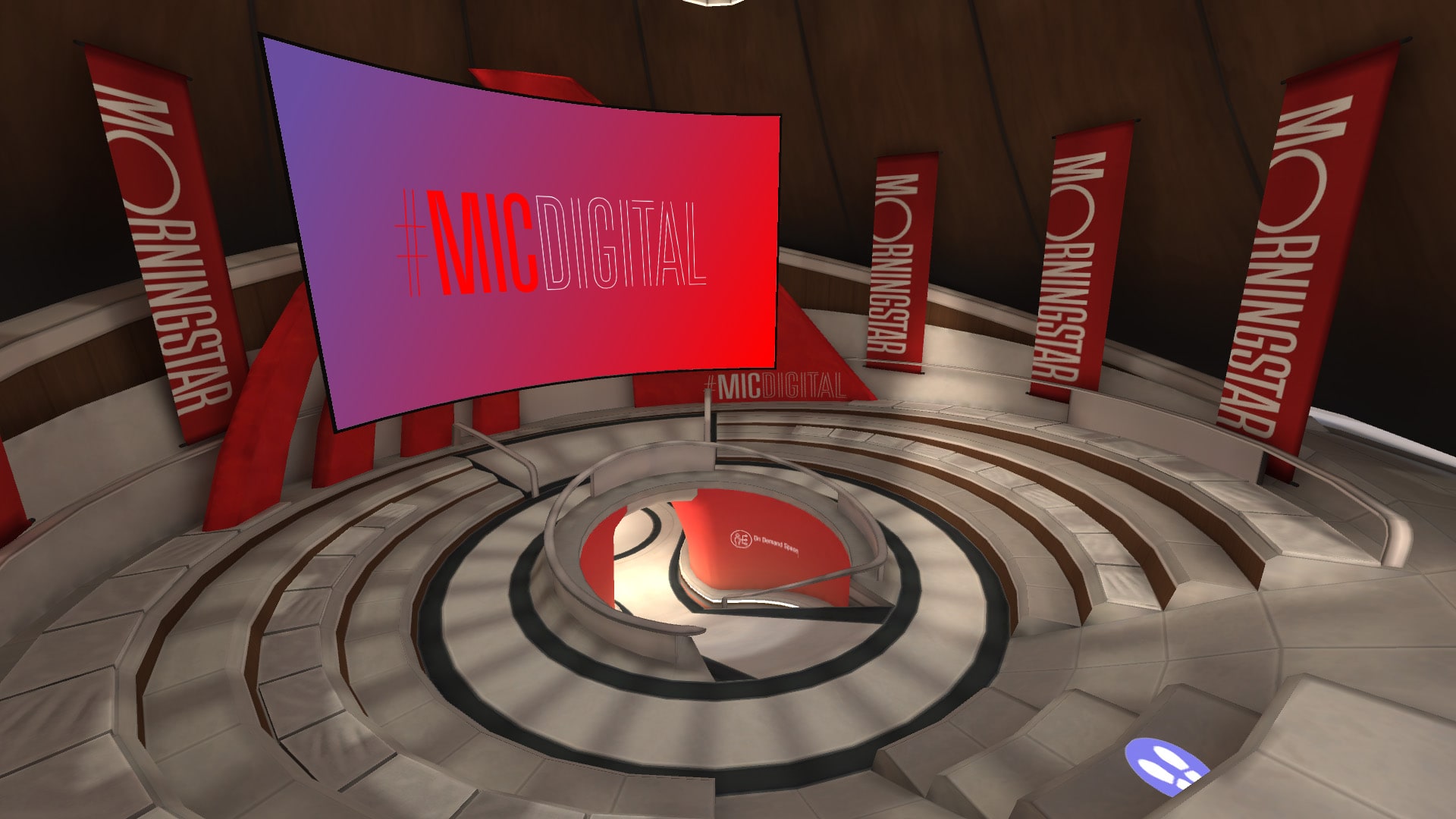 But why attend a conference via virtual reality if all the content is conveniently presented on a traditional online meeting platform? There were at least three benefits for Morningstar venturing into the VR realm.
1. Building anticipation. The sleek packaging of the wireless Oculus Quest headset and controllers, with branding from Mesmerize, Morningstar, and Oculus, made a high-end statement about the expected quality of the event and built anticipation in a way that an e-mail reminder couldn’t.
2. Driving Engagement. With an Oculus headset on, conference attendees are focused—they can’t answer email or look out the window without actually disengaging from the conference.
3. Positioning itself as an innovator. By aligning itself with a trending technology, Morningstar has the cachet of a trailblazer, too.

On the flip side, GatheringsVR did have a few drawbacks that were hard to ignore. To start, the Oculus headset is a bit heavy. Many attendees would want a break after 30 or 40 minutes of wearing the gadget. For #MICDigital, Morningstar was smart to sell virtual reality and online access as a package, so attendees could switch back and forth. 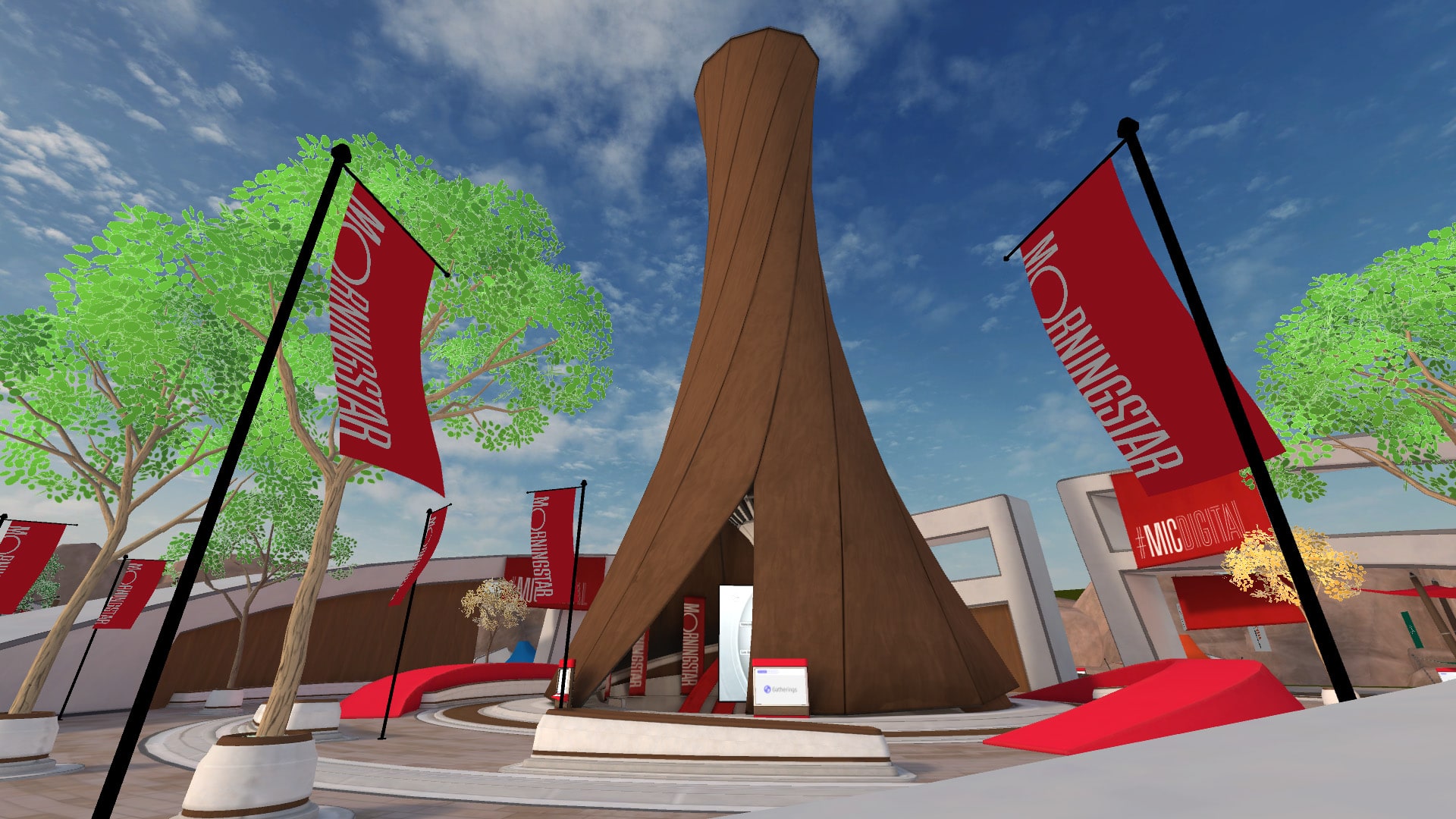 Next, the livestream screen was a little grainy. In VR, the speakers themselves were clear and engaging in a way that is hard to replicate on a laptop, but slides were a hard to read when the text was small.

Lastly, there was no interaction. Visitors to #MICDigital’s GatheringsVR site can watch livestreamed or on-demand sessions and visit booths to view videos, but they’re alone in a totally empty VR world, with no avatars in the booths or the auditorium. That may soon change, said Andrew Hawken, co-founder and CEO of Mesmerize, before the start of the conference. The plan is for an October release of the GatheringsVR software that will support attendee avatars as well as ways for attendees to speak to one another, both in public settings and in private rooms.