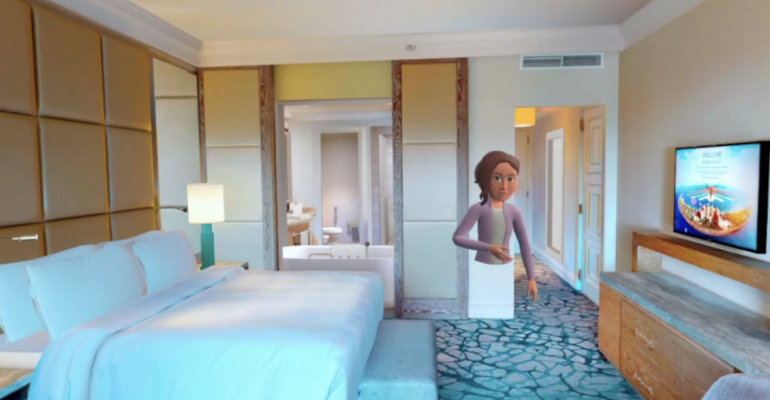 • Interprefy, which made its name by offering simultaneous translation conducted by live interpreters for virtual and hybrid events, is now offering machine-translation services for captioning online meetings. Similar to the way Netflix allows users to select a language for subtitles, Interprefy will provide captioning for live events and business meetings on platforms such as Microsoft Teams and ON24. The service complements the company’s real-time spoken and sign-language interpretation offerings. 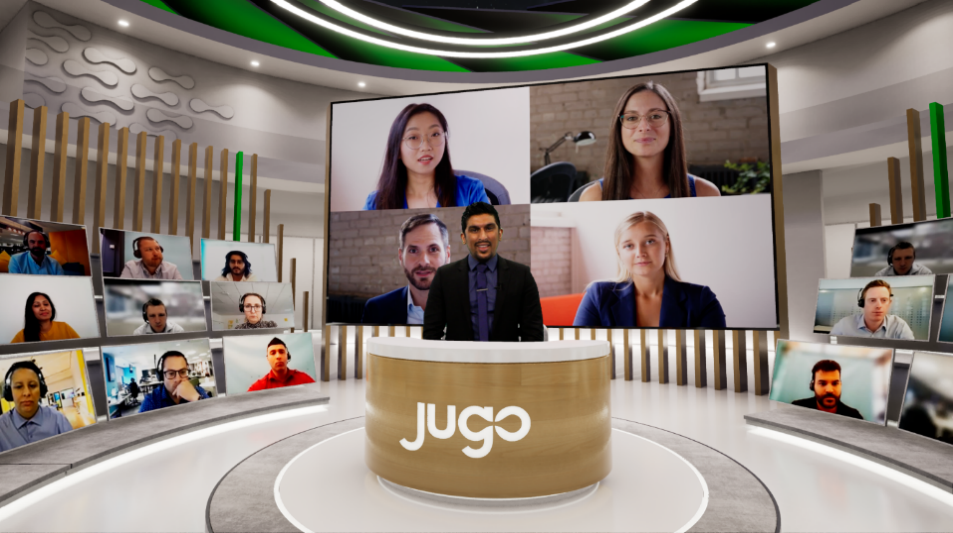 • Jugo, a virtual meetings and events platform, officially launched in May, with an eye to engage hybrid and remote workforces. The platform’s photo-realistic environment (photo at right) creates a three-dimensional feel to the online meeting space. The setting is a brandable, semi-circle auditorium that puts the moderator/speaker/team lead in the center and makes attendees visible to one another. Jugo’s president and CEO, Amy Kim, previously served as chief revenue officer at GDS Group, the business events and research company that developed the product during the Covid pandemic.

• Glisser has been creating conference engagement tools since 2014 and counts large businesses such as Facebook, Uber, and Pfizer among its clients. Like other technology companies, it changed its focus from in-person events to virtual events during the pandemic, and now it’s expanding that effort with $4.9 million in new venture-capital funding. The money will be used on the development of the Glisser Elements Software Development Kit, which helps companies integrate video streaming, slide sharing, and audience-interaction components into their websites and intranets. 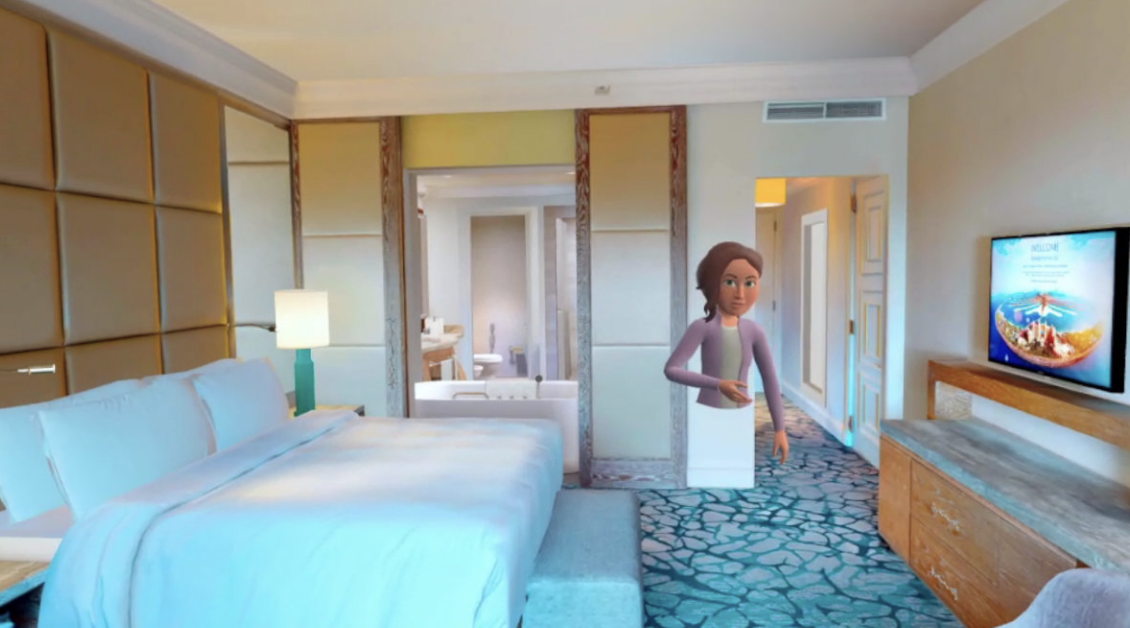 • Virtual site inspections have been around for a while, with many venues providing browser-based walk-throughs that give planners a feel for public spaces and meeting rooms. A company called RendezVerse hopes to take that idea to the next level with what it calls a “metaverse-as-a-service model for the hospitality and travel industries.” Using RendezVerse’s RV360 product, which launched on May 17, planners will be able to strap on a virtual-reality headset to conduct a site visit. The tool, which allows avatars to interact in photo-realistic environments (photo at left), will be available for meeting professionals to demo at IMEX Frankfurt this week. The company’s vision is to have more than 1,000 hotels online by the end of 2023. RendezVerse also plans to move beyond site inspections, including with its RV Podium product that will build out conference spaces for virtual-reality meetings.

• Webinar and videoconferencing software Livestorm rolled out a new tool in early May that provides planners with metrics on attendee engagement at their online events. The system looks not just at attendance numbers, but also at how long people stayed; how many asked questions, wrote messages, and answered polls; and other factors to arrive at a Video Engagement Score.

• A number of announcements have come from virtual-event provider ON24 this spring. In April, the company made its first acquisition, bringing VIBBIO, a Norwegian video-software firm, under its umbrella. VIBBIO allows people to create and edit videos even if they have no editing experience, and the deal is aimed at integrating more video into the ON24 platform. In addition, the company has launched ON24 Forums, a platform for hosting moderated discussions with a high level of audience participation, and upgraded its capabilities around virtual breakout rooms. Breakout attendees can now raise their hands; sessions can be recorded and archived; and the system now allows for anonymous attendees.