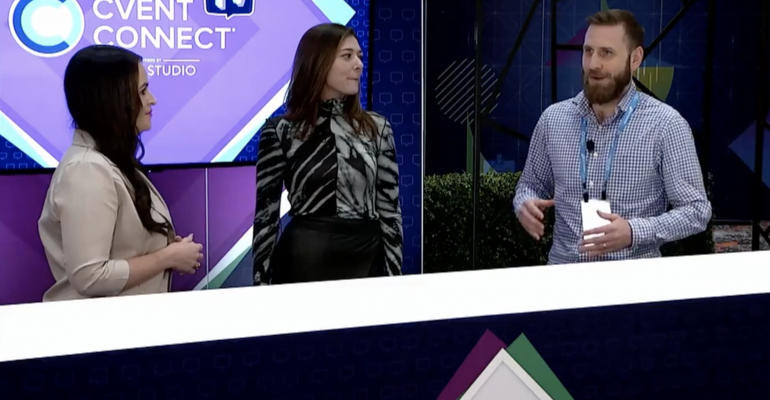 In the moments after hosting 12,000 people in person and online, the Cvent and Encore planning team offered perspective and advice on how to run an effective hybrid meeting.

April 11 to 14 saw Cvent, the largest provider of technology for planning and executing meetings and events, host more than 2,000 planner customers at Caesars Forum in Las Vegas for its annual Cvent Connect event. Another 10,000 customers and other meeting-industry members participated virtually.

This was the second time Cvent Connect was held in a hybrid format, and just eight months after the first iteration. During a wrap-up series of interviews for the online audience on the last day, various members of the planning staff spoke to virtual-program emcee Courtney Stanley about their work.

David Heizer, team lead, professional services for Cvent, noted that “we learned a lot from last year’s event and since that time, too. For that first hybrid, we didn't have a playbook, but this time we could take things from last year's playbook and build on them.”

Specifically, “you have a lot of momentum out of the gate when it's the second show with the same team. Just knowing the event’s audience and flow, being familiar with how everyone works, having the documentation—all of that was a big help for us coming back after just eight months.” Another big help: A full debriefing of the entire team after the 2021 event. “That's what you want to do in order to optimize the things that worked, and keep everything getting better.”

To properly serve the virtual audience, Heizer advised planners to “test early and test often. Somebody told me that plan A is always a decoy, and that tends to be true. For most of our streaming stages, we had anywhere from three to seven backup plans so that if a given scenario happened, we knew exactly how to pivot.”

Cvent’s production partner for the event was Encore, and Rob Stout, the firm’s vice president of production operations, said that a hybrid event “boils down to this: It’s one event but two experiences. The people who are in person have the advantage of taking in the whole environment, while those watching on a screen are getting more of a broadcast dynamic, and you have to plan for that difference. There's a little more staff talent that’s needed—the broadcast requires more of a technical toolkit to really make the experience for remote attendees engaging, like a sporting event. I think that kind of investment is key, and it's worth it in order to get a high degree of remote-attendee engagement. It's not the same show for each audience.”

Kayla Sommers, CMP, senior meetings and events planner for Cvent and production lead for Connect, said that the team worked especially hard on making the opening entertainment segment a great hybrid experience. “The focus was not just on the people watching the performance on the stage in front of them; we really tried to choose something that would come across through the camera to all those desktops incredibly well.” 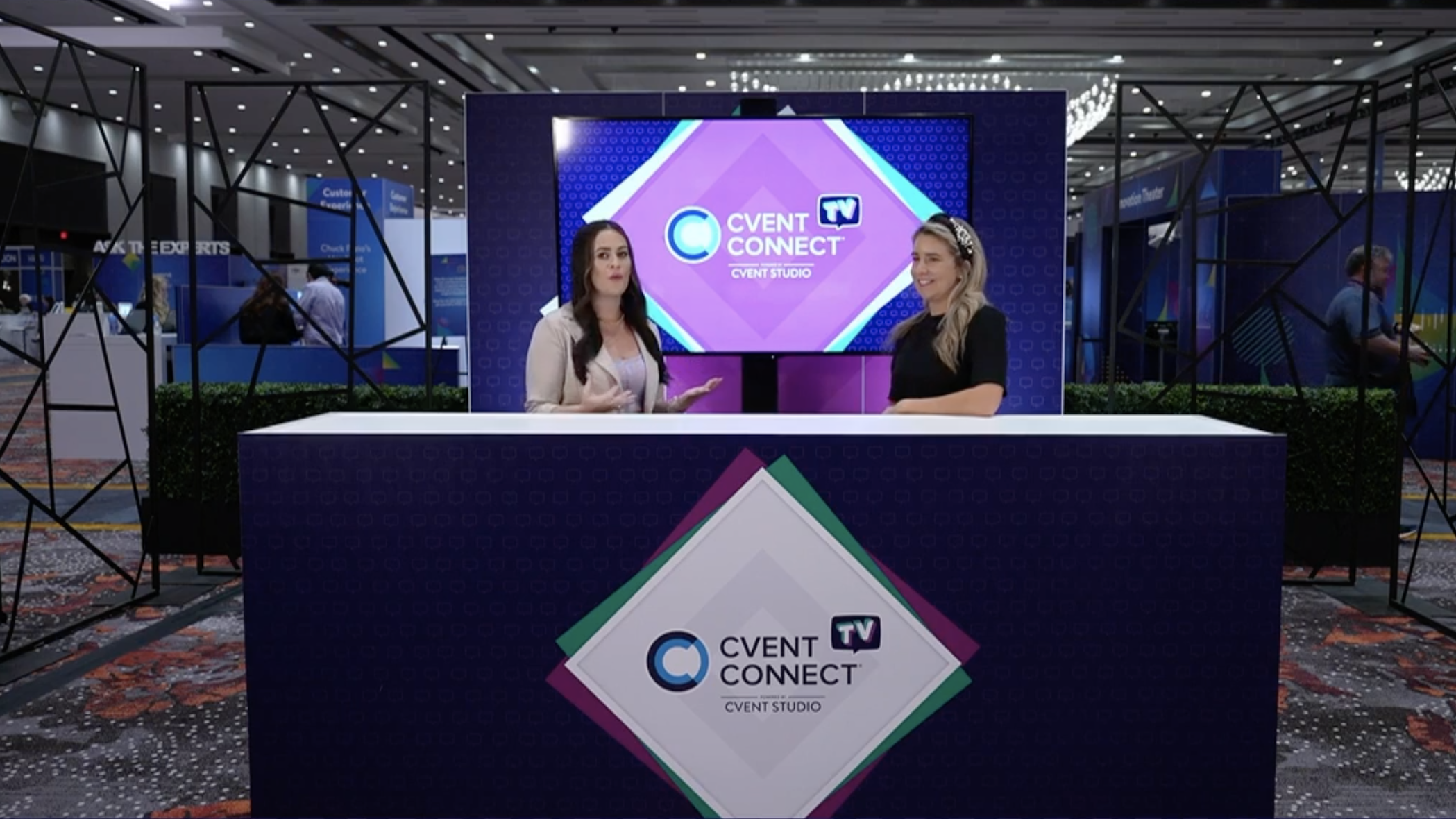 Paulina Giusti (in photo, wearing black), senior meetings and events manager for Cvent who oversaw the planning team with Sommers, added that “now's the time” to stretch what you do with your events, perhaps even “take some risks. We're all making our way back into in-person events, and I think this is the opportunity to give something a go that you've never done before. We did a lot of that with this year's programming, including creating a lot more networking opportunities. And we're ready to take some more chances with some other programs we've got coming up,” including Cvent Connect Europe taking place October 4 to 6.

In his keynote on day one, Cvent founder and CEO Reggie Aggarwal emphasized that hybrid events will continue long after the Covid pandemic ends. As for the efforts that corporate, association, and third-party planners made to get up to speed technologically during the pandemic, “I want to thank all of you for your grit and your determination for adapting and embracing digitization so that our industry can move forward,” he said. “Just remember, technology is here to stay. It's accelerating and it is now pervasive across the entire event lifecycle, and you've got to embrace it as a core competency.”