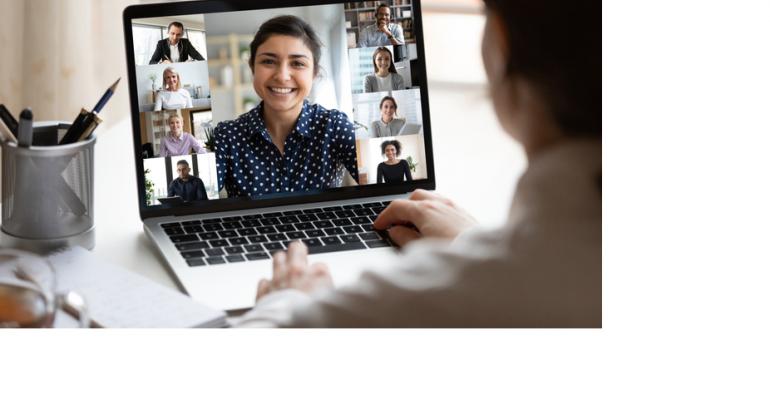 Part four of a four-part series on the rise of virtual meetings during the coronavirus pandemic.

If there’s one thing that most people in the meetings business count on, it’s this: There’s no better way for colleagues to get to know one another’s perspectives, ways of thinking, and temperament as well as build camaraderie and trust than through an in-person meeting. And without a doubt, that’s true.

That doesn’t mean, however, that the in-person medium is the only way to achieve those objectives. Today’s virtual-meeting technologies allow people to engage in small-group conversation, collaboration, and problem-solving that used to be possible only in a face-to-face environment.

In this moment of crisis, at least one firm that delivers teambuilding exercises during in-person events is furiously converting its activities that build relationships, camaraderie, and trust for use in the digital realm. Orlando-based Play with a Purpose is adapting its programs to be effective across Zoom, Microsoft Teams, Adobe Connect, GoToMeeting or another videoconferencing platform in concert with a document-sharing application to deliver effective teambuilding exercises.

Sharon Fisher, CEO of the firm, says that even after the travel lockdown is over, “the world of work is going to be more remote, and managers will need to have people bond and feel like a team through the electronic medium. Virtual happy hours are fairly good right now for getting people to talk, but over time the possibilities will have to go farther than that. We are going to be able to do team coaching through video technology.

Here are two programs that Play with a Purpose has converted to be effective in a virtual-meeting format.

The ABCs of Teambuilding. With the title referring to an alphabet-based puzzle that team members must solve in 60 minutes, the exercise begins with each person working alone for 15 minutes on a series of challenges that move toward reaching the puzzle’s grand solution. Then “we bring three people together as a team via video, and they show each other through document sharing what they have accomplished and decide how to continue working toward the big-picture solution,” Fisher says. “After 15 minutes of that, we bring together three of the three-person groups for the same purposes, and suddenly it becomes clear that the ideas and perspectives of nine people working on the same challenges can be really varied and creative.” The final 15 minutes sees the entire team, up to 27 people, on a videoconference piecing together their progress and trying to get to the grand solution.

“While most teams don’t solve the entire puzzle, it takes everyone pulling together and throwing out ideas to get close to the solution,” Fisher says. “It’s a good session for people to appreciate everyone else’s diverse skill sets and perspectives, and to see how that diversity of thought moves a project forward.” And along the way, the ability to see the facial expressions and body language helps team members better understand each other.

Peak Performance. A more complex project, this two-hour exercise has teams trying to guide a group of customers to the top of a mountain and back down safely while the conditions they face continually change and require new decisions. Using document sharing and a videoconference, “each team builds a plan for the route it will take and the resources it will use each day of the expedition. You have a lot of information but still must do some informed guessing on what might happen along the way, talking your way through the possibilities so that everyone is comfortable with the risks people will be exposed to,” Fisher says. Then in real time, the team watches a computer-simulated view of how its decisions are playing out on the mountain, revising its plans the moment a new situation arises.

Multiple teams can compete on reaching checkpoints as well as the total time required to reach the summit and return to base camp. “It’s a higher-level exercise that we’ve always done in a meeting room: weighing the factors and discussing possibilities and changing course as real-time conditions change,” Fisher adds. “A team might have to decide right then to double back to make progress or sacrifice speed for safety, but still make sure not to miss reaching the next campground before dark or without enough supplies. Those decisions are put out to the team for discussion, but time is limited.”

At the end of two hours, all teams can come together for a video-based debrief, hearing what their competitors faced at certain moments and why they made the decisions they did.

A VIRTUAL TIPPING POINT: THE SERIES
PART 1
Virtual Events: We’ve Reached the Tipping Point
Four critical factors driving digital meetings forward
PART 2
A Blueprint for the New Reality
How to manage a meetings portfolio featuring both in-person and virtual events: objectives, budgeting, and staff responsibilities.
PART 3
The Virtual Platform in Action
A major pharmaceutical firm converted one of its two annual in-person sales meetings to the digital medium. Here’s how it went.
0 comments
Hide comments
RECOMMENDED FOR YOU