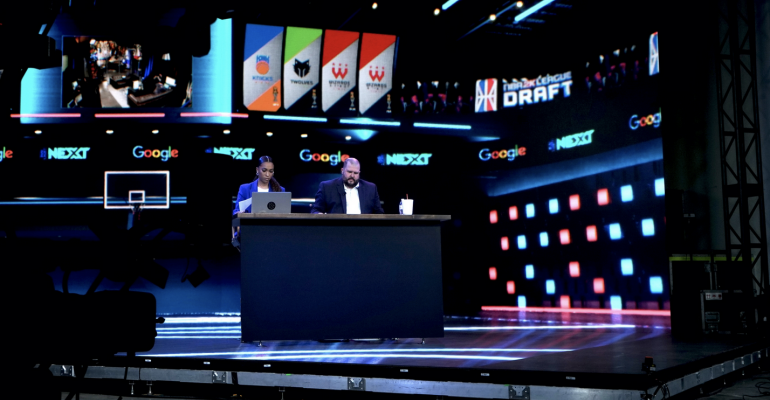 How an LED Volume Can Upgrade Your Virtual Event

A beginner’s look at the immersive extended-reality technology possible in a virtual-production studio.

If your manager asked you to contact a virtual-production studio that has an “LED volume” and work with its content designers for an upcoming event broadcast, would you know where to start? Do you know what an LED volume is? Do you know how the production process works?

Over the past few years, digital technology has changed the way video is produced, and one of the biggest innovations is using a stage made of LED panels (referred to as the “volume”) to be able to transport speakers into any recreated physical or never-before-seen environment and create an immersive experience for the audience.

LED volumes are a huge upgrade from old-school “green-screen” technology, where the speaker must imagine the scene in which the action is happening, and the backdrop is inserted in post-production. Rather, the speaker stands in front on an LED wall (and sometimes on an LED floor) with all the background action occurring live on set. Everyone involved can see and react to the scene. 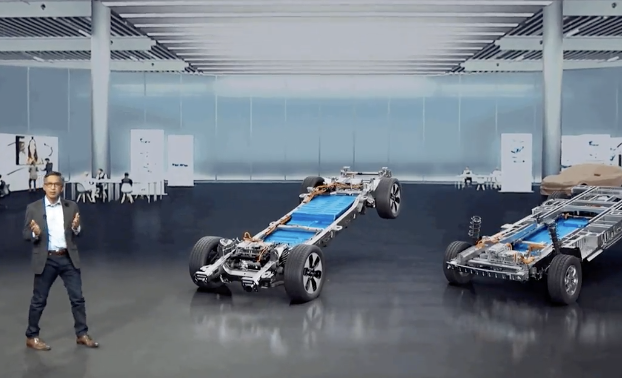 When Ford Motor Company wanted to show off its electric vehicles as part of its Capital Markets Day events last year, it worked with virtual-production studio MEPTIK. Thespeaker talked in front of a large, curved LED screen, and at one point the cars’ outer skins evaporated to reveal the inner workings (photo left) and allow the speaker to explain what the audience was seeing in real time.

The Design Process
Going from concept to live event with a virtual-production studio shares steps with traditional event design, but there are some differences in the way you build and refine the environment. One of the obvious differences—and challenges—is that the scenes that appear on the LED screen are limited only by your imagination. Katie Pietzka, marketing coordinator at MEPTIK, walked through the  steps of using LED volumes to create an xR experience.

Concept and Ideation
“People can come to us with any ideas,” said Pietzka, who says the initial conversations are about their vision and what they want to accomplish.

Mood Boards
Next, discussion turns to the feeling and style of the event. Mood boards, said Pietzka, provide inspiration for the tone, color, and feel of the event. Is the atmosphere high tech? Celebratory? All business? A mood board will make sure the designer and all stakeholders understand the vision of the event from the start.

Styleframes and Iterations
At this point, the designers create the first visualization of the set based on the concept and mood board discussion. For NBA 2K22 Virtual Draft League (photo at top), MEPTIK came up with a basketball court “venue” decked out in high-energy neon. The stage included a physical sport-commentators’ desk for the real-life speakers, with an augmented-reality logo superimposed onto the desk. “The styleframe is what the concept will look like; it’s not final,” said Pietzka, noting that these typically go through a series of iterations to “dial in” the style and align the vision with the content.

On-Site Modifications
Once final, the content is then prepared to be displayed in an LED volume and readied for the livestreamed or pre-recorded event. Organizations can bring their speakers to an existing virtual studio or have an LED volume stage built out at the meeting venue or at their headquarters.

The difference between this process and the old green-screen technology is night and day, said Pietzka. “Using a green screen, removing the green background from the video feed and green light bouncing onto people’s skin and clothing is a tedious process. When we film [with an LED volume], the lighting is already dialed in, which makes it easier to live-stream directly to the audience. The moment the speaker steps foot on stage, they are already integrated into the scene behind them. Speakers can also see their surroundings and what they are presenting to the audience. A huge benefit to xR production, in general, is that everything can be determined in pre-production.” You can also make adjustments to lighting and other variables before the event begins.