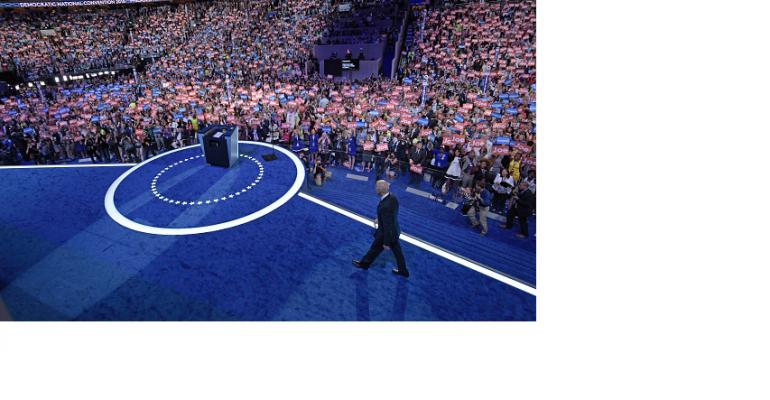 Unable to leverage the energy of an in-person event, planners of the Democratic National Convention designed their virtual event to drive home key messages in other impactful ways.
Event Tech & Virtual Meetings

The Democrats’ August 17-20 event will stream across 15(!) online platforms, use daily content themes, and feature a variety of speakers and presenters—many of whom aren’t pros.

With the Covid-19 pandemic making the Democratic National Convention unable to happen in Milwaukee—costing that city nearly $200 million in economic impact—the event’s planning team has spent the past two months figuring out how best to deliver the party’s overarching message and supporting content through the electronic medium. Meeting pros from both sides of the aisle will be watching to see how this high-profile convention comes together online and what strategies the DNC uses to keep viewers engaged.

The convention will air live nightly on several cable news channels from 9 to 11 p.m. ET, with the second hour expanding to the four major networks. The Biden campaign will also stream the entire convention live on 15 platforms, including the party’s convention website, YouTube, Facebook, Twitter, Roku, Amazon Prime, and the websites of the major networks.

For those who tune in, "you're not going to see that many people speaking behind podiums," said Stephanie Cutter, program executive for the 2020 DNC convention. While there will be brief speeches by former Presidents Barack Obama and Bill Clinton, Senators Bernie Sanders and Elizabeth Warren, former Senator Hillary Clinton, and New York Governor Andrew Cuomo, Cutter noted that "you'll also see people in their living rooms, on factory floors, in schools, on town squares” in both pre-produced and live segments. “We're lifting up the stories of everyday Americans.”

Check out this article for the specifics of the DNC’s content strategy, including the four daily themes that will connect each day’s speeches, interviews, and storytelling segments.