Beyond the cameras and technology, The Event Nerd team wants to bring their special-event expertise to online experiences.

In May, Dallas-based event producer The Event Nerd will open The Studios at Deep Ellum, a virtual-meeting broadcast space.

From the studio, The Event Nerd team will broadcast digital events from a “black-box” stage or other spaces in the facility. Up to 100 attendees can be hosted in-person in the studio for a hybrid meeting, and the company can also work with other virtual-event studios thro 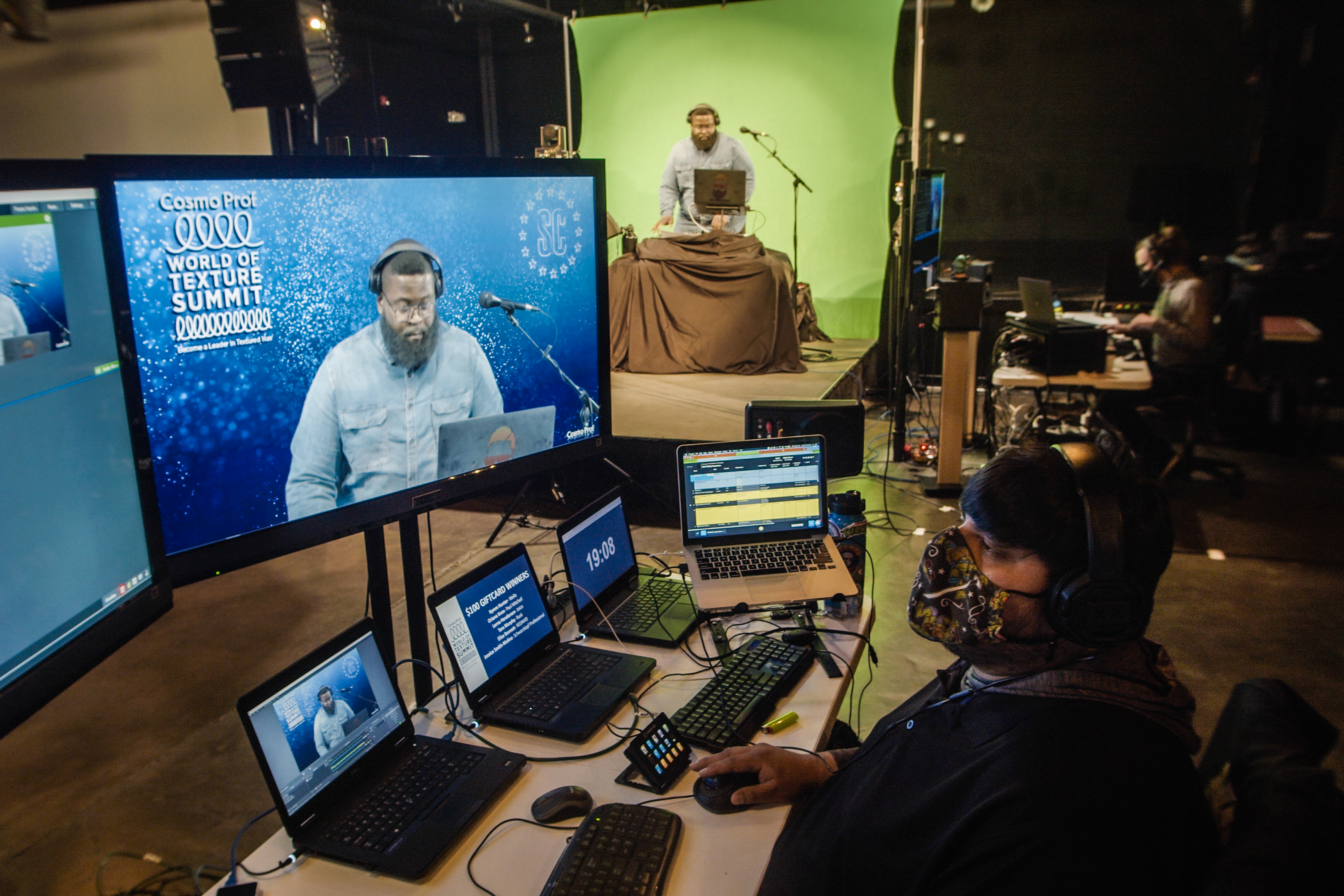 The Event Nerd is led by J. Damany Daniel, who serves as chief imaginator for the nine-year-old company, which has recently hosted virtual events for Sally Beauty and Confab. Daniel is also an arts and culture commissioner for the City of Dallas and can be heard on his podcast, Casually Creative. He is also involved with Dallas’s Deep Ellum arts community as a board member of the Deep Ellum Foundation.

The new venture, he says, will be a one-stop shop for virtual events, bringing the technical know-how, creativity, strategy, and support staff to the event. “We want to make it as easy as possible to have dope events,” he says. “Plus, we want to make it turnkey. From the makeup artists to the catering to the scenic and set design, we’re taking care of everything, so you don’t have to book anything.”

The Deep Ellum section of Dallas is just east of the downtown historic district and 20 miles from Dallas-Fort Worth International Airport.