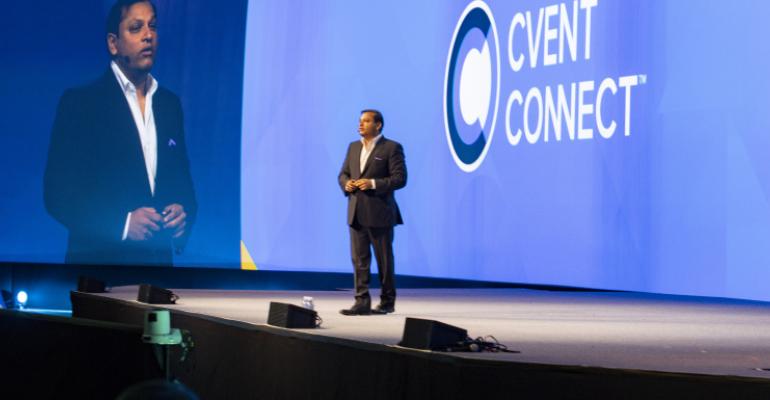 Cvent in Talks to Go Public; Zoom May Invest

Privately held since 2016, Cvent may build its future as a publicly traded company.

What’s next for Cvent? Speculation is in high gear after the Wall Street Journal reported this week that the event-management software giant has agreed to a deal that would make it a public company again. Additionally, Bloomberg has reported that Zoom, which officially launched its Zoom Events platform this week, is in talks to invest in that deal.

According to the WSJ report, Cvent plans to merge with Dragoneer Growth Opportunities Corp. II, in a special-purpose acquisition company deal that will take it public. Right now, the meetings company is owned by private-equity firm Vista Equity Partners.

Cvent is not commenting on what it calls “speculation,” and the Bloomberg article notes that the deal could still fall apart—or be announced in the coming days.

“Cvent is, by far, the largest event-tech company in the world. It has a wider array of tech offerings, it has more employees, and, when acquired by Vista Equity Partners in 2016 for $1.65 billion, Cvent was the most expensive event tech acquisition in history,” notes meeting-technology consultant Corbin Ball, CSP, CMP, DES, of Corbin Ball & Co. “As nearly all attendee-management companies did during the past 18 months, Cvent substantially expanded its virtual/hybrid event capabilities, a tech space that has seen huge funding and acquisition rounds.” By example, Ball points to Verizon’s purchase of Bluejeans for $400 million, Hopin raising $400 million from investors this spring, and Cisco’s acquisition of Slido.

“Cvent’s merger with Dragoneer Growth Opportunities Corp. II, valued at more than $5 billion, sets yet another record,” Ball says. “Cvent’s array of tech offerings is already quite broad. My guess is that the IPO [initial public offering] dollars will be used to acquire existing event-tech companies to round out and expand what it has, especially in the hotly contested hybrid/virtual space. Streaming companies, production companies, AI marketing, and analytic companies could be potential targets.” According to the WSJ report, virtual events now drive more than $100 million in revenue for Cvent, a significant part of its more than $500 million in annual sales.

Where Zoom fits into Cvent’s plans, and vice versa, is still unfolding. According to the Bloomberg report, the video platform is negotiating to join the deal that would take Cvent public, with an investment of 10 percent of the equity needed. Currently, Zoom’s software can be integrated with Cvent’s, according to the Cvent website.

The new Zoom Events tool is aimed at conference organizers whose requirements go beyond the simple, single-day meetings Zoom is known for. The platform allows multiple content tracks through a central hub that presents the schedule of concurrent sessions. Zoom Events will also have engagement and networking features, handle ticket sales, and track attendance.