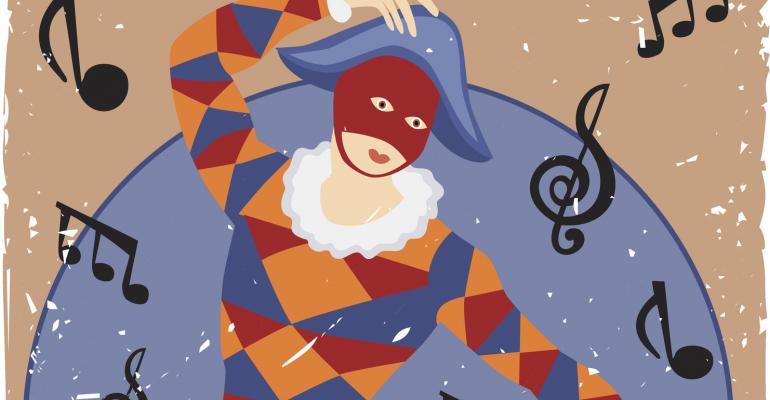 Adventures in Conferencing: Why You Should Let Loose Your Inner Themer

If you want your next meeting to be memorable, don’t just think up a theme. Commit to it.

Over the last 12 years, I’ve spoken at somewhere north of 500 conferences. With that many under my belt, it’s natural that some are more memorable than others. For example, I remember the one that was cancelled due to riots—but mostly because I promised my wife a long time ago that I would stop participating in riots. I also remember the time I arrived to the Austin airport at 4 a.m. after six hours of plane delays and managed to catch 45 minutes of sleep before my morning keynote. Unique experiences tend to stand out.

That’s why I can’t say enough about the value of giving your next meeting a theme. While I can’t give you a lot of details about most of the conferences I attended in 2011, I could bore you to death with the details of my first (and so far only) Renaissance-themed conference—for a tech company, by the way, which is about as far from the Renaissance as you can get. But that didn’t stop them from having dragons, a gigantic portcullis made out of balloons, and two actors in Shakespearean garb wandering around saying “prithee” and “wherefore” while bowing and curtseying. The pageboy/minstrel outfit they asked me to wear while I gave my presentation is still one of my favorite things I’ve worn on stage.

I also remember the “Eurotrash” conference (their name for it, not mine) put on by a healthcare group. It involved glowsticks and club music and (warning: semi-racy description coming!) two bare-chested men covered in body paint and dancing on a catwalk stage as you entered the closing party. They were impossible to miss, and impossible to not photograph.

And I also remember the Alice in Wonderland conference three years ago in Juneau, Alaska, which involved giant papier-mache mushrooms and a contortionist dressed like a hookah-smoking caterpillar and a tiny door that you had to crawl through in order to get inside. I remember all of these because they were surprising, original, and crazy in an endearing, almost addictive way.

Here’s what will happen if you choose to go all-out for the theme of your next meeting. People will roll their eyes at any theme you suggest, certain that anything other than a meat-and-potatoes kind of event is too dorky to endure. A few people will even make fun of you. And as soon as it’s over, you’ll start getting emails from your attendees wondering what next year’s theme is going to be.

If you want to create an experience people will remember, a tasteful cocktail party by the opulent pools of your desert oasis hotel can certainly work. But a country-themed closing party with a prize for “Best Cowgirl” will definitely do the trick. Especially if you allow the men to compete for “Best Cowgirl,” too.

Jeff Havens is a speaker, author, and professional development expert who tackles leadership, generational, and professional-development issues with a blend of content and entertainment. He is a contributing writer to Fast Company, Entrepreneur, BusinessWeek, and The Wall Street Journal, and has been featured on CNBC and Fox Business. For more information, email [email protected], or visit Jeffhavens.com.