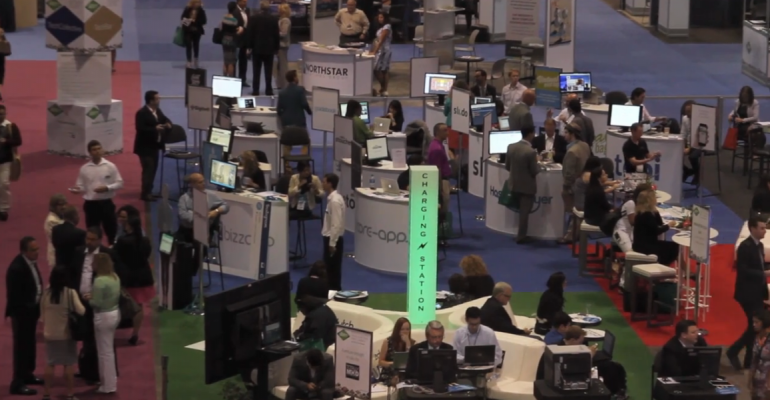 <p>Scene from the 2014 AIBTM trade show floor, which will look much different in 2015.</p>
Career/Life/Travel>Professional Development

AIBTM Rebrands and Reinvents its Trade Show for 2015

Exhibitors had barely begun breaking down their booths at this year’s AIBTM show in Orlando this week when news broke that Reed Exhibition’s American hosted-buyer event would be reinventing itself for 2015. With a new moniker—IBTM America 2015—the next version of the four-year-old Americas Incentive, Business Travel & Meetings Exposition will be limited to just 250 senior corporate, association, government, and third-party decision-makers who do business in the U.S. as well as abroad. This will be a considerable downsizing: AIBTM drew approximately 1,200 buyers to this year’s show.

The number of exhibitors—40 percent of which will be international and 60 percent U.S.–based—also will be limited to 250 to achieve a one-to-one buyer/supplier ratio. This year’s event had 500 exhibitors. The 2015 show will be in June in Chicago. According to AIBTM Marketing Director Jamie Rosov, show organizers are still considering options for the event venue.

The trade show experience also is being reimagined. According to a statement, all exhibitors will be provided with identical, turnkey, pod-design 8-foot–by–8-foot booths, both to provide a level playing field and to reduce exhibitor costs by eliminating freight, drayage, and other setup and tear-down fees. Exhibitors and planners will choose who they have appointments with using a mutual-match system. Each individually invited and vetted hosted buyer will be required to attend 30 pre-scheduled appointments over two exhibition days (15 per day). According to Rosov, “There will be breaks throughout the day for more networking and also to help build the community.”

IBTM America 2015 will retain its educational component because, as Rosov says, “We know that education is such a huge driver for the U.S. hosted buyers. IBTM America’s Knowledge Forum will still offer the CEU credits they need for their continuing education.”

Sallie Coventry, portfolio director, IBTM Global Events Portfolio, says the successful launch of this mutual-match concept with tabletops at its IBTM India and IBTM Africa shows the need for this type of “exclusive and private” event, which IBTM America 2015 will take one step further with its intimate pod booth environments for face-to-face meetings. Show organizers also consulted with industry and members of its U.S. advisory board to help reshape the event.

“IBTM America will now give the U.S. meetings industry its own niche event that is focused on the business of meetings, no distractions, no time-wasting,” Coventry says.

Warning to Trade Show Producers: Be Kind to Your Exhibitors
Jun 04, 2014