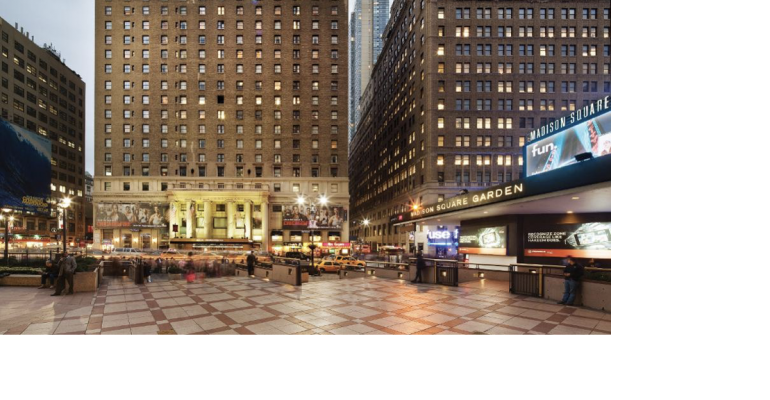 NYC’s Hotel Pennsylvania has 660 refreshed guest rooms, with the remainder to be done by early 2021.

As the fourth-largest hotel in New York City, the 1,705-room Hotel Pennsylvania, located on Seventh Avenue across the street from Penn Station and Madison Square Garden, is making a stronger play for large business events thanks to a three-phase renovation that will be complete by early 2021.

As of now, 660 guest rooms have been upgraded on specific floors, though they retain some elements of the property’s charm from when it first opened 100 years ago. For instance, valet doors—pioneered at the property and still in existence at just two other U.S. hotels—sit next to guest-room doors; they open to an interior compartment so that guests can leave shoes and laundry for the staff to retrieve, clean, and return to the compartment. 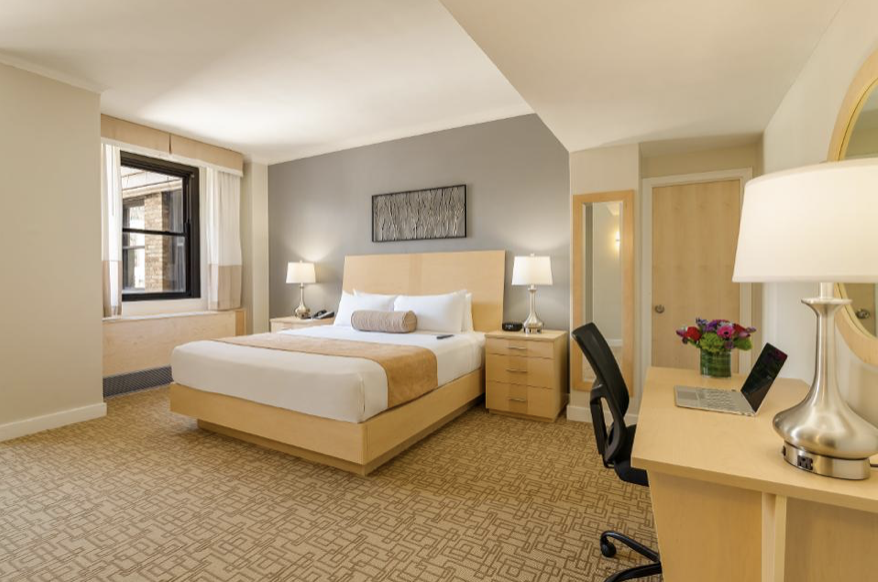 There’s 32,000 square feet of event space across three ballrooms and 16 breakout rooms. In addition, the large elevator landings on several guest floors have been redesigned as lounge and co-working spaces fitted with communal tables made from reclaimed materials. And a quasi-secret room on the 12th floor allows guests to observe the “1919 Pantry,” a visual exhibit of the artifacts, amenities, services, styles, and guests from the hotel’s past.

Although the hotel does not have its own restaurant, guests receive discount vouchers for several nearby eateries, including a free continental grab-and-go offering or buffet breakfast at New York City's largest global food court, Café R. There’s also 15 percent off lunch and 20 percent off dinner at a large upscale tavern, Stout’s on 33rd Street.

Partly because of the work done during the renovation, the Environmental Protection Agency has recognized Hotel Pennsylvania as one of the most environmentally friendly hotels in New York City.