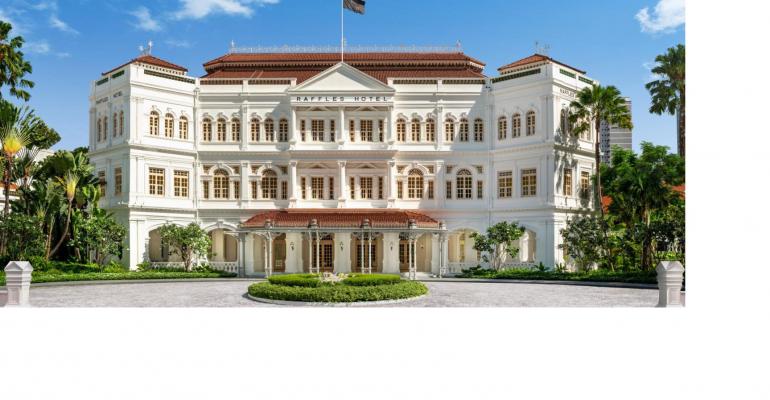 Raffles, Singapore’s oldest hotel, has reopened after a two-year renovation to update the luxury property.

The international success of the book and film, Crazy Rich Asians, is giving Singapore a moment—just in time for this month’s reopening of the city’s most storied hotel. Raffles Hotel is a former beach house that became a hotel in 1887 and is named for Sir Thomas Stamford Raffles, Singapore’s founder. The historic property has survived both the Japanese invasion of Singapore and parties thrown by Elizabeth Taylor, as well as an incident involving a tiger at large in the billiard room.

On its hundredth birthday in 1987, the Singapore government named the property a National Monument, and it is the birthplace of the city state’s national drink, the Singapore Sling, created in the Long Bar at the hotel in 1915. The Long Bar is one of the public spaces that were renovated to remove some of the gaudiness of the colonial décor, but still retains its famous historic features: white columns, elegant plasterwork, high ceilings, and eucalyptus and teak floors. The Writers Bar, a new venue created during the renovation, honors some of the famous authors who stayed on the property, including W. Somerset Maugham who said the hotel “stands for all the fables of the exotic East,” and Nobel Prize winner Rudyard Kipling, who mentioned it in his book, From Sea to Sea; Letters of Travel.

The property has eight meeting rooms with a total of 26,000 square feet of space, including the famous courtyard and an event lawn. The largest room is 5,200 square feet and there is a smaller ballroom of 3,423 square feet; both have been refreshed. The Jubilee Hall theater has been converted into the new Grand Ballroom which can accommodate more than 300 guests under its signature Venetian light fixtures.

The renovation of the all-suite hotel has increased the number of suites from 103 to 115, and there are nine levels of accommodation, from studio to residential and presidential suites.

The renovation simplified the look and feel of public and private areas of the hotel with a fresh coat of “Raffles white” paint for a modern, calming effect. General Manager Christian Westbeld said of the renovation, “I don’t want to say we are now hip, but we are relevant.” 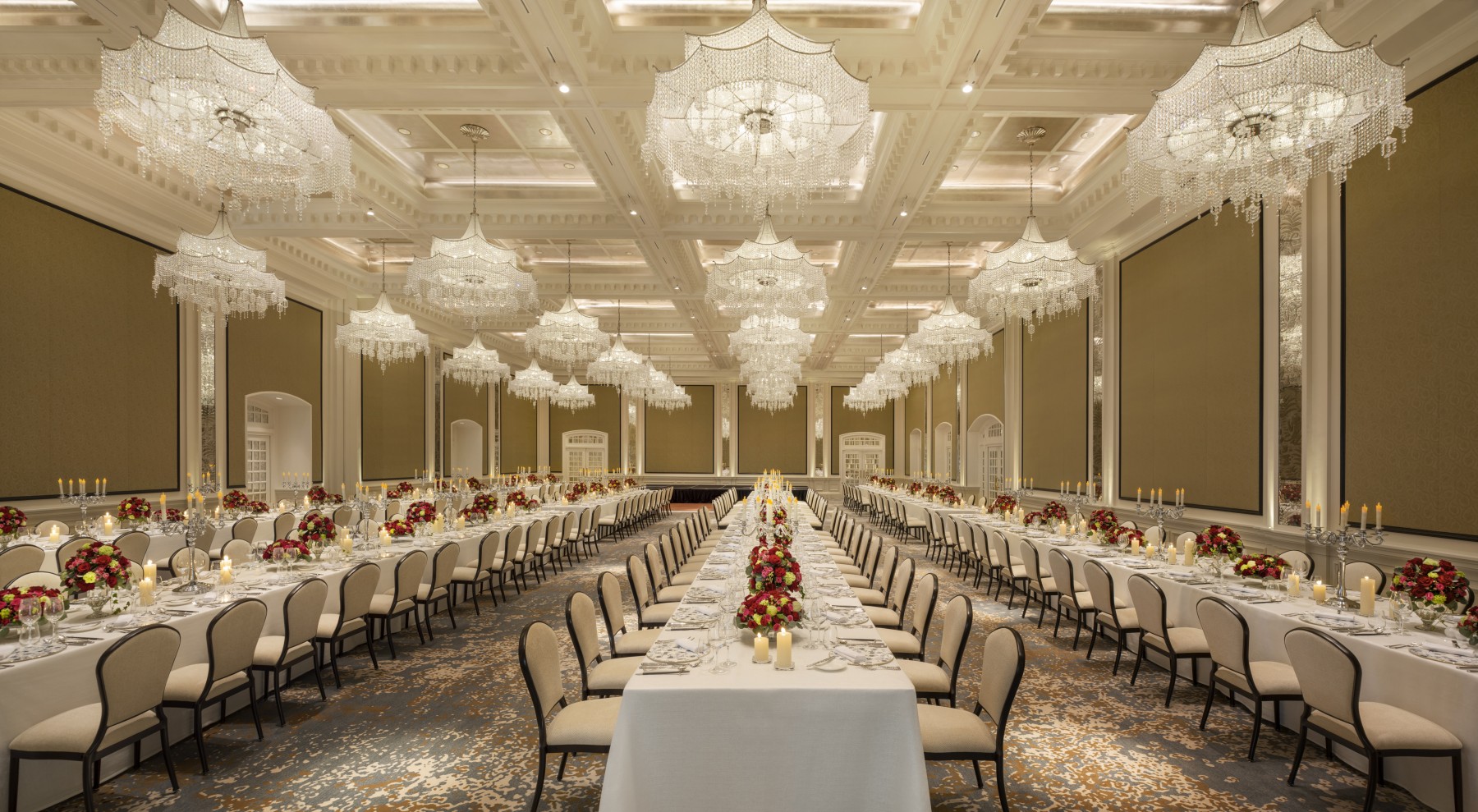 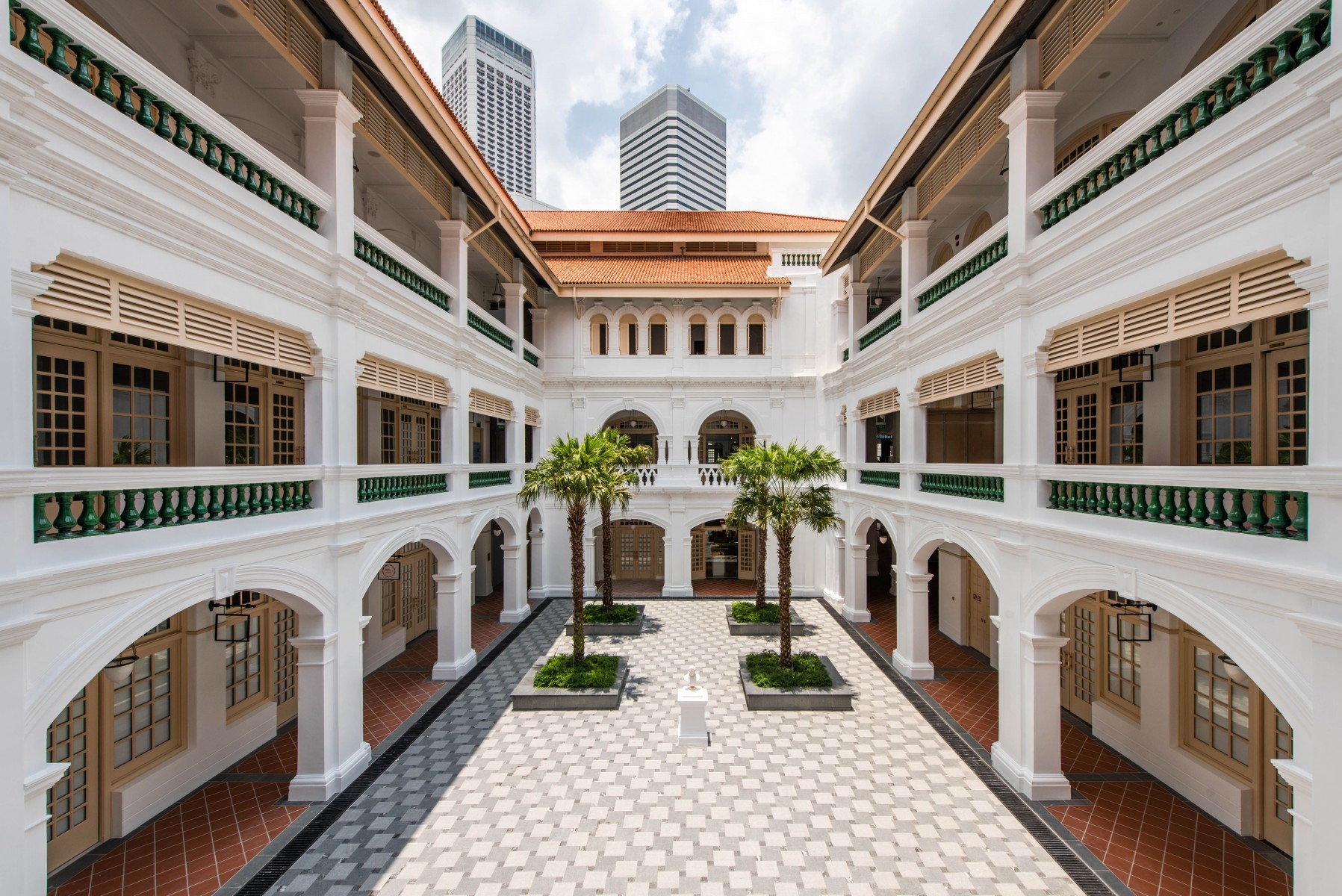