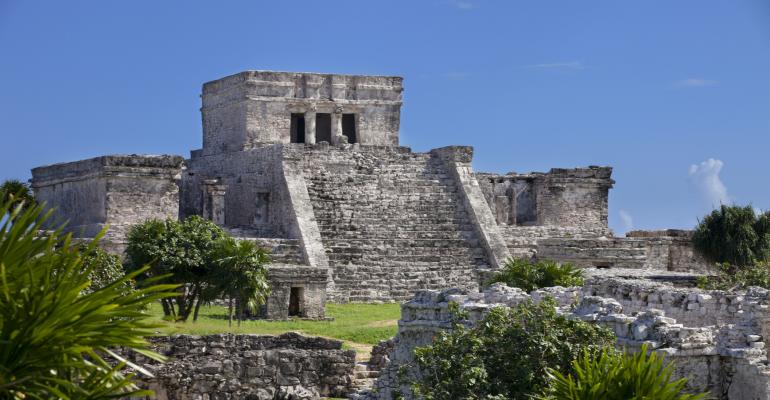 When in Rome, Drink What the Locals Drink

Global brands can be comforting, but they don't give travelers a sense of place.

Recently, I was fortunate enough to visit the Mayan ruins at Tulum National Park in Mexico. The old stone buildings are beautiful and the location on cliffs overlooking the Caribbean Sea is stunning. Although the current residents are mostly iguanas and colorful crabs, the other visitors walking around the ancient site speaking many different languages gave a sense of what the city must have felt like before the Spanish occupation and ensuing diseases forced the inhabitants to abandon the site.

It was a great experience, but one part of it was very disappointing. As I arrived at the entrance of the park, there were signs for—of all things—a Starbucks and a Subway. Now, I like a latte and sandwich as much as the next person, but on my first trip to Mexico, I was really hoping for something more… Mexican.

Meeting planners typically try to incorporate some authenticate experience of the meeting location, and that’s great, but on short trips it is hard to sample some of the best things a city has to offer. Saint Ambrose’s proverb, “When in Rome, do as the Romans do,” is good advice, but with a limited amount of time in a new city, how can you sample the Romans’ favorite coffee, or ice cream, or pizza?

One hotel chain that is trying to make it easier for travelers to really experience the location is Loews. The movement began at the Loews Miami Beach Hotel when Managing Director Alex Tonarelli began introducing local food and beverages to showcase the best of Miami. Flavor Miami now partners with 15 local artisans so that guests on a flying visit can sample Panther Coffee, Azucar Ice Cream, Miami Club Rum, and Funky Buddha beer, among others, even if they don’t have time to wander the city. The Flavor program was so successful that Flavor by Loews Hotels has now been adopted by 20 other properties, including Loews Ventana Canyon Resort in Tucson, Ariz., which features what the Food Network has called “the best tamales in America” from the Tucson Tamale Company, and the Loews Regency New York, which features Olivella Bread’s original Neapolitan pizza. While many hotels feature “locally grown” or “locally produced” items, it is nice to have access to name products that are famous in that location. Loews has made many items available in lobby areas and rooms, not just in restaurants so that guests can choose a local morning brew over a chain they can drink at home.

I, for one, am looking forward to this catching on everywhere.