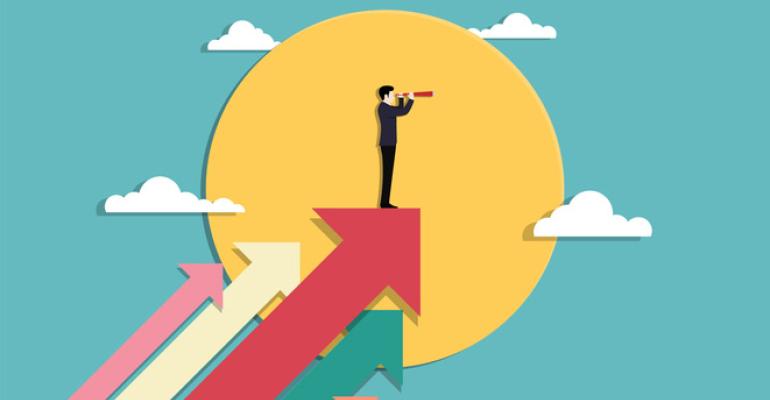 The View from Meeting Venues

IACC, the association for conference centers around the globe, released the fall edition of its Meeting Room of the Future Barometer, a survey of member venues related to Covid recovery and emerging trends.

The latest survey, conducted in October, contrasts many of its findings with the results of its spring 2022 edition, revealing some surprising differences and the fast pace of change in today’s environment. Here’s are some highlights related to virtual events, staffing, sustainability, and business volume.

When asked about changes they’ve seen around hybrid meetings in the last six months, respondents noted most frequently that virtual components were being added at the last minute to accommodate remote speakers or to accommodate attendees’ travel issues. This was more common in the Americas than elsewhere.

Hiring? Not So Fast
Like other industry suppliers, conference centers face challenges hiring their teams. Since the spring report, many operators have become less optimistic about a quick return to pre-pandemic staffing levels. One chart from the full report (see below) shows that many facilities that had expected to be fully staffed by mid-year failed to hit their target, while a growing percentage have no plans to ever return to pre-Covid levels:

Will these staffing shortages impact meeting services or amenities? The answer is yes from about one quarter of the IACC respondents. Fortunately, things are expected to get slightly better next year: Through the fourth quarter of 2022, eight percent of respondents say staff shortages will impact meetings and amenities “substantially,” while only five percent predict that for 2023.

Yet another staff challenge, however, is inexperience.  In fact, 29 percent of IACC venues reported that more than half of their workforce had less than a year’s experience, compared to 17 percent who said that in the spring survey.

Making Money
While just 13 percent of the IACC venues reported that their 2022 event volume was projected to be higher than in 2019, revenues were relatively strong. A full 28 percent reported that revenues in 2022 would beat their 2019 levels.

The fall Meeting Room of the Future Barometer includes responses from 98 venue operators, with 59 percent of those respondents from the U.S. and Canada. Read the full report here.